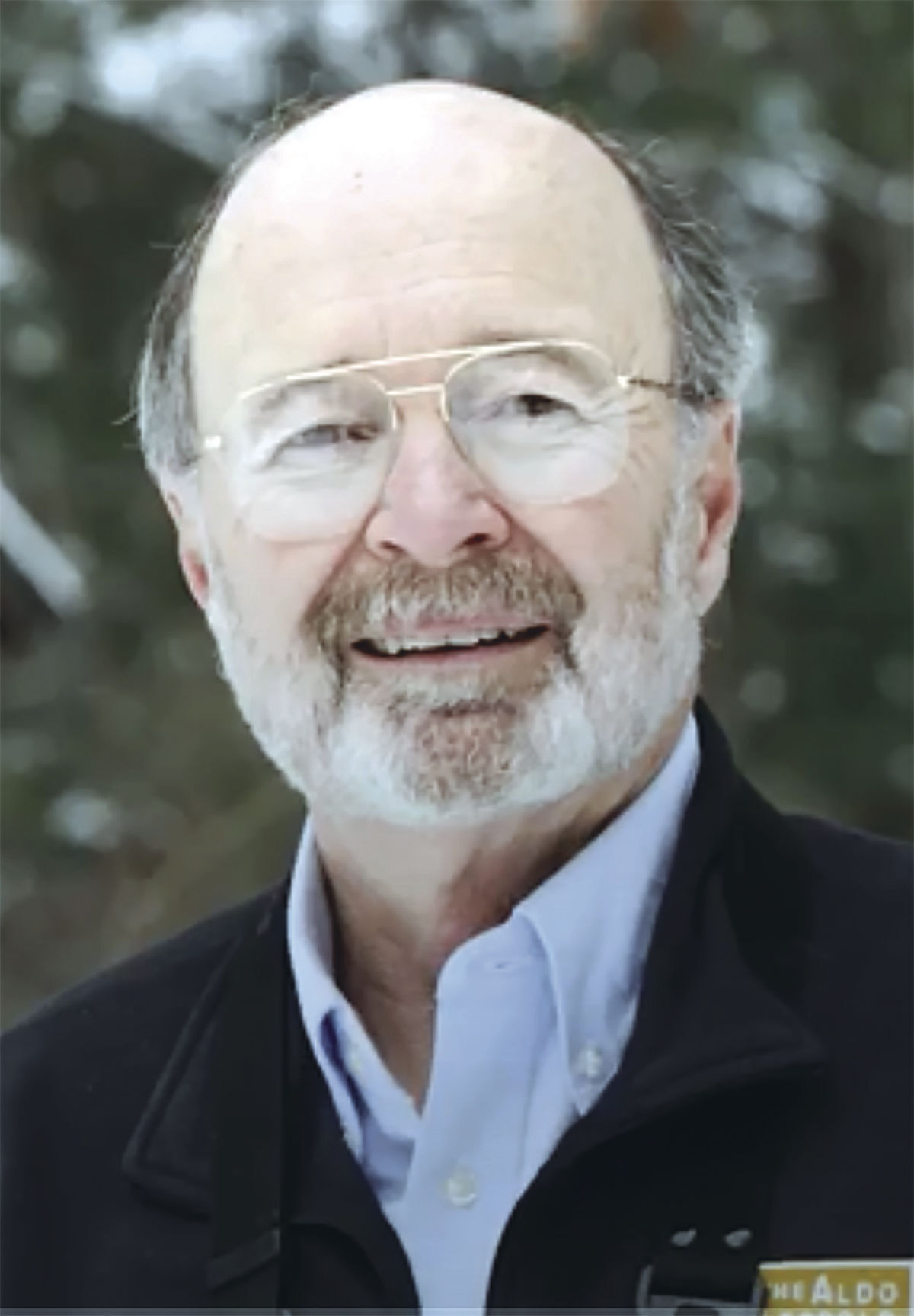 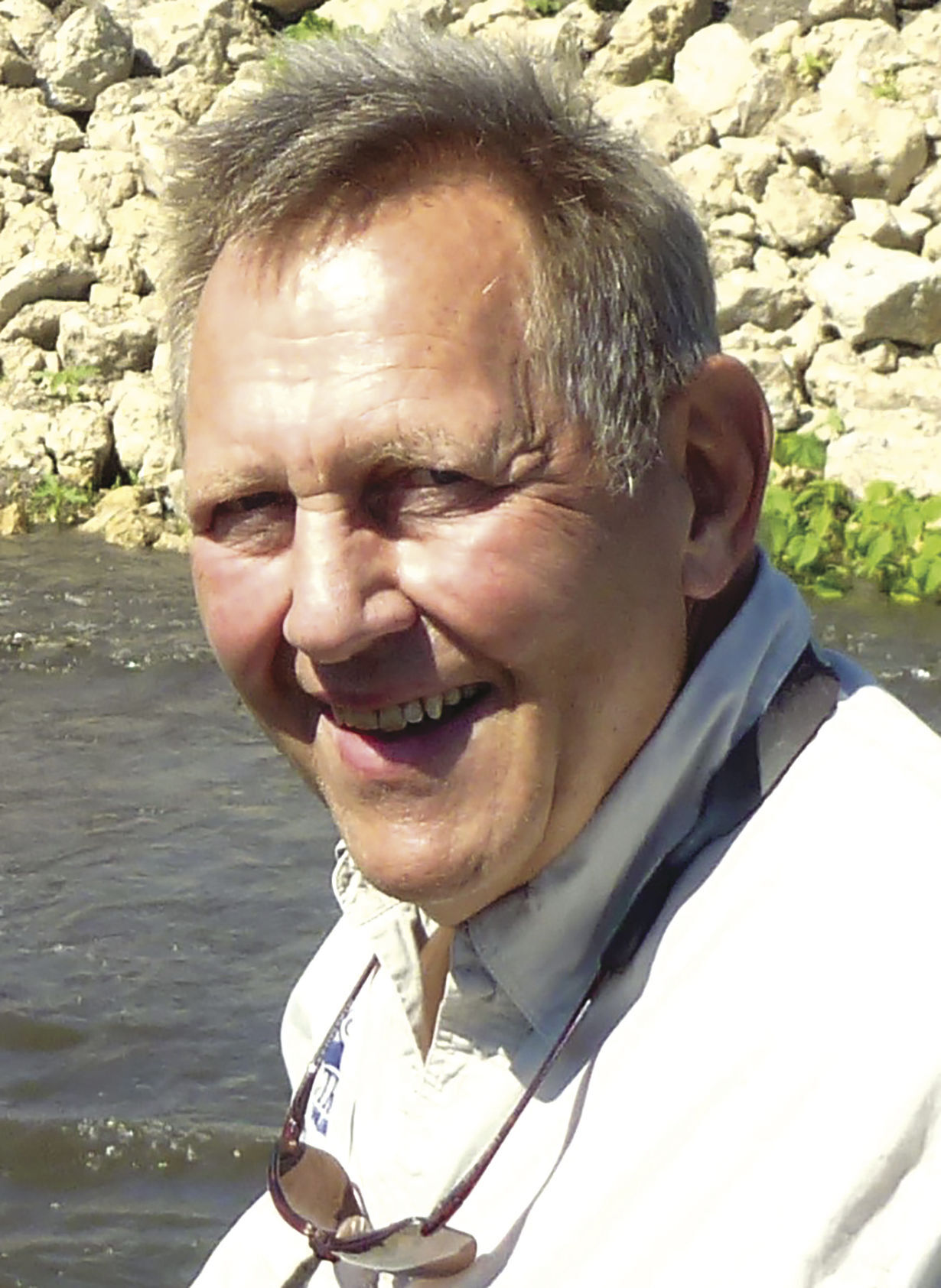 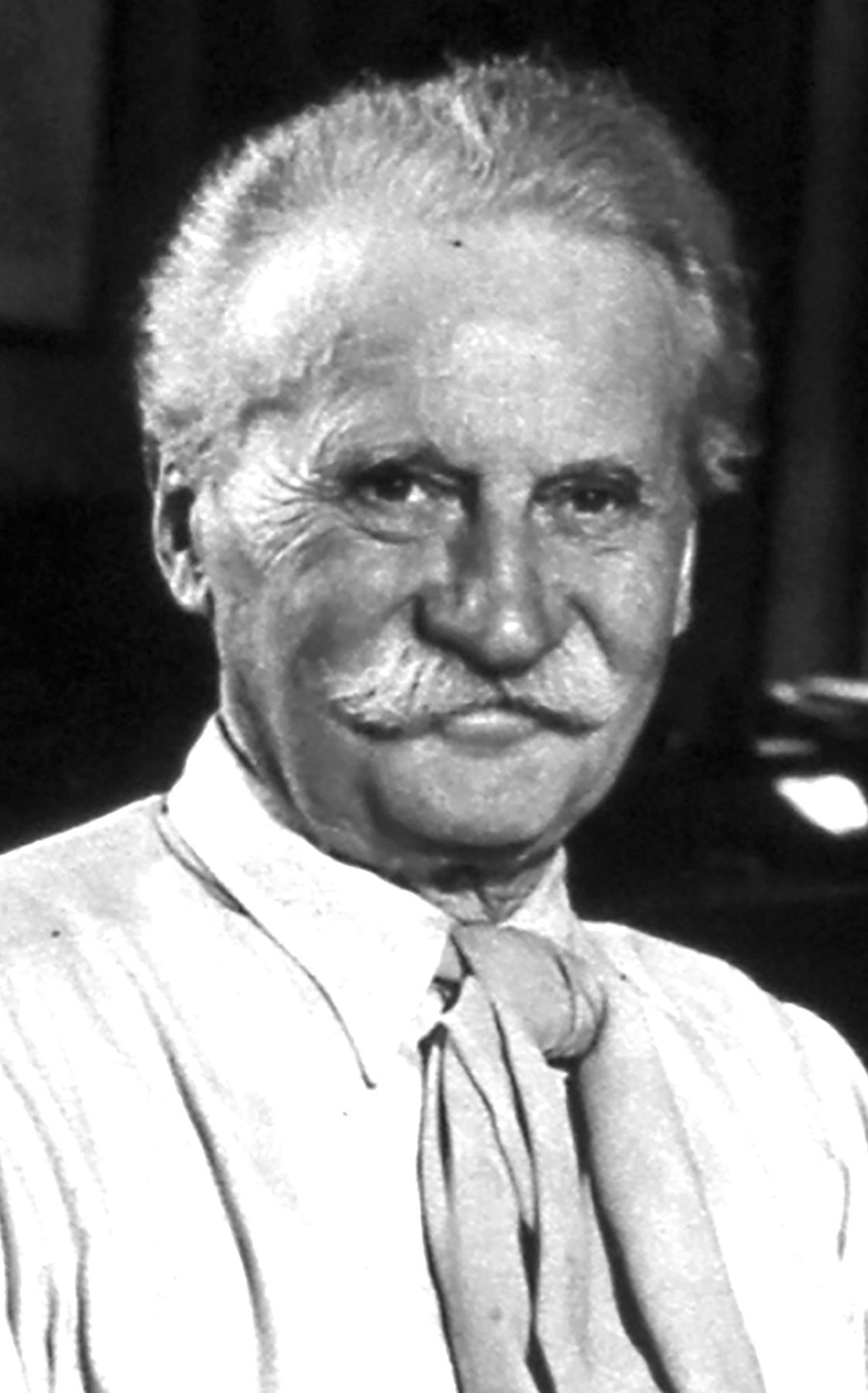 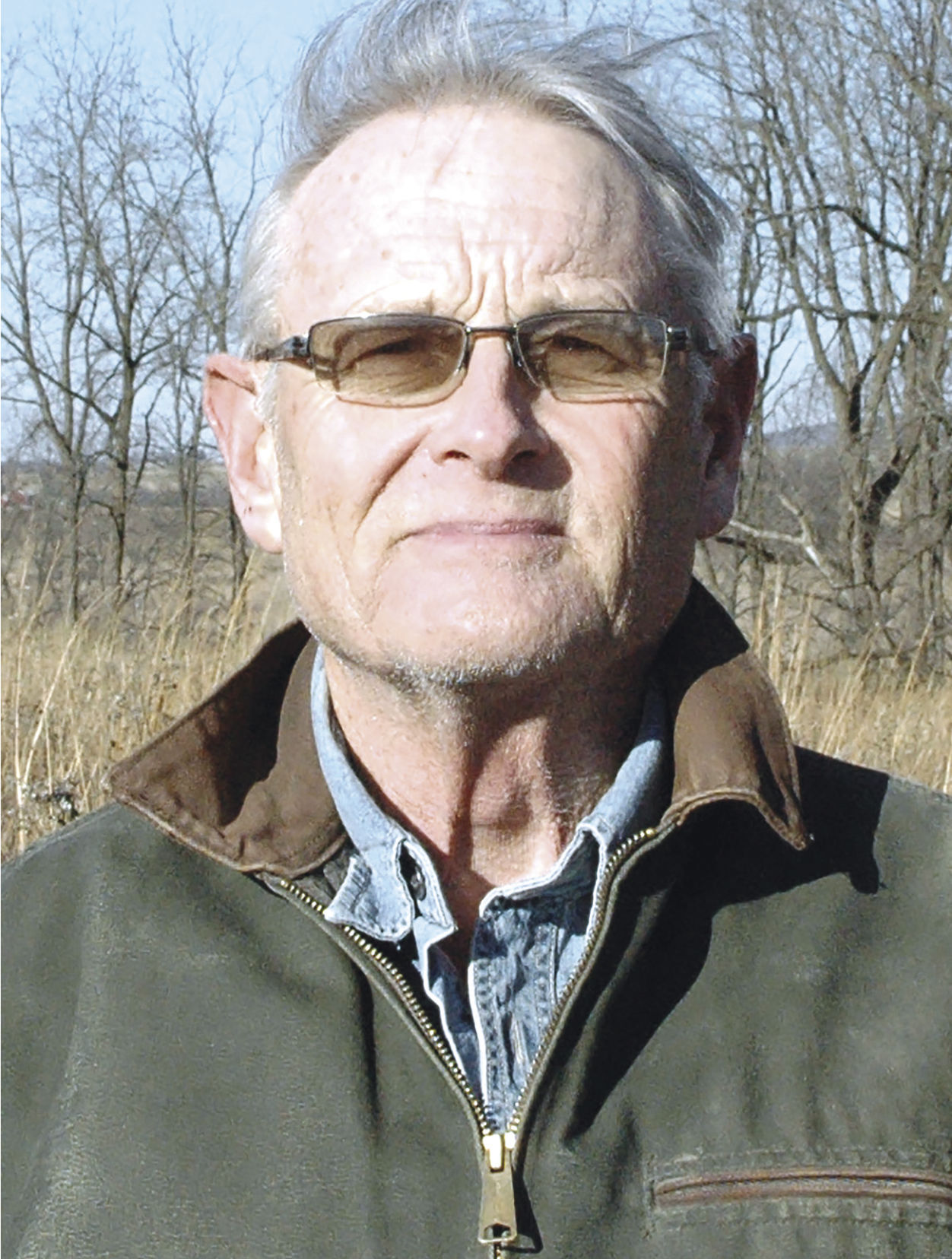 No one enshrined in the Wisconsin Conservation Hall of Fame gets fitted for a gold jacket with an iconic breast crest to wear for the ceremony.

Even so, those inductees still with us dress appropriately, right down to their shoes.

That’s why “nature lady” Lorrie Otto (1919-2010) purposely wore red gym shoes to her induction ceremony in 1999, and pointed them out before speaking at the Sentry Elm Theater in Stevens Point.

As events unfolded a year ago, the three 2020 WCHF inductees could have remained barefoot in their pajamas when mid-April’s induction day arrived. Thanks to COVID-19 restrictions, Professor Stanley Temple, a UW-Madison ornithologist; Professor Stephen Born, a UW-Madison water-resources authority; and Jens Jensen (1860-1951), the “Frank Lloyd Wright of landscape architecture,” had to wait a year to make their induction official.

Unfortunately, a formal ceremony isn’t possible this year, either, because of COVID-19, so they’ll enter the Hall of Fame April 24 in a virtual induction ceremony. Joining them that day will be this year’s inductee, Gary Eldred, a self-taught expert in identifying and preserving southern Wisconsin’s prairie habitats and their rare plants.

The inductions will be held every two hours that day, beginning at 9 a.m. for Born, and then 11 a.m. for Jensen; 1 p.m., Temple; and 3 p.m., Eldred. To register for these online events, visit https://wchf.org/2021induction/. Each session lasts 45 minutes to an hour.

What’s too often overlooked with famous, historical, intelligent people is that they were usually everyday folks with whom you’d enjoy hanging around, swapping stories. In fact, some of them were masterful storytellers.

Temple, for example, regularly leads tours in his role as a senior fellow with the Aldo Leopold Foundation near Baraboo. He’s not only an authority on Leopold, but can discuss endangered birds, the nuances of invasive species and habitat fragmentation, and the many nuanced reasons some species decline.

Much of Temple’s knowledge comes from helping graduate students conduct research, and from his own firsthand fieldwork near home and overseas. Temple’s work wasn’t without risk, either. While banding rough-legged hawk nestlings in Alaska in 1968, he stood upright just as an adult hawk buzzed his head to let him know it resented his intrusions.

The head-on collision knocked bird and biologist out cold onto the cliff ledge. “I’ve been hit by great horned owls, too,” Temple said. “It felt like someone fast-pitched a softball into my head. That’s why a lot of biologists wear a hardhat when checking the nests of large birds of prey.”

Eldred, meanwhile, looks back on his achievements and knows few could follow his conservation path. “It was a truly amazing, exhilarating route,” he said. “I didn’t have a college education so I couldn’t be a scientist or researcher. But I got real good at identifying rare plants and prairie habitats. They’re little islands surrounded by miles of farmlands or developments. Some projects required over 25 years of patient work.

“I was (a limited-term employee) with the DNR 30 years; working seven months and laid-off for five,” Eldred continued. “I had to keep adjusting my goals. I knew a lot of DNR people who loved their jobs, but then they’d get promoted and spend all their time supervising people and shuffling papers. They lost their passion for the job. I never had to worry about that.

“My career also worked out because I never got married. If I had had a wife and kids, I couldn’t have thrown myself into it the same way. My pension fund today isn’t great, but I have no regrets. What I accomplished was worthwhile.”

Born, meanwhile, is so well-known as a fly-fisherman, fly-tier, and trout-fishing authority that it’s easy to overlook this professorial expertise in environmental planning and water management. He knows every facet of managing rivers, groundwater and inland lakes; as well as their roles in the larger watershed.

Born was also renowned for his unsurpassed catch-and-release hunting skills in the squirrel woods, and he once rowed a boat while fishing for bass with the writer George Vukelich. He also rowed a muskie boat on Beaver Dam Lake in Ashland County with political strategist and sportsman Martin Hanson. Afterward, Born and Hanson sat down for dinners, discussions and debates with folks like Sen. Nelson, Congressman David Obey, and Louis and Annie Hanson.

Decades earlier on Wisconsin’s far eastern edge in Door County, Jens Jensen was founding “The Clearing,” a “school of the soil” that taught philosophies and awareness of native landscapes. Jensen’s campus for landscape architects—which earned a place on the National Register of Historic Places in 1974—provided time and freedom for his writing, speaking, organizing, and conservation advocacy.

Jensen worked his landscape-architecture magic across the upper Midwest from the late 1800s to mid-1900s, becoming possibly the first designer to promote and use native plants in his work. He loved the Midwest’s prairies, which inspired hundreds of his projects, including Racine’s original park system, and many estates on Lake Geneva.

Jensen believed natural environments have profound effects on people. He also thought that understanding the culture and ecology of your home region is a basic requirement of “clear” thinking. Those who read his columns in the Capital Times newspaper from 1938 to 1946 considered him an astute, prolific and outspoken writer. His topics included highway improvements, unplanned urban sprawl, and park proposals for Door County shorelines.

Chances are many Wisconsinites have never heard of Born, Temple, Eldred or Jensen. Even so, we’ve all benefited from their work.

Don’t take my word for it. To learn how and why these four talented, devoted conservationists earned their place beside the WCHF’s other 96 inductees, visit the Hall’s website (wchf.org).

Brace yourself to feel proud, grateful and humbled.