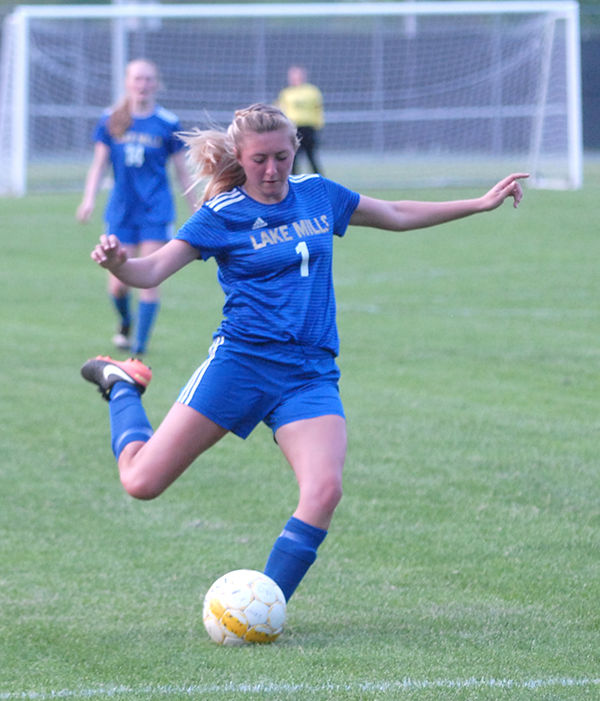 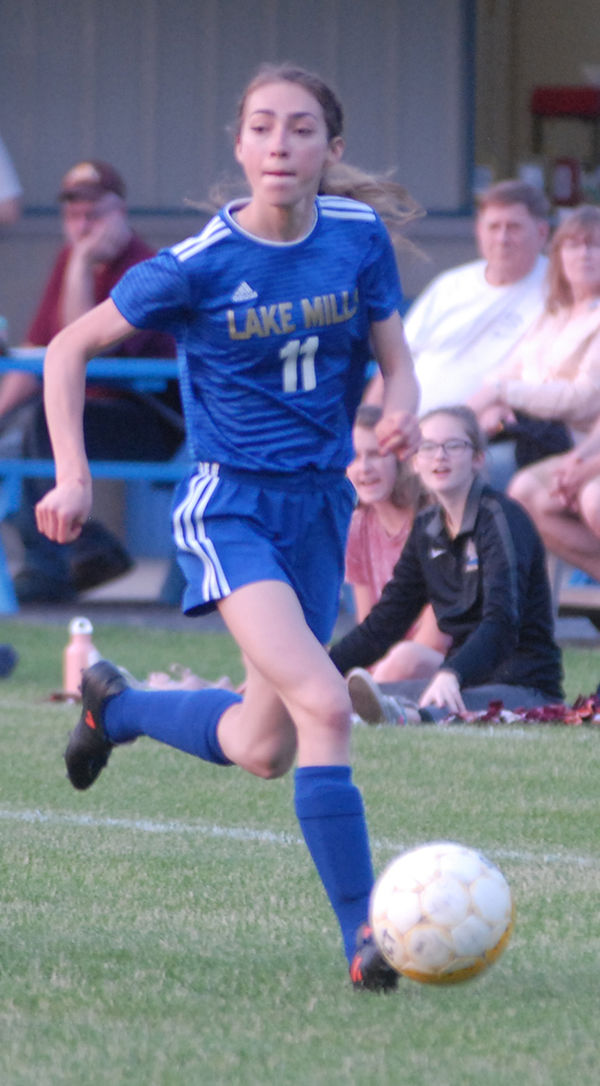 Stelter added her fourth goal of the game in the 47th minute on junior Mia Kroll’s second assist for the L-Cats (10-2-5).

“Once we started stringing the ball to feet again, we opened up lots of opportunities to different girls and that got us going,” Lake Mills girls soccer coach Jeff Hegstrom said.

Sophomore Ava Wollin scored an unassisted goal in the 5th minute and Kroll scored off a Stelter assist a minute later.

Stelter had three assisted goals before intermission, pushing the lead to 5-0, against Lomira’s offside trap defense.

“They had a tricky offside trap going on and (Stelter) had to battle a little adversity there,” Hegstrom said. “She had some touches and nice finishes. I challenged her to put some in the back of the net from outside the 18. She hit some of the best goals we’ve seen all year.”

Lake Mills has worked in practice to diverse its offensive attack and the dividends are starting to be seen.

“Our midfield was running really well underneath (Stelter),” Hegstrom said. “That’s something we’ve been working hard on. The last five to seven games we’ve been supporting our attack.

“Our stoppers, (Ashli) Patrick and Erin Strauss, are doing a nice job of swinging around the back. It’s nice for our offense to be multidimensional, we can go direct and also possess.”

Ashley Buth and Vivian Guerrero each stopped one shot.

“We built a lot of confidence tonight and have a lot of happy girls,” Hegstrom said. “It was a good team win. We just hope to build on it going deeper into the playoffs.”

The L-Cats host 11th-seeded Ozaukee in a regional final contest on Saturday tentatively planned for 1 p.m.