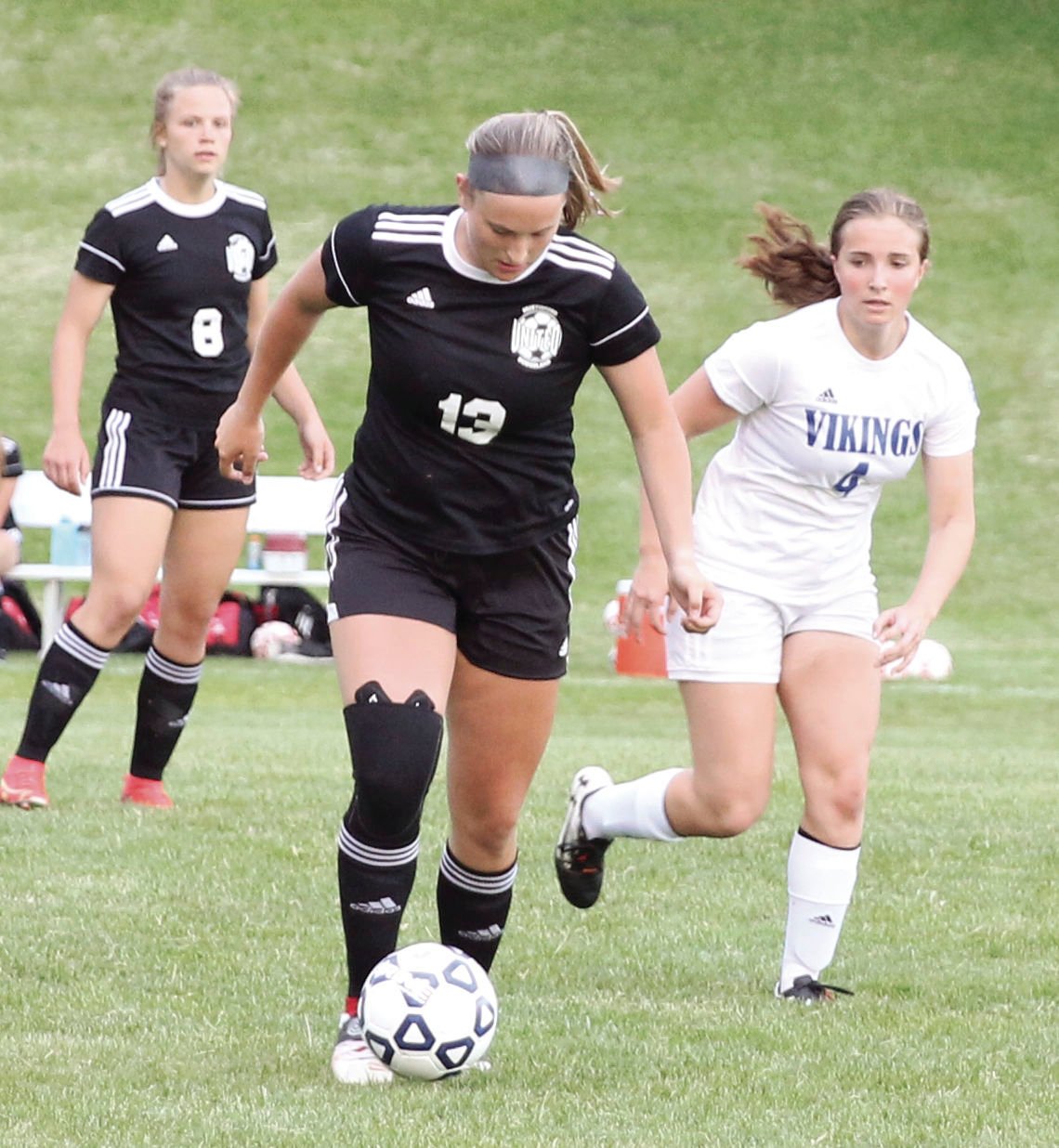 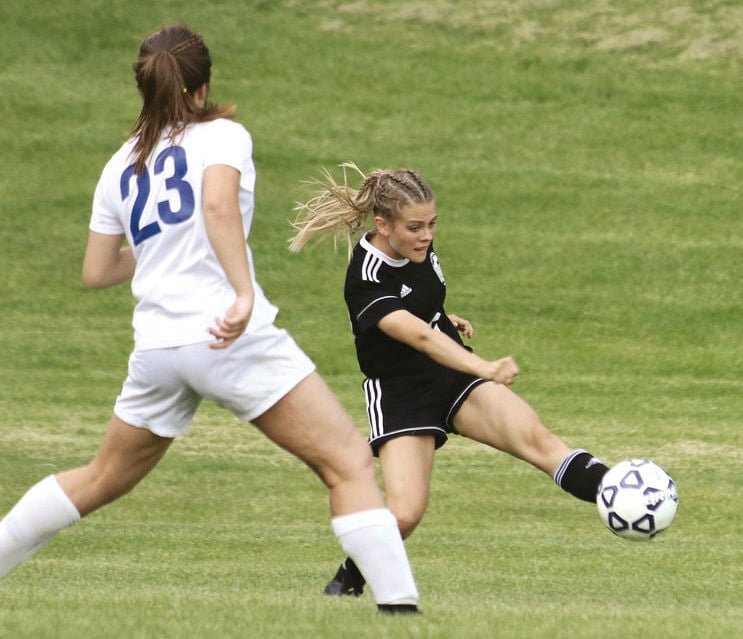 Hustisford/Dodgeland's Brielle Blome plays the ball up during a Flyway Conference girls soccer match against Winnebago Lutheran Academy on Thursday in Hustisford. HD United won 1-0 to clinch the conference title. 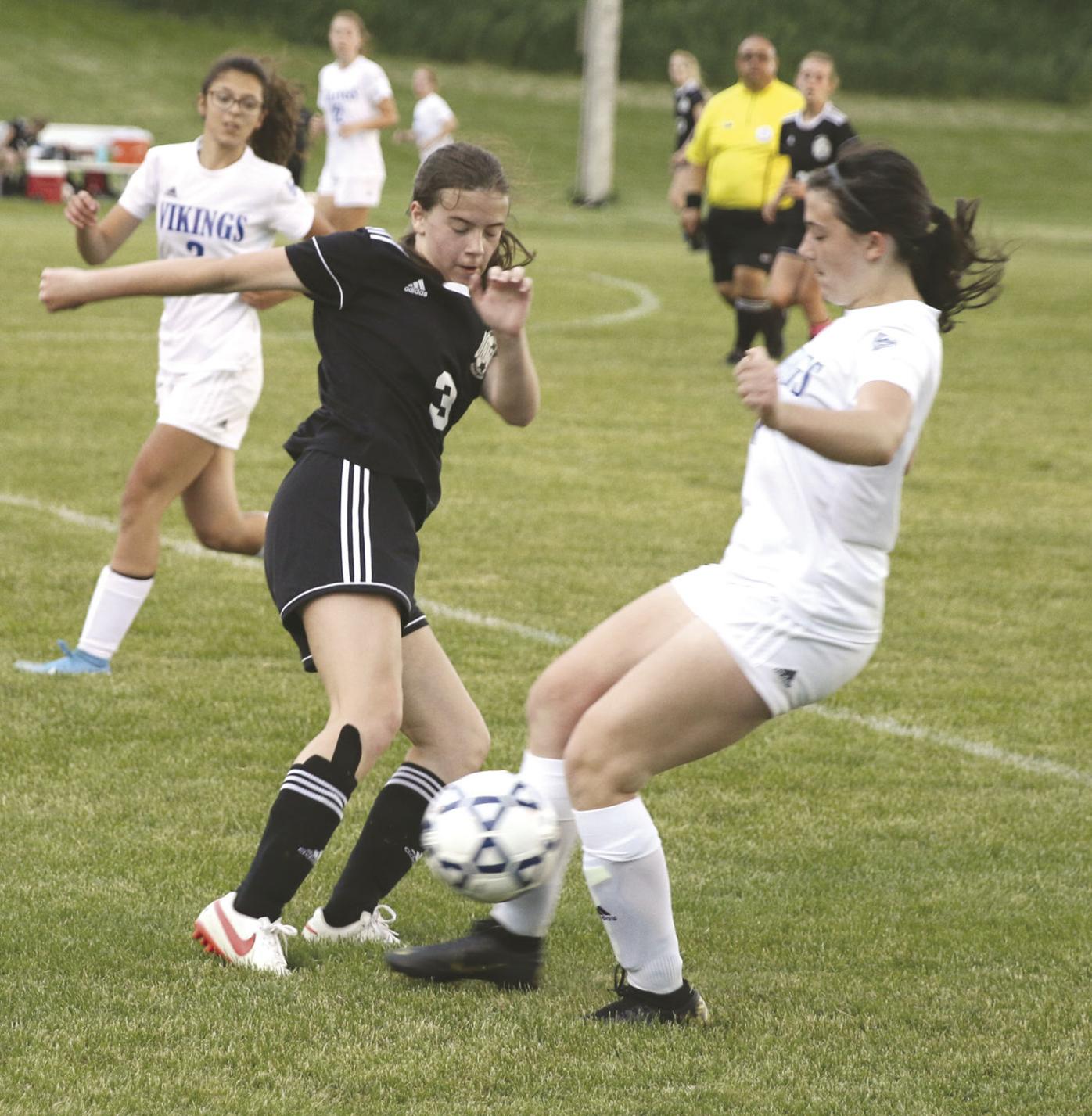 Hustisford/Dodgeland's Brielle Blome plays the ball up during a Flyway Conference girls soccer match against Winnebago Lutheran Academy on Thursday in Hustisford. HD United won 1-0 to clinch the conference title.

HUSTISFORD — Junior striker Rylie Collien’s unassisted goal in the 12th minute was enough for Hustisford/Dodgeland’s girls soccer team to clinch its first Flyway Conference title since 2005 with a 1-0 victory over Winnebago Lutheran Academy on Thursday.

On the winning goal, Collien knocked down an attempted clear by the defense, took a turn to her right and fired a hard shot to the left of the keeper.

“The keeper got a hand on it, but it had so much speed and power on it, it rolled into the goal,” Hustisford/Dodgeland girls soccer coach Otto Hopfinger said. “Rylie shoots with a lot of power.”

Hustisford (9-0-1, 6-0-1 in conference) got the early goal and made it stand up despite losing Brielle Blome and Latticia Snyder to injury later in the match.

“We managed to hold on,” Hopfinger said. “We had people who stepped up and filled in on Senior Night. Alena Beisbier was not feeling well and she probably played 85 minutes. Tristin Bischoff played all 90 minutes. She’s our backbone. She’s our Energizer Bunny. She just keeps going.”

“Our keeper had to make a couple big saves late in the game,” Hopfinger said. “She was coming out nicely on both of them. There was one dangerous play with two minutes left in game. Their leading scorer popped through our defense, got a one-on-one with Jadyn and juked her. The shot hit off the crossbar, but Jadyn jumped on the rebound.”

Hustisford/Dodgeland has finished second in the conference 12 times since its last league title.

“Every time we were second, it was by a half-game, or because of a tie,” Hopfinger said. “I am incredibly proud of this team. They were not going to be beaten, not with the effort and desire they played with tonight.”

HD United hosts Mayville in the annual Pink Game on Monday at 7 p.m.