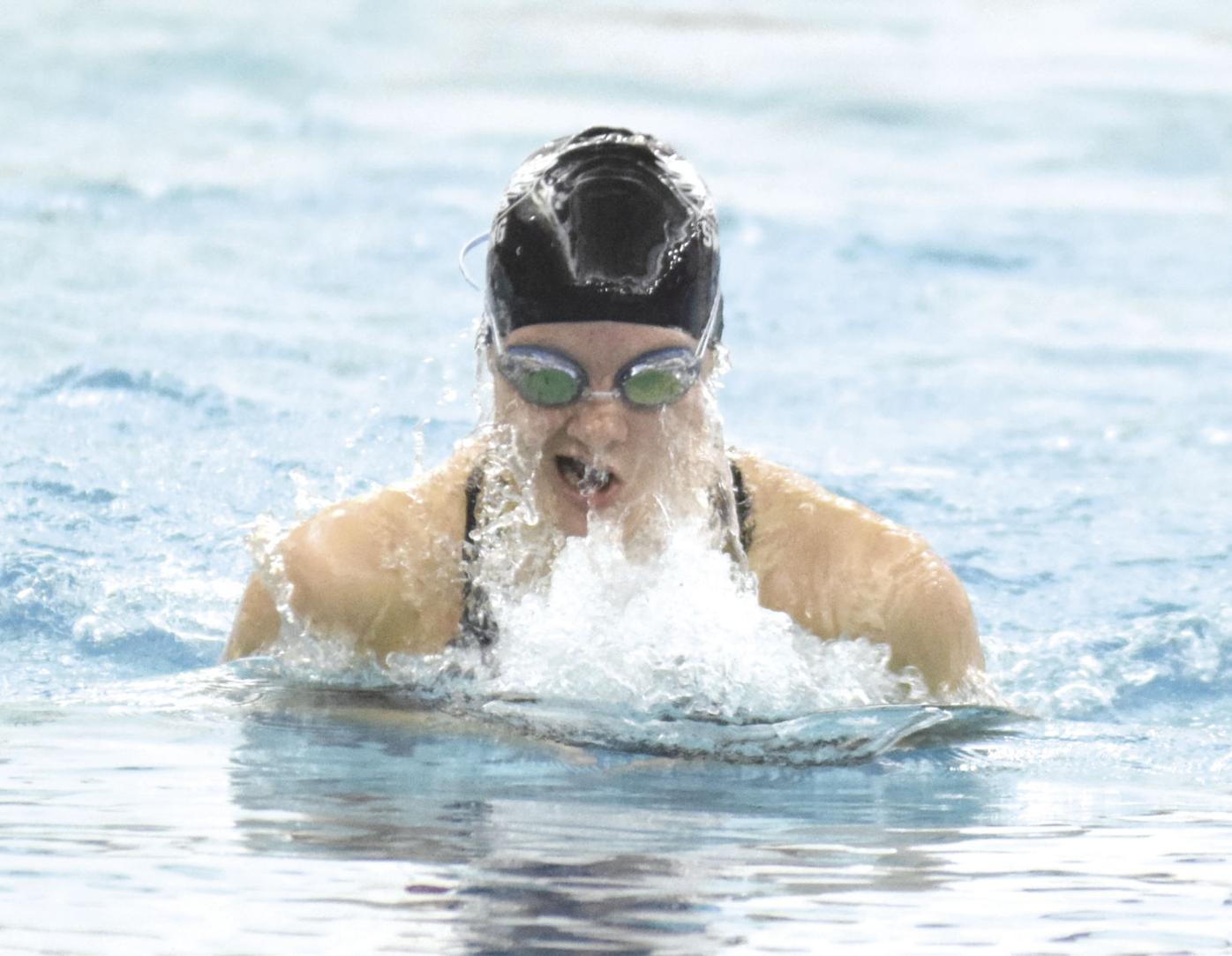 WAUKESHA — Despite competing against some Division 1 schools as part of a one size fits all format, Jefferson/Cambridge swimmers managed to make a splash at the 2020 WIAA Girls Alternate Fall State Meet on Tuesday at Waukesha South High School.

The EagleJays earned medals in four events and placed ninth out of 29 scoring teams with 102 points.

Jefferson/Cambridge’s 200 medley relay team of freshmen Jordyn Davis and Zoey Rank, sophomore Emma Riedl and senior Josie Peterson placed fifth in a time of 1 minute, 48.81 seconds. The EagleJays improved on their seed time in this event by .65 of a second.

Peterson earned a third medal individually, placing sixth in the 50 yard freestyle in 24.23. The time was an improvement on her seed time by .58 of a second. She touched out DeForest senior Ava Boehning, who beat her in this event during a regular season meet, by five tenths of a second to earn the final spot on the awards podium.

Rank also finished 11th in the 200 yard intermediate medley in 2:12.22, which matched her seed time entering the event.

Davis also earned an 11th place finish individually in the 100 yard butterfly with a time of 59.57. That was just over a quarter-second slower than her seed time.

"We knew going into sectionals that a combined Division 1 and Division 2 Alternate Fall State tournament would bring some additional depth to the competition today and this group of girls stepped up to the challenge," Jefferson girls swim co-coach Alyssa Hotter said. "Tonight we had a total of four podium appearances by the 200 Medley Relay, 200 freestyle relay, Josie Peterson in the 50 freestyle, and Zoey Rank in the 100 breaststroke.

"Co-coach Maddie (Volk) and I talked in the beginning of the season about how we wanted to continue to build off of the momentum from the boys season and continue to update our record board. The girls team rose to the challenge breaking seven school records throughout the season and updating five of them tonight.

"We are incredibly proud of this group of girls. They have been leaders of the team from the beginning of the season and watching them continue their success into the very last week of the season has been a pleasure."