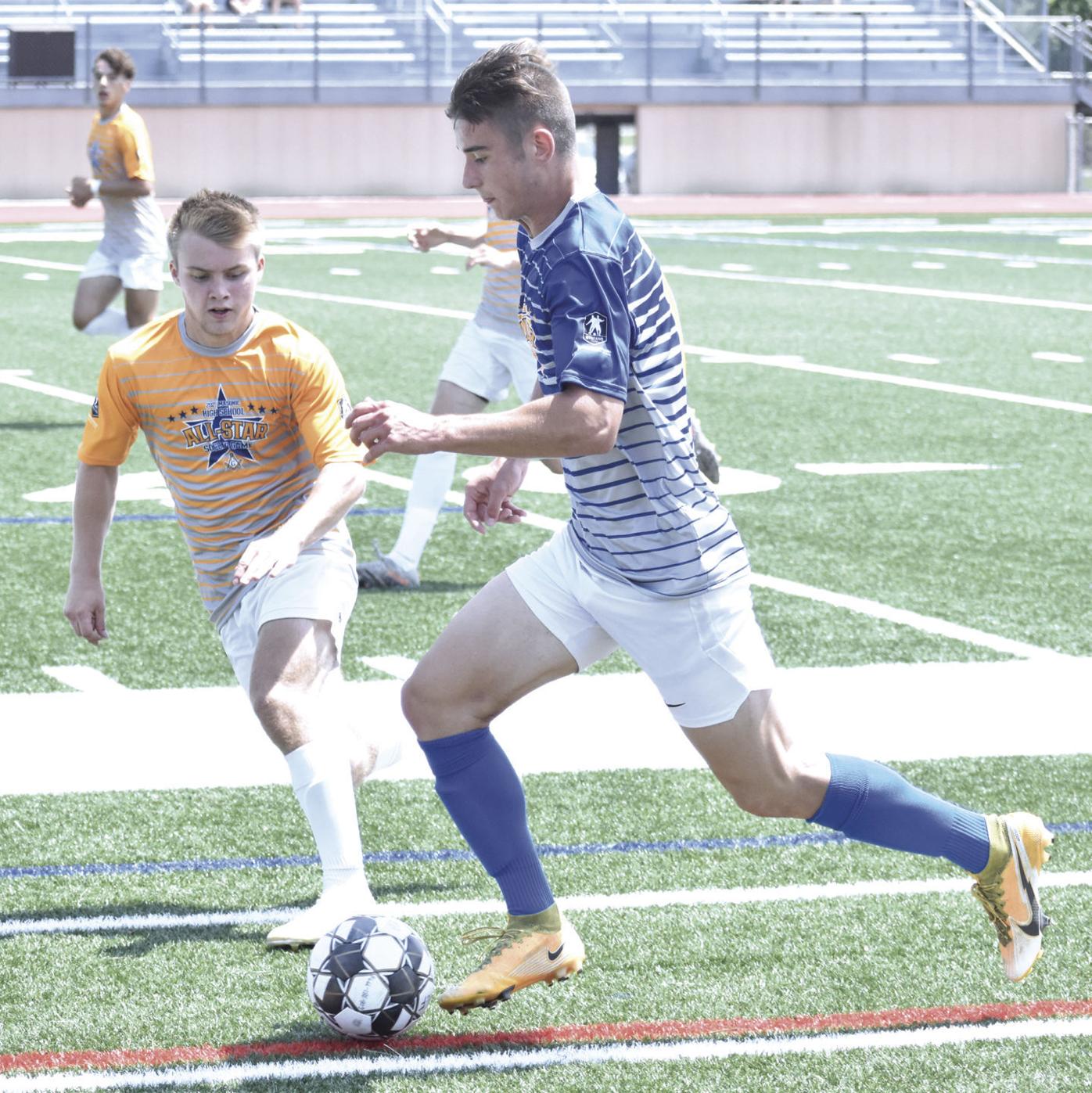 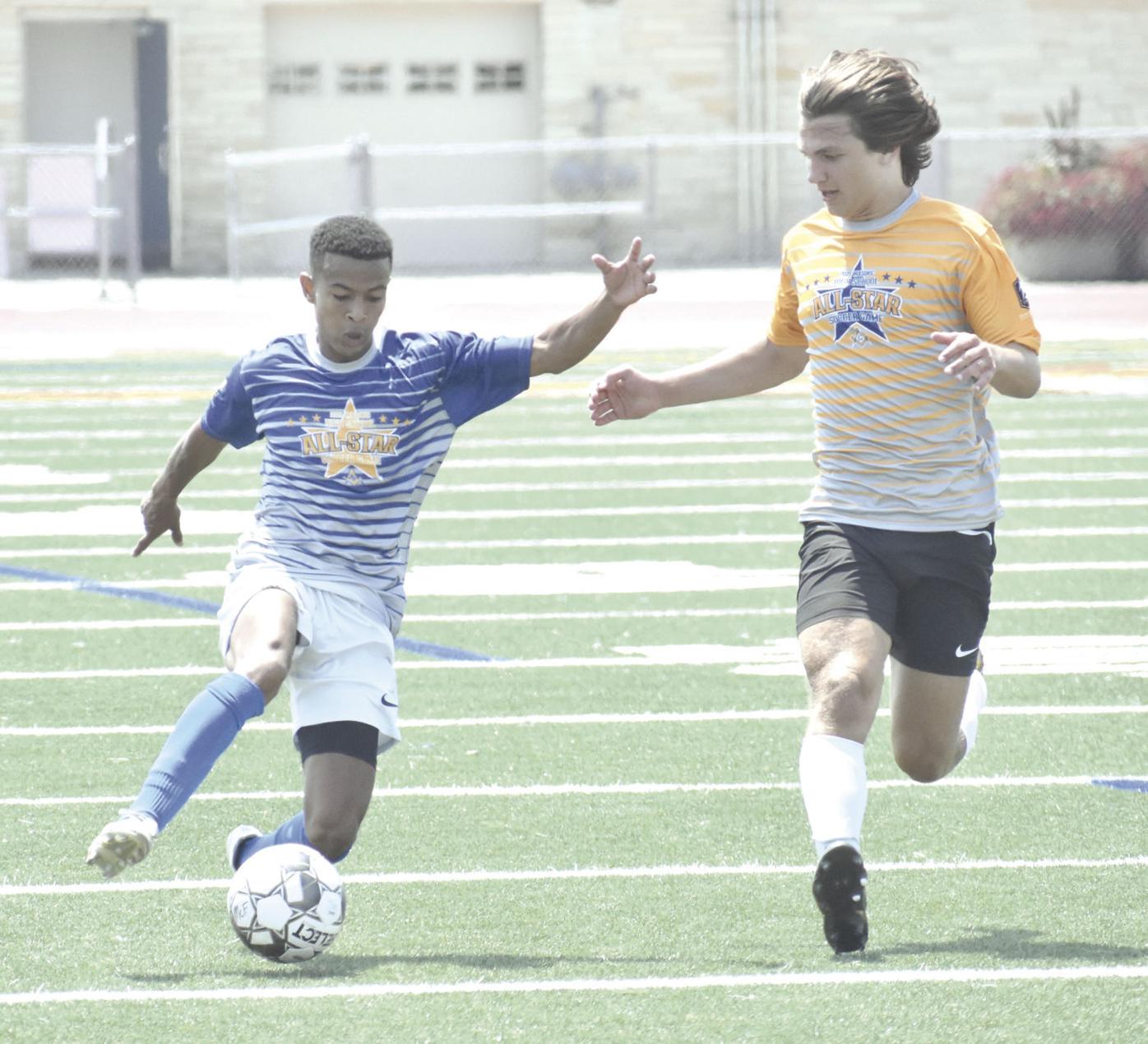 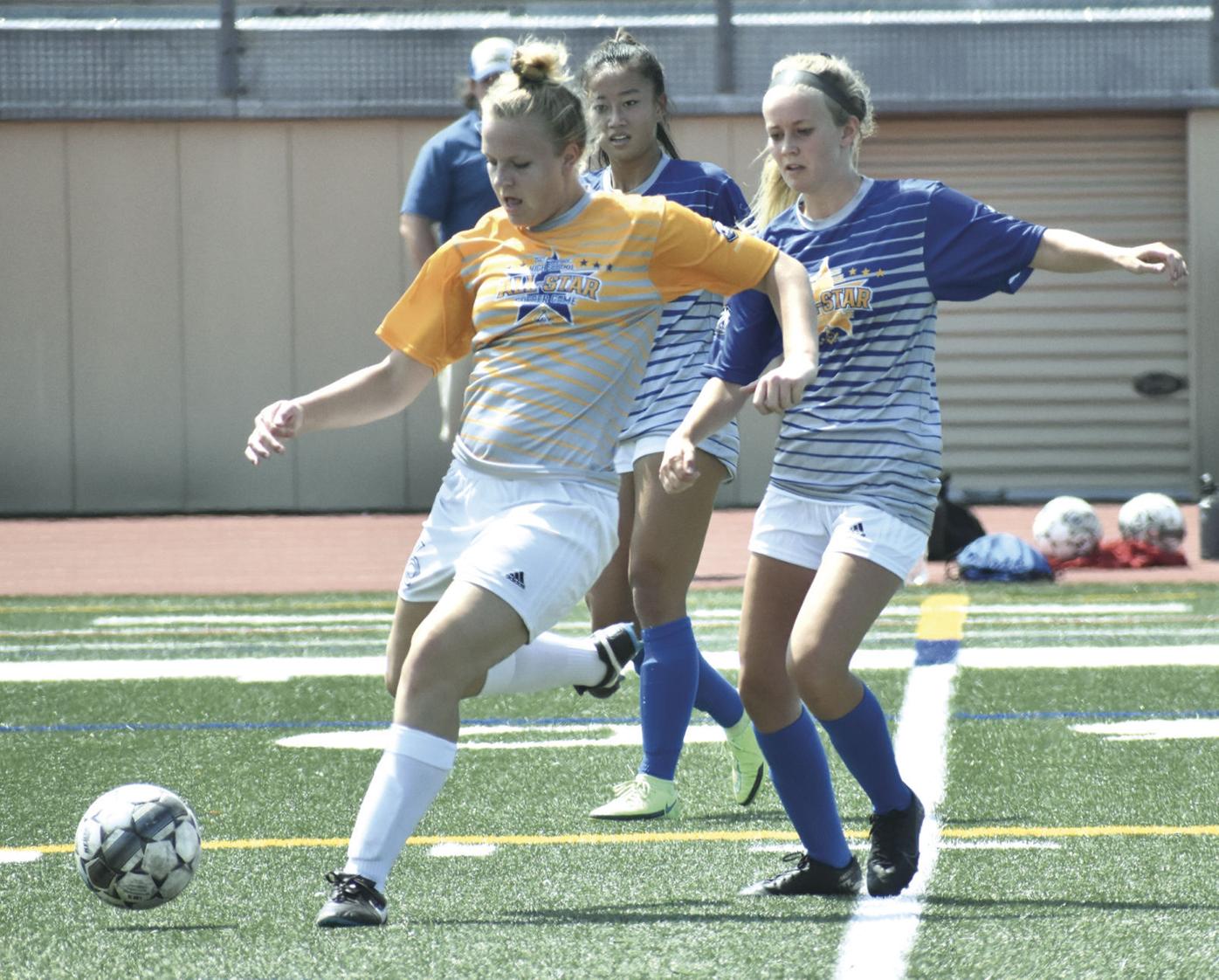 WAUWATOSA — The club experiences which helped make Watertown senior Ethan Kratzer the soccer player that he is made him feel right at home on Saturday.

Kratzer played center back and outside back for the Blue Team during the Wisconsin Soccer Coaches Association/Masonic Boys All-Star Game at Hart Park. Though the opposing Gold Team won 2-0 on a pair of second half goals, Kratzer looked very much at home playing with some of the best players in the state.

“It was super fun, especially since not many people from Watertown come up to this,” Kratzer said. “Even though we lost, I feel like it was still a great experience. It is (like playing in a club game), but with a bunch of other great players. Especially on this turf, it’s really fast, so it’s back to the club days where it’s really high quality. Very quickly paced.”

Oconomowoc’s Daniel Brennecke broke a scoreless tie in the 55th minute, timing his leap over Kratzer on the far post and heading in a perfectly served corner kick. Whitefish Bay’s Seb Pandovski knocked in a rebound seven minutes later to complete the scoring.

Kratzer got an opportunity to play up late in the match and had one of the Blue Team’s best scoring opportunities at the 73-minute mark. His bending strike from the left side near the edge of the box missed the crossbar by the slimmest of margins.

That kind of touch on the ball should serve the All-State selection well when he competes for the Carroll University men’s soccer team starting this fall.

“The coach at Carroll, he came out to some of our high school games, so he saw me and we started talking and he brought me in and he gave me a little campus tour,” Kratzer said. “I really like it, because it’s small like my high school. I looked more into it and I liked their soccer team. I decided to go there.”

It was clear during and after the match that several of these club veterans enjoyed one final chance to match up to close out their prep careers.

“I got to see some of my past friends, like John Wilke from Lake Mills,” Kratzer said. “It was great to see him. We re-connected.”

Wilke also showed off his All-State credentials in this match. The four-year standout forward/midfielder made several speedy runs into the attacking third and just missed on a couple of glorious scoring opportunities.

He headed a bullet pass into the middle of the penalty area over the bar in the first half. Early in the second half, he had a loose ball on the back side come right to him, but he wasn’t quite tall enough to make the adjustment with his body and his feet slipped out from under him as he tried to make the play.

“I’m too short,” Wilke said. “I couldn’t get to the ball. I was trying to and I totally missed. If I was an inch taller, I would have had a foot on it. It would have been an easy goal.”

Like Kratzer, Wilke enjoyed the chance to match up with elite competition at every position on the field.

“We’ll see how it goes,” Wilke said. “I am going to try to keep playing soccer.”

Watertown senior Aubrey Schmutzler didn’t even know there was such a thing as the All-Star Game. She’s certainly glad Watertown girls soccer coach Julie Muse suggested she apply for a spot on the team, and was delighted to be selected.

Starker fired a hard shot at the Blue keeper which skipped off her hands and into the net just two minutes in. Franceschi put the Gold up 2-0 with an unassisted goal at the 22-minute mark. The Blue Team scored twice in the first six minutes of the second half to tie it, but Keiper answered moments later, dropping a long free kick over the keeper for the game-winner.

Schmutzler came off the bench in each half, playing for about 60 minutes total. Though she was outclassed in the speed department, every one of her touches was effective at clearing or distributing the ball, and drew several “good ball” shout outs from teammates and coaches.

The senior defender definitely wasn’t outclassed in the physicality department matching up against gifted players who trended more on the finesse side of the equation. The two Blue goals were scored when she wasn’t on the field.

“It was so amazing,” Schmutzler said. “I am so glad I got to play with these girls. Obviously, I didn’t want my last game to be a loss and now, finally, it’s a win. My last high school game ever is a win. I am so excited.

“I may not have contributed a whole lot, but I feel honored to be a part of this team. I feel this was top 30 girls in the state, and they were all seniors.”

“I was really excited,” Schmutzler said. “I told (coach) I played six and not defense and that’s where he put me, so I got to play on offense, which was awesome. I have played defense my entire life, so I was really excited. This was such a great group of girls, not just athletic wise. They were just kind and intelligent. This was amazing.”

Schmutzler is headed to UW-Whitewater and plans to take part in ROTC training. She is hoping to continue her soccer career as a Warhawk if her schedule permits it.

“Most likely I will,” Schmutzler said. “I think I can handle it. (What I love about soccer is) the team camaraderie. I like the physical aspect of it. I have always loved watching it. I started playing it when I was four. My coach thought my parents put me on the ‘roids, because I was just dribbling around people. I’ve just been kind of good at it and I have always loved it.”