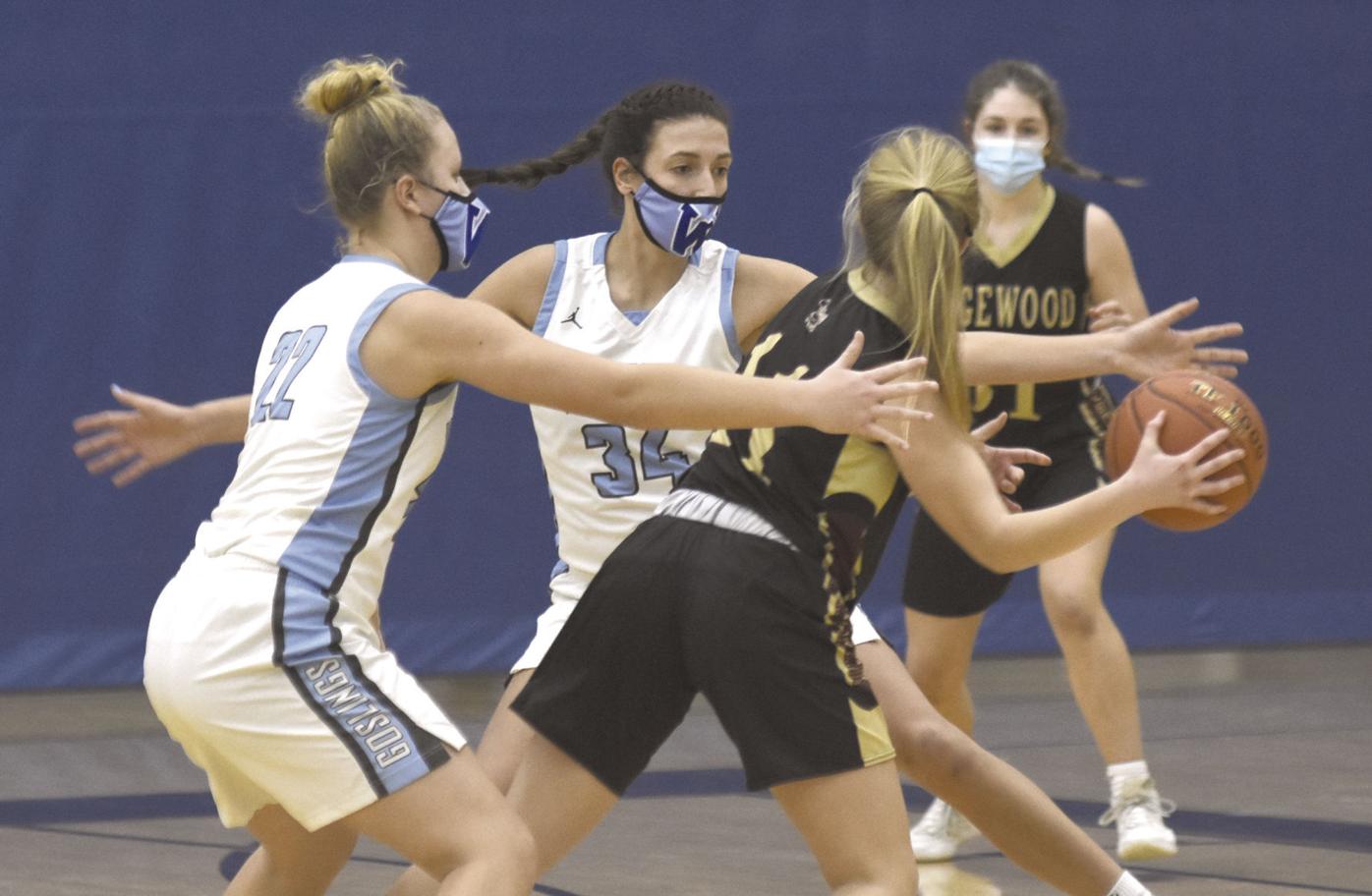 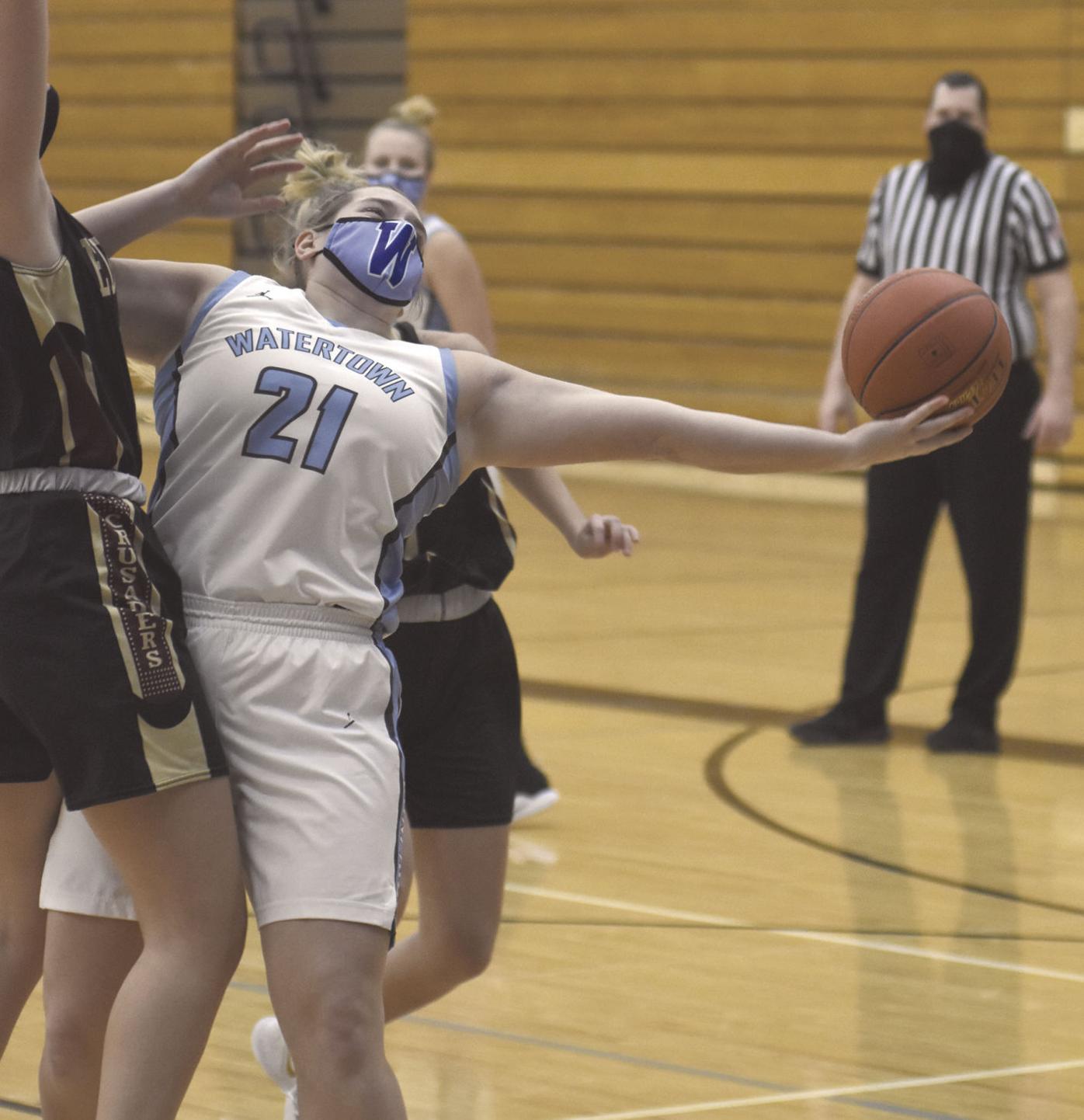 Watertown junior forward Riley Quinn reaches for an entry pass during a girls basketball game against Edgewood on Thursday at WHS.

Watertown junior forward Riley Quinn reaches for an entry pass during a girls basketball game against Edgewood on Thursday at WHS.

Round two with Watertown didn’t go any better for Edgewood.

The Crusaders (9-4) managed just five first half points, and just two free throws over the first six minutes of the second half and trailed Watertown 24-7 with 12 minutes left in regulation.

“Our kids have had a good run against them,” Watertown girls basketball coach Matt Stollberg said. “They are ranked tenth in the state. They are a phenomenal team. We just fortunately have defended them really well.”

Edgewood also played another strong defensive game against the Goslings, who used six points from Drew Hinrichs, five from Maas and four from Uecke to build a 15-4 lead late in the first half. Junior guard Lily Gifford drilled an open 3 from the corner just ahead of the buzzer to put the Goslings up by 13 at the break.

Maas began a 6-0 run to start the second half and Watertown never looked back. Schmutzler scored all nine of her points in the second half, starting with a drive in the lane followed by two 3s and a pair of free throws.

“They switched some things up this time,” Stollberg said. “They ran a 1-2-2 zone against us. Fortunately, we worked at being patient and grinned it out and slowly build up points. When you hold a team to just a few points, it helps. We weren’t comfortable at halftime, because we know what they are capable of, but we were clicking defensively.

“The margin of error is small, but even when they looked like they were going to get a good shot, we just closed on it quickly or got a deflection. It’s just a matter of playing game to game and possession to possession. It was the same thing the other day against Stevens Point. We felt our defense put us in the best position to win the game. We’ve also shot it a little better this season, which has give us a boost.”

Watertown travels to face Beaver Dam on Friday at 7:15 p.m.