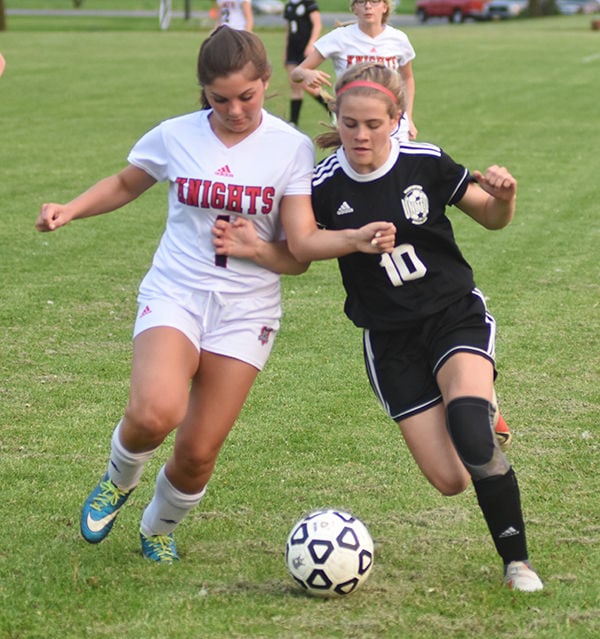 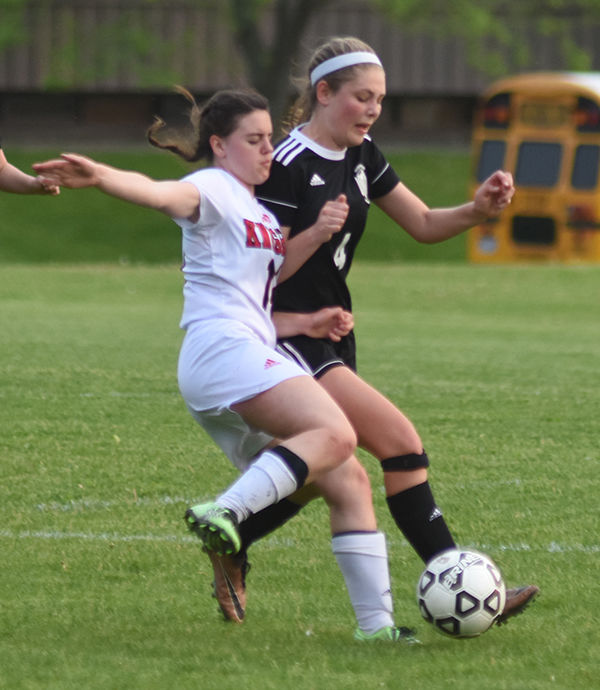 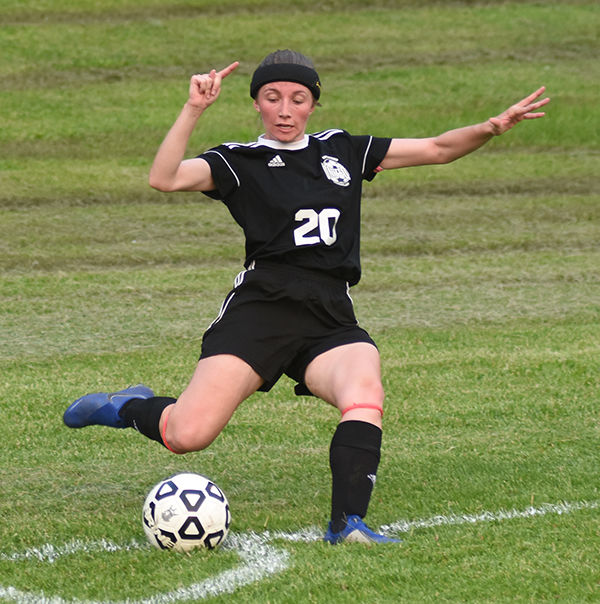 Hustisford/Dodgeland senior midfielder Alexis Becker lines up a corner kick during a regional girls soccer semifinal against Lourdes Academy on Thursday in Hustisford. Becker scored a second half goal as H/D won 9-0. 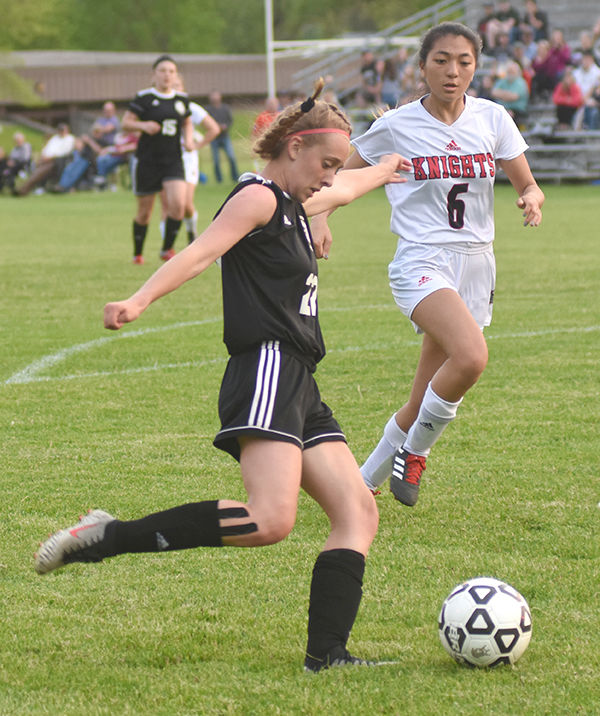 Hustisford/Dodgeland sophomore midfielder Tristin Bischoff had an assist on teammate Brielle Blome's third goal of the match in the team’s 9-0 regional semifinal win over Lourdes Academy on Thursday in Hustisford.

Hustisford/Dodgeland senior midfielder Alexis Becker lines up a corner kick during a regional girls soccer semifinal against Lourdes Academy on Thursday in Hustisford. Becker scored a second half goal as H/D won 9-0.

Hustisford/Dodgeland sophomore midfielder Tristin Bischoff had an assist on teammate Brielle Blome's third goal of the match in the team’s 9-0 regional semifinal win over Lourdes Academy on Thursday in Hustisford.

Blome scored her first two goals just 24 seconds apart in the 17th minute on crosses from Collien. Sophomore midfielder Tristan Bischoff had the assist on Blome’s third goal in the 21st minute.

“We sent three crosses across the front of the goal and Brielle was there to finish them off,” Hustisford/Dodgeland girls soccer coach Otto Hopfinger said. “We preached that we needed to cross the ball instead  of shooting at keeper from the side. Rylie made two great passes. The first one set Brielle up nicely. On the second, Brielle had to battle the keeper for it and came through with a great opportunity.

“Then Tristin sent a hard ball through the box. The first three goals were exactly how we wanted to score, getting that great assist from the right side to the left.”

Senior defender Adriane Beisbier scored H/D’s fourth goal on a 35-yard blast in the 22nd minute which bent under the crossbar.

“Adriane has been playing defense for four years for us,” Hopfinger said. “It’s great to see her step up and put a shot in like that.”

Collien earned her third assist of the match in the 26th minute, which junior midfielder Julia Leinen slotted through from the right side of the box. Leinen added another goal off an assist from senior defender Melanie Onstad in the 67th minute.

“It was good to Rylie finish with three assists,” Hopfinger said. “Julia’s goals were created by anticipation and getting to the ball before the defense. There were assists on both of them, but she had to hustle to get them.”

Sohpomore forward/defender Alena Beisbier capped the first half scoring off an assist from senior forward Cheyenne Vitense in the 37th minute.

“That was a cross from right to left that got through the defense,” Hopfinger said. “Alena was there to put it in on the far post.”

Senior midfielder Alexis Becker made it 7-0 in the 59th minute on a free kick from 32 yards out which was hit right over the keeper’s head to the upper 90 on the left post. Leinen’s second goal made it 8-0.

Sophomore forward Alison Huber scored an unassisted goal with 50 seconds left in regulation to close it out.

Hustisford/Dodgeland hosts fifth-seeded Winnebago Lutheran Academy for the regional final on Saturday at 7 p.m. The two Flyway Conference rivals played to a scoreless draw earlier this season. Neither team lost in conference play, but WLA won the league title by a half-game. The Vikings advanced with a 2-1 win over 12th seeded Lakeside Lutheran.

“That should be a real grudge match,” Hopfinger said.