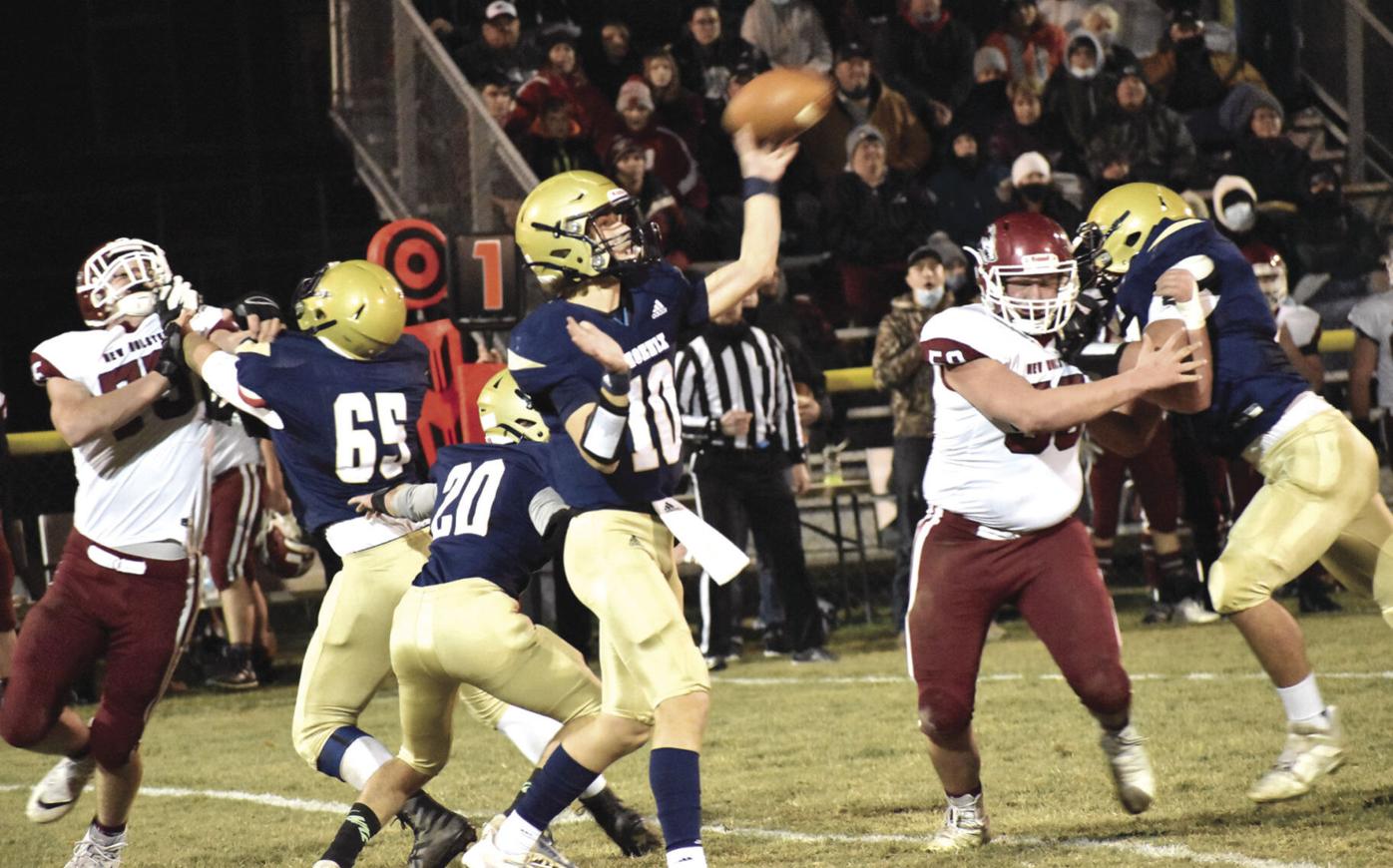 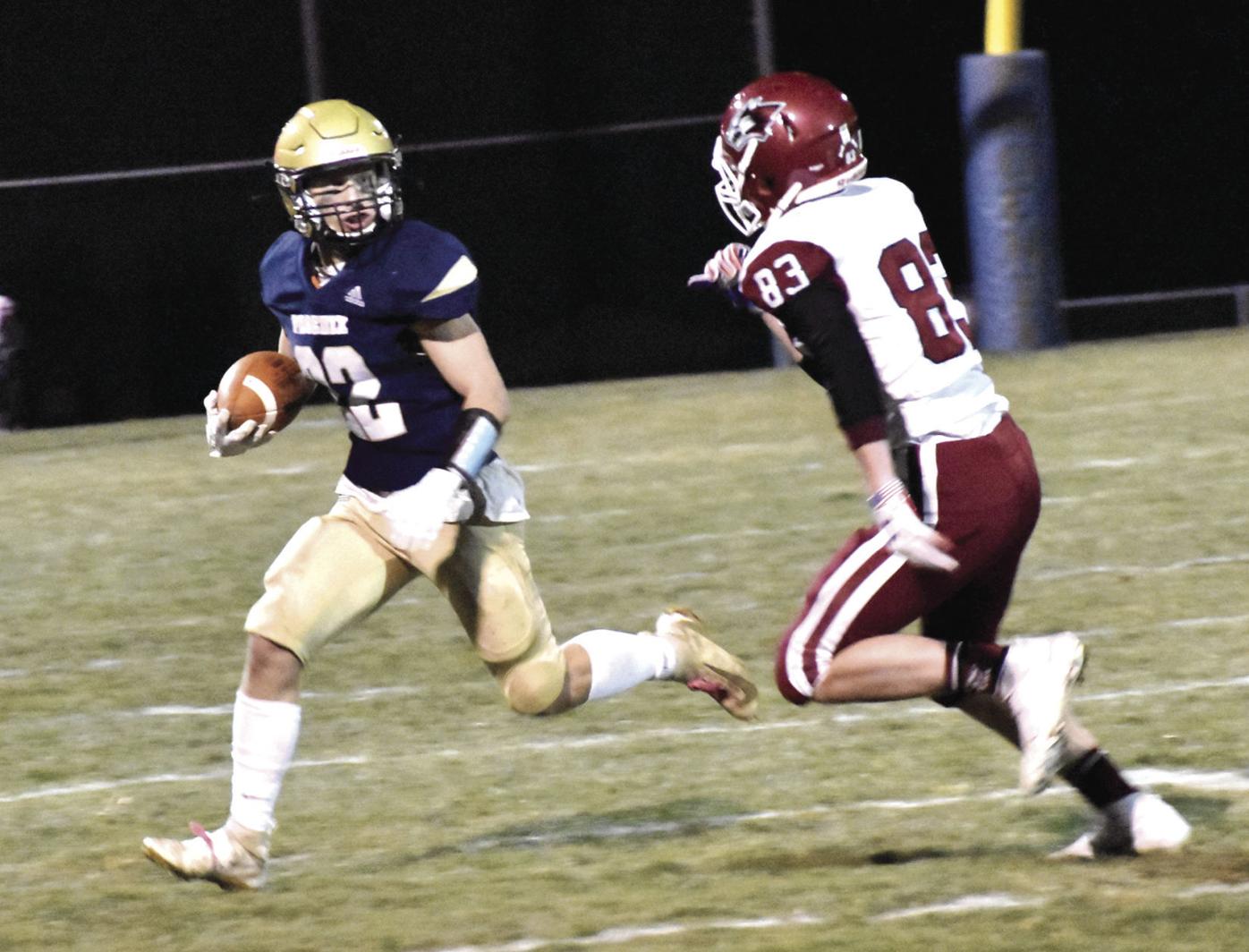 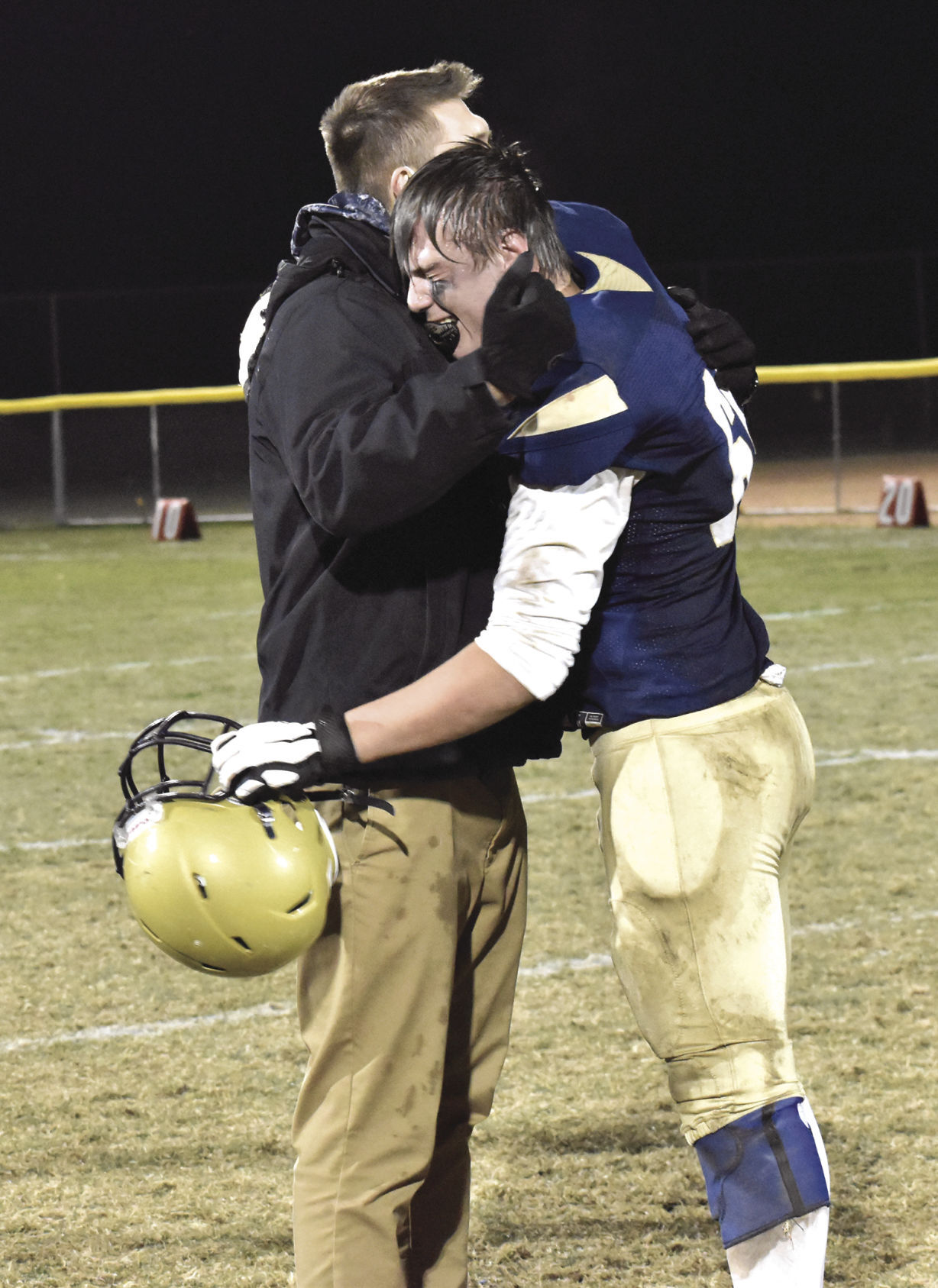 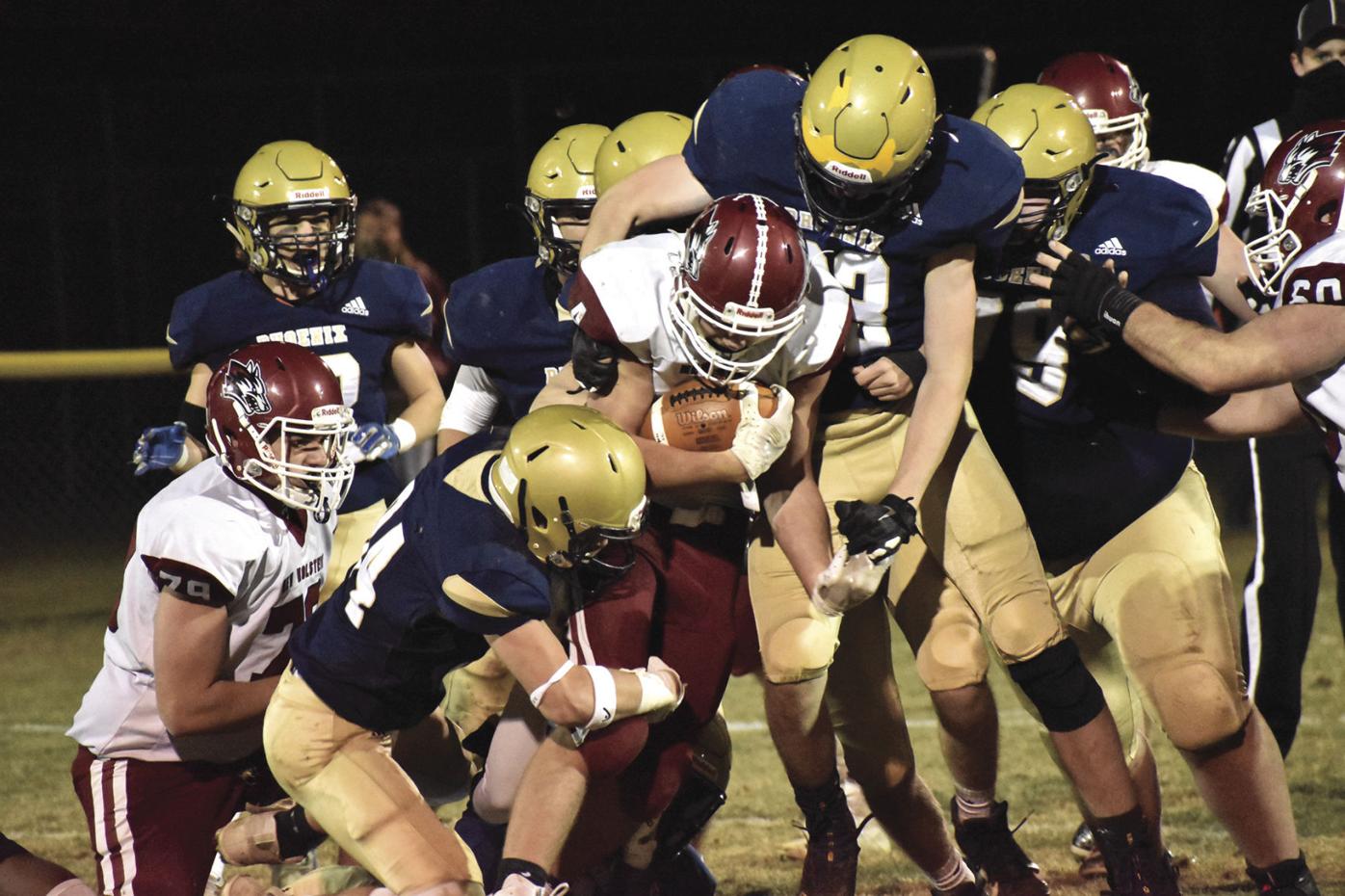 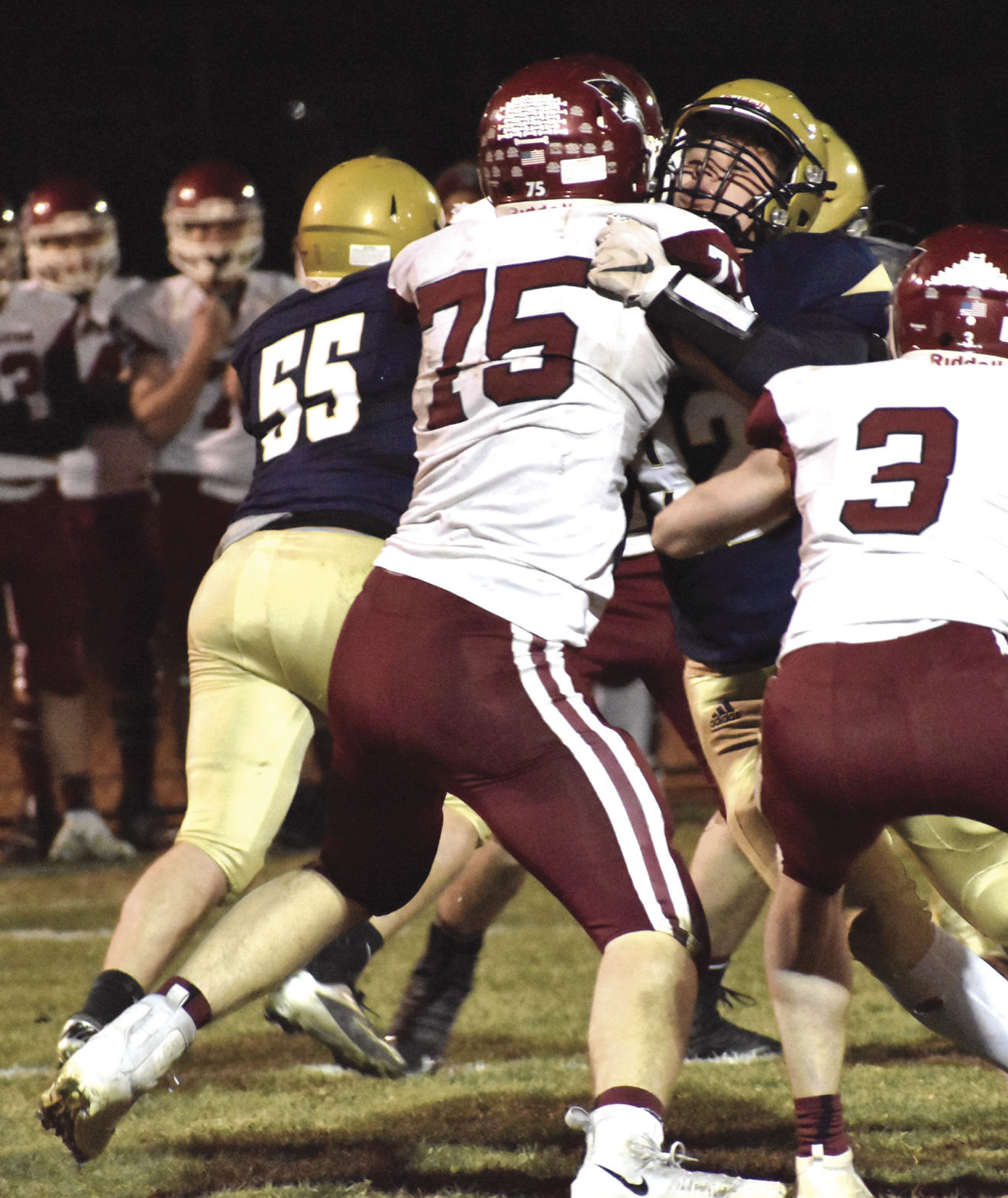 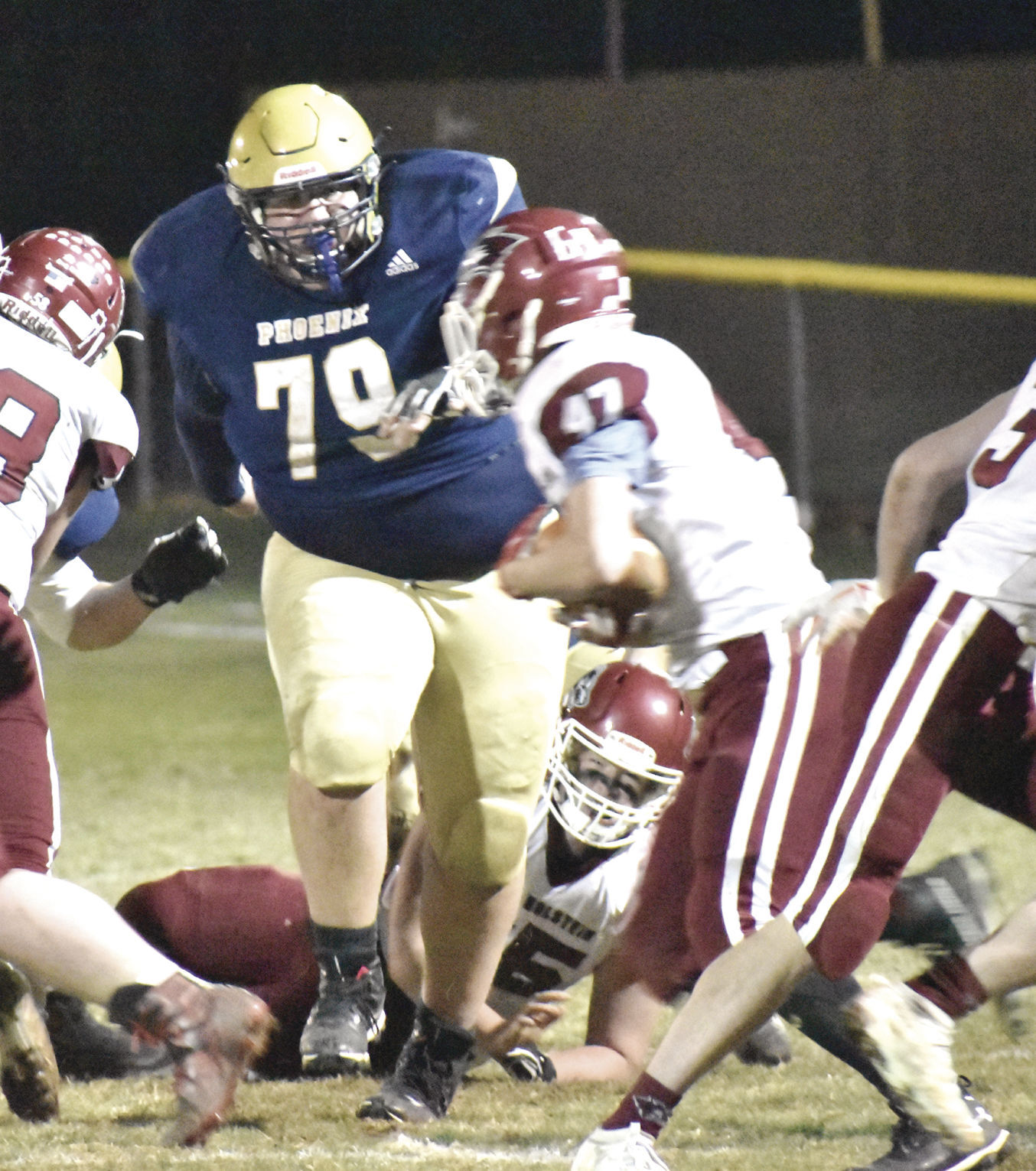 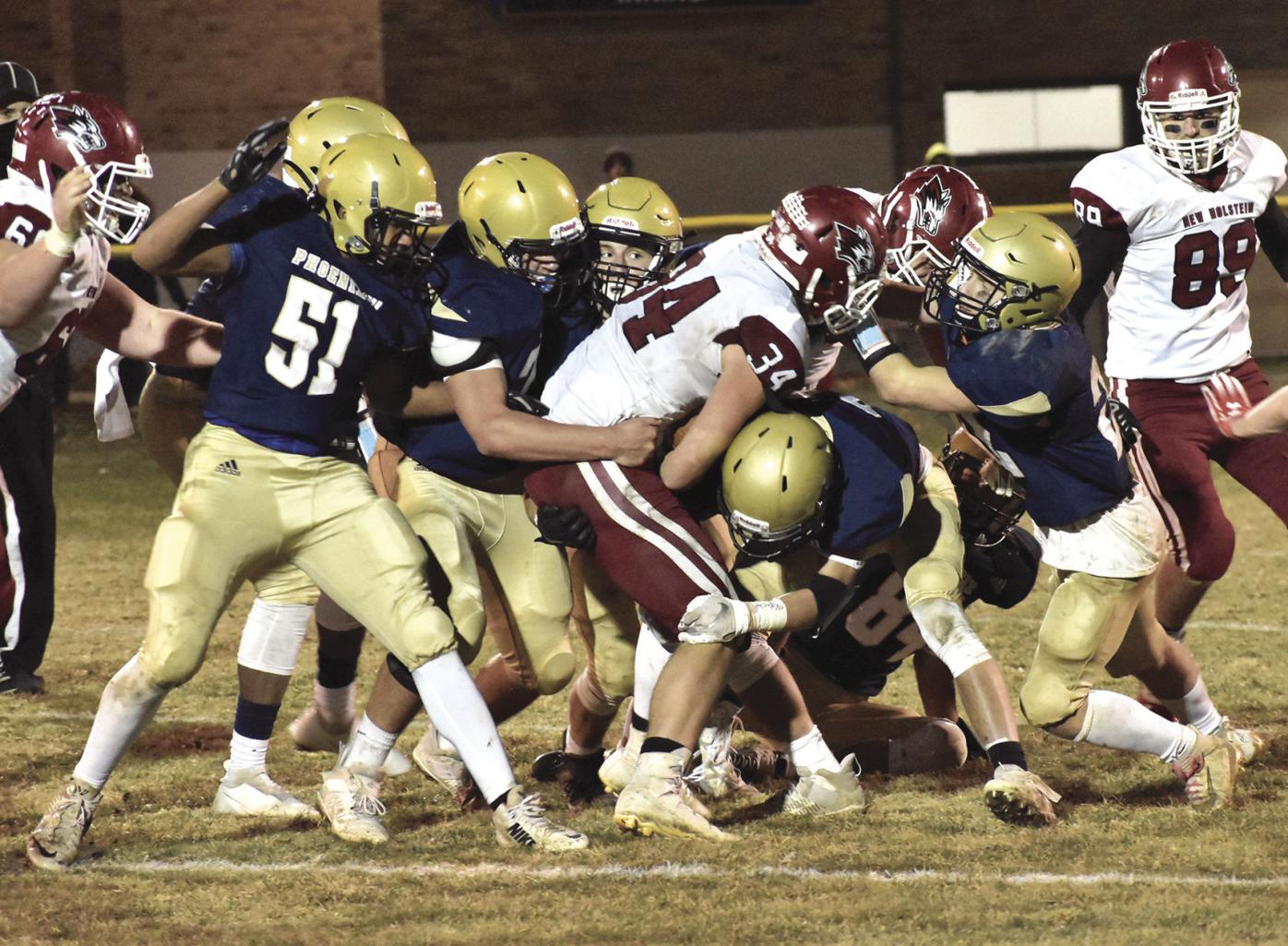 A reliable ground attack and a formidable rush defense are usually two staples for championship-winning teams.

They certainly were for the Luther Prep Phoenix in 2020.

Top-seeded Luther Prep rode three touchdowns by senior tailback Jon Holtz and a defense that hasn’t surrendered a point in four games to a 21-0 victory over third-seeded New Holstein in a WIAA Division 4 regional championship at LPS on Friday.

The Phoenix close the year winners of six straight, allowing a measly 13 combined points in those games.

“We started from day one and watched a lot of film,” Luther Prep senior linebacker David Baumann said. “It helps with experience to read plays. It all comes down to experience and the work you put in before the game.”

“Our defensive guys really stepped up and did an outstanding job,” Luther Prep football coach Justin Gregorius added. “From our coaches all the way down to the scout team they had these guys prepared for the run. Very proud of them. We stayed true to be disciplined, everyone doing their jobs defensively and trusting each other is the biggest key.”

Holtz scored on a 50-yard catch-and-run down the right sideline from senior quarterback Elijah Shevey with 5 minutes, 18 seconds left in the first quarter.

“We have been praying for that play all week,” Holtz said. “We knew watching film all week it was going to be there and it was.”

The score was the first play of a drive that started at midfield after Phoenix senior linebacker Ethan Buege stuffed New Holstein senior tailback Michael Volz on a fourth-down rush.

The Huskies (5-4) went three-and-out on a drive that stalled after a holding call and punted it to the LPS 36.

Four plays later, Holtz took a pitch 47 yards down the left sideline, following a pair of devastating blocks from senior lineman Jonathan Wiedenhoeft, to make it 14-0 late in the opening quarter.

“On the long passing touchdown we tried to get Holtz isolated on their outside ‘backer which worked perfectly,” Gregorius said. “The second play we scored on was actually called wrong. I called one play and it read something else on Shevey’s wristband and he called a totally different play but it worked.”

Holtz, who had 24 carries for 188 yards and three catches for 67 yards, added some insurance with 5:44 left in the fourth on a six-yard score around the outside, capping a run-heavy, clock-chewing drive. Senior Joshua Kehren, who is perfect on extra-point tries after assuming the placekicking duties Oct. 24, connected for the final margin.

“Last year was tough not winning any games at home,” said Shevey, who went 6-for-8 for 92 yards. “This year it feels better to go 4-1 at home, going undefeated in the last four. It was a great experience to be around this environment. This is a great school to be at. We love our sports here and we love all the fans and the parents that support us.”

This marks the end for Luther Prep’s 21-player senior class, a group that will leave behind plenty of good memories and its leadership qualities.

“I hope (the returning players next season) see the work we’ve put in and the leadership we’ve shown,” Shevey said. “This is a great group of senior guys and we’ve really worked hard for this. We really wanted to show our leadership to them and I hope that carries on for many more years.”

“Their attitude and leadership will be missed, all 21 guys had an important role in the program,” Gregorius added. “We can always point back to them and talk about this group of kids. All 21 of them from Holtz to Shevey all the way through, just great leadership and a great job by that senior class.”

New Holstein attempted one pass, a five-yard third-quarter completion. The rest of the game was spent looking for rushing lanes, only to find a bevy of navy-colored uniforms instead.

Volz had 25 rushes for 42 yards, well below the pace that got him to 1,100 rushing yards in eight games.

“In this COVID season and the craziness of it all with the ups and downs to finish it here on our home field is outstanding for them,” Gregorius said. “Some of their dads played here and their grandpas played on this field. Lots of history and tradition and they are now part of it.”

“It’s an amazing feeling,” Holtz added of the regional championship. “Just to do it with my brothers is the best thing in the world right now. I can’t imagine doing it without them. This season has been so special.”

Luther Prep did fumble twice, throw an interception and get penalized seven times, also dropping an open pass that likely would have resulted in six points in the third quarter.

“It feels amazing (to win this game),” Baumann said. “All the hard work that I know the seniors put in. It’s one of a kind. There’s no other feeling, I just don’t know how to explain it, it’s something else. I love every guy on this team, it’s a different bond.

“Practicing for a couple hours every day for four years creates something special,” Holtz added. “To do it at this school where you’re living with each other is something you can’t put words to.”

A few Phoenix, like Shevey, will still be savoring this one when they hit the floor for basketball practice Monday.

“Our bond on this team is great because we live together and we’re like brothers,” Holtz said. “It’s a great experience to practice and push each other every day in the weight room, at practice and in games. Just be constantly on each other about certain stuff, it’s really nice.”