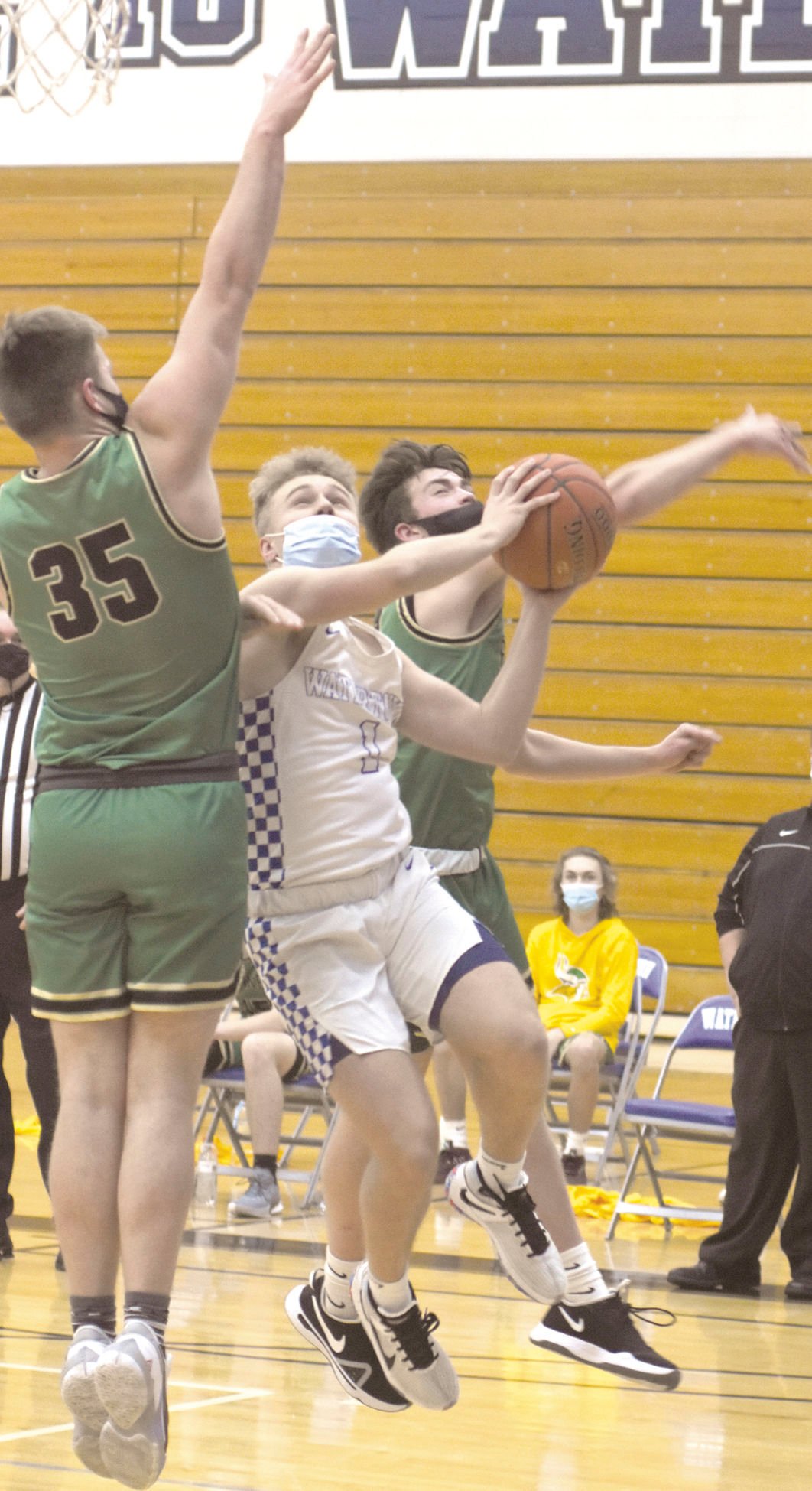 Watertown senior guard Jackson Wehner attacks the basket during a boys basketball game against Janesville Parker on Wednesday at WHS. Wehner led the Goslings with 13 points in a 39-35 loss. 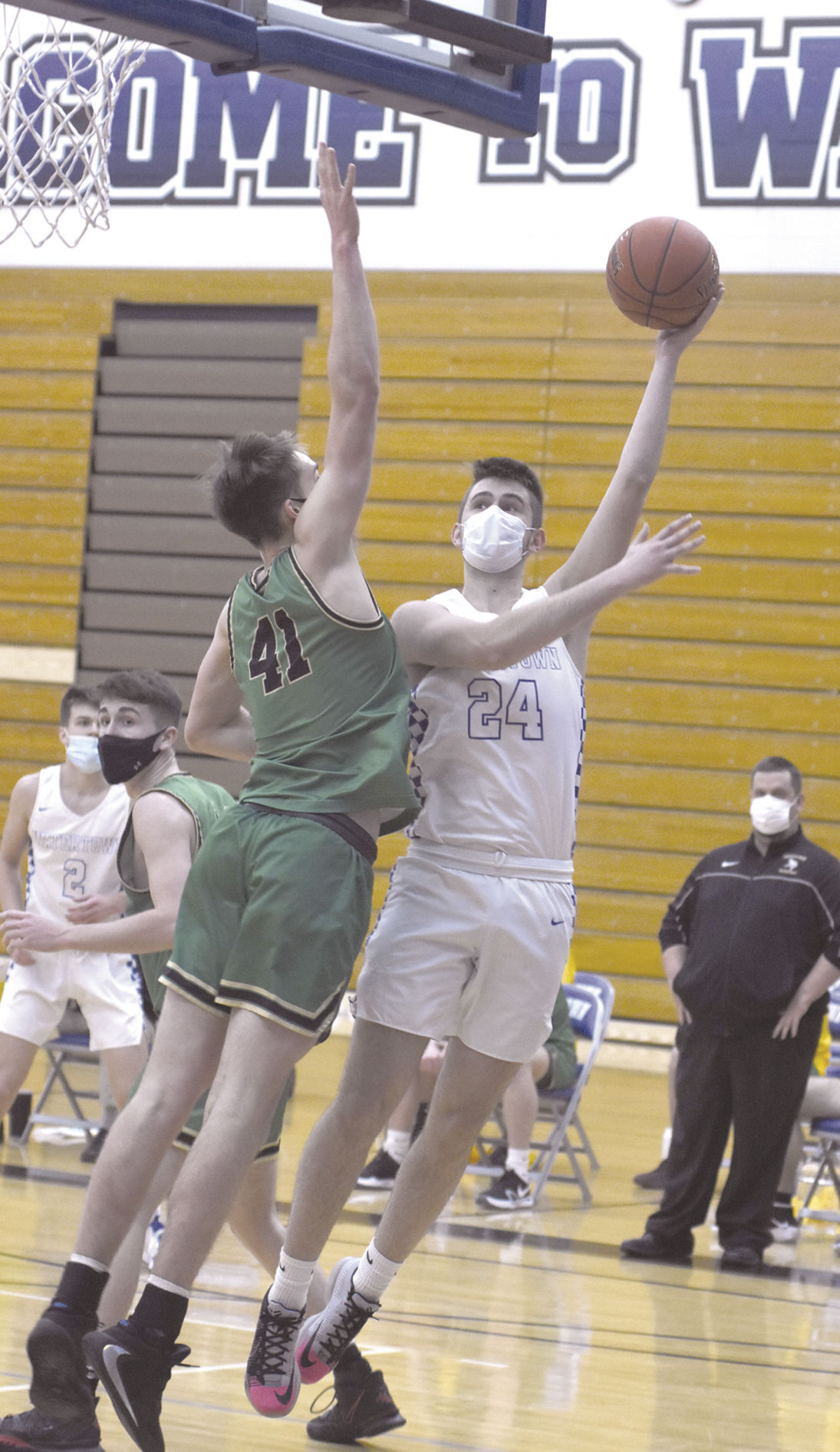 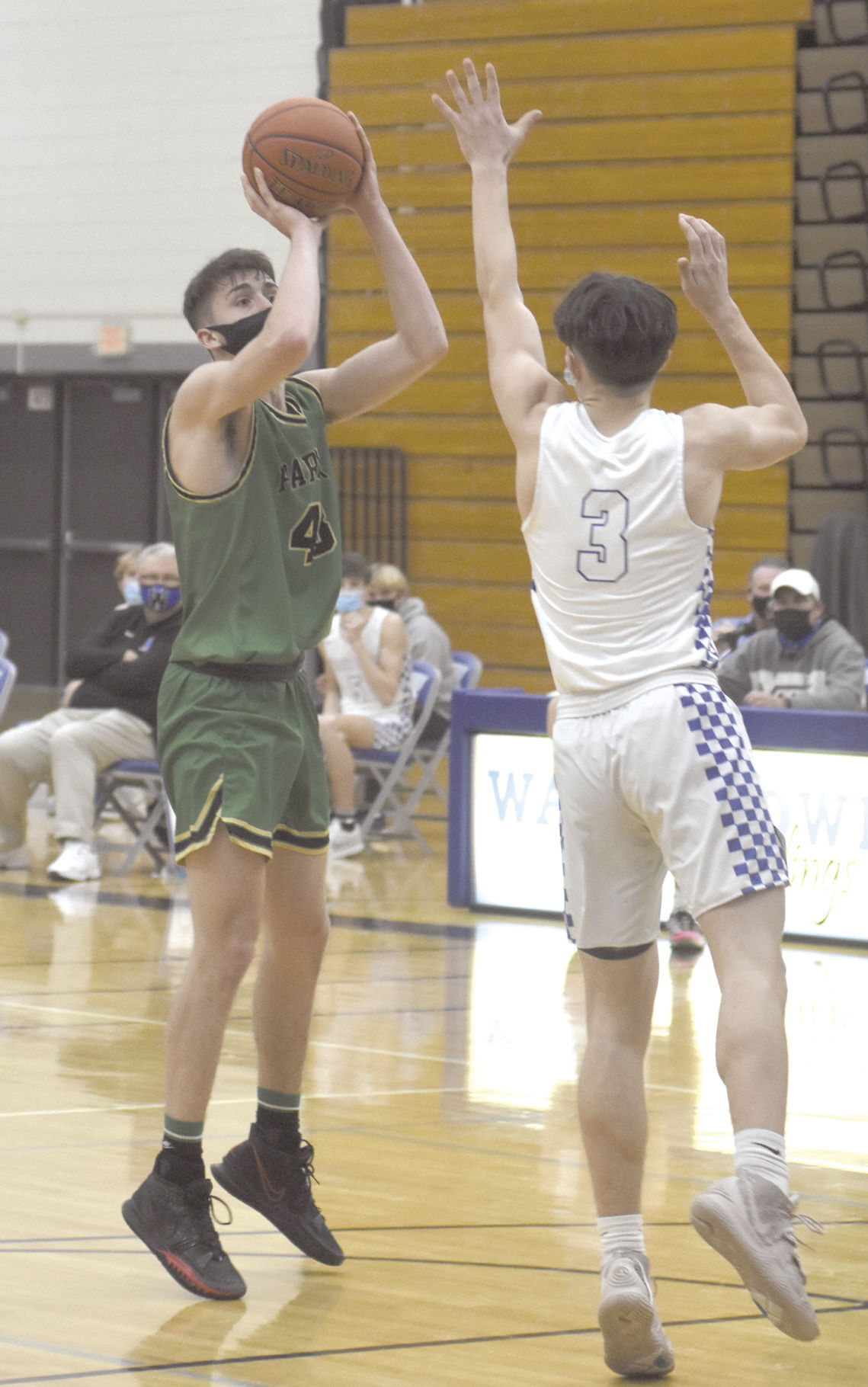 Janesville Parker senior guard Brenden Weis shoots over Watertown's Trenton Shelton during a boys basketball game on Wednesday in Watertown. Weis led the Vikings with 15 points in a 39-35 victory. 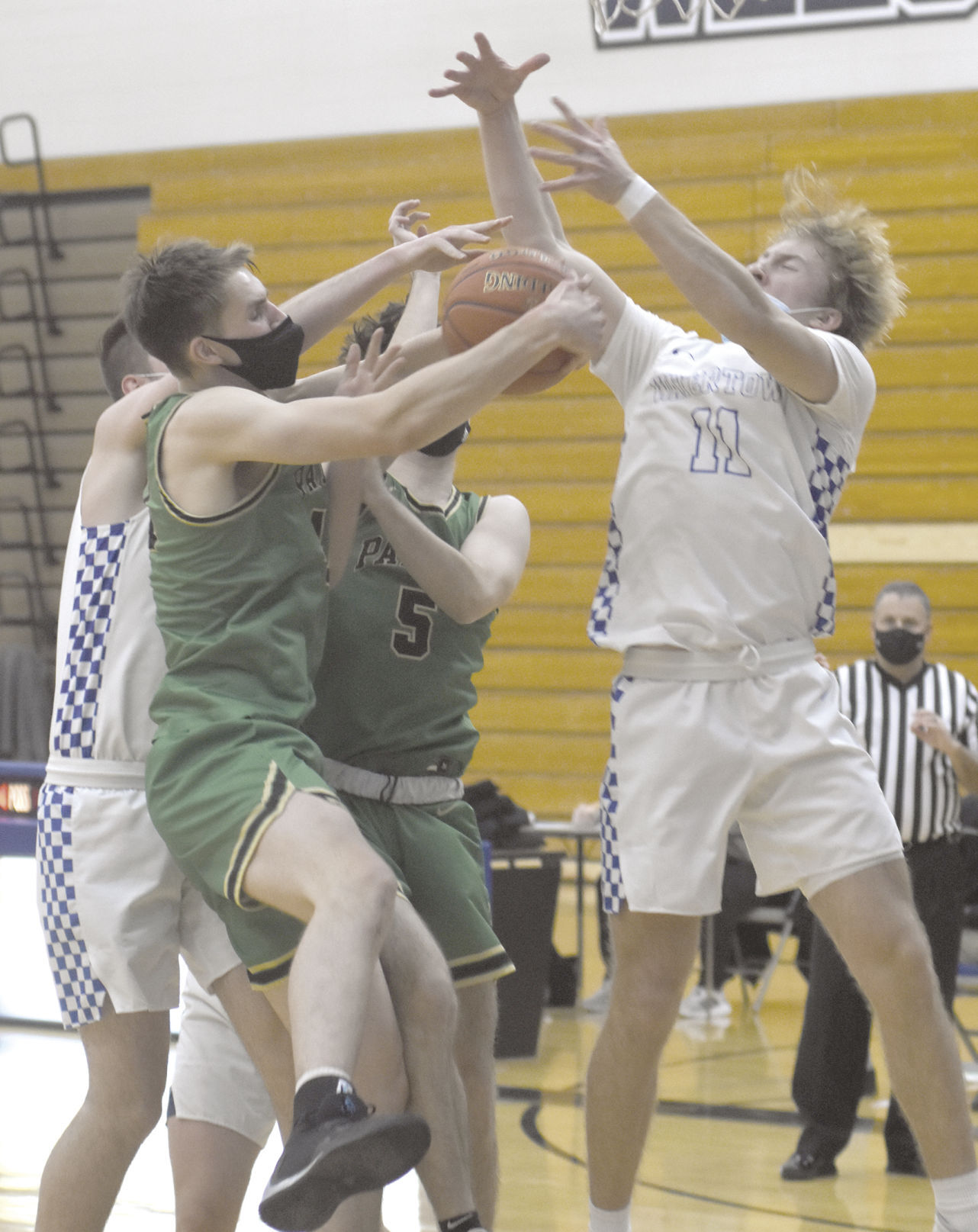 Watertown senior guard Jackson Wehner attacks the basket during a boys basketball game against Janesville Parker on Wednesday at WHS. Wehner led the Goslings with 13 points in a 39-35 loss.

Janesville Parker senior guard Brenden Weis shoots over Watertown's Trenton Shelton during a boys basketball game on Wednesday in Watertown. Weis led the Vikings with 15 points in a 39-35 victory.

Two boys basketball programs aspiring to build a defensive tradition found each other’s offenses to their liking in this one.

Janesville Parker struggled from the floor and finished 25 points under its scoring average, but held Watertown 22 points under its average and escaped with a 39-35 road win on Wednesday night.

Senior guard Brenden Weis scored a game-high 15 points for Parker (7-3), which scored six of the game’s final nine points over the final three minutes to prevail.

“I think the defensive effort was very good,” Janesville Parker boys basketball coach Matthew Bredesen said. “I think Watertown had to really work for everything that they got and that’s something that has been an ongoing emphasis for us since I took over three years ago is to try to get better on the defensive end. This year, we really have.”

The Vikings enjoyed a height advantage with 6-foot-7 junior forward Jacob Naber in the post and Weis at 6-6 shadowing shooters along the arc. Watertown (3-3) was also forced to play without its top post presence, 6-3 junior forward Nathan Gapinski. The team’s second leading scorer had to quarantine after a recent contact tested positive for COVID-19.

Gapinski torched Janesville Craig for 23 points in Watertown’s 76-53 win over the Cougars last week, but the Goslings were a different team against Parker. Without Gapinski drawing attention in the lane, the team’s leading scorer, junior guard Ollie Meyers, finished nine points under his average with seven.

“We played so hard and we played so well and you can’t make excuses,” Watertown boys basketball coach Jim O’Leary said. “You have to play and you have to rise up. Five kids scored. We’re used to ten. You’ve got to give Parker a lot of credit for that. They made it tough. To hold a team to 35 on their home court that just came off a 76-point game, you’ve got to give them credit. They are long and athletic. We’ve got to play with the hand that’s dealt us. I don’t fault our effort at all.”

The Vikings played with slim leads throughout the game, taking their biggest advantage at 31-24 after a 3-pointer by senior guard Ethan Thompson and a free throw from senior forward Matthew Hartwig with 11 minutes left in regulation.

Watertown managed to hang around behind a team-high 13 points from senior guard Jackson Wehner and timely scoring from senior guard Patrick Lampe. Wehner converted a three-point play after a cut to the basket and Lampe added three points during a 6-1 spurt. Lampe’s jumper with three minutes to go made it a one-point game, and the Goslings missed a chance to take the lead when Meyers missed an open 3 from the corner on their ensuing possession.

With Bredesen pleading with his offense to be more patient throughout the contest, the Vikings successfully bled the clock from there and pulled away. Weis and Naber each hit a pair of free throws and senior guard Braxton Connors converted a steal in the final 1:10 to push the lead to 39-32.

“Offensively, we didn’t shoot the ball very well,” Bredesen said. “We haven’t shot the ball really well the last couple games, but it’s kind of a tribute to our kids and their resilience that they can fight through that, play great defense and make enough plays to come out on top. In this weird 2020 year, where we have all kinds of strange practice structures, we’re just happy and thrilled to be playing every day that we can.”

“When it was 33-32, I was pretty sure we were going to win and we made a costly mistake with that turnover, one of those untimely turnovers they like to call it on TV,” O’Leary said. “There are no timely turnovers, but that’s not the ball game.

“It’s a 36 minute game. At any time, we could have played a few minutes better. We played good enough defense to win and I want that as much as anything. I’d like to say eventually that that is what we are known for, that it becomes our identity, that we defend well.”

Senior guard Robert DeLong, who leads Parker with an 18.4 points per game average, finished with four.