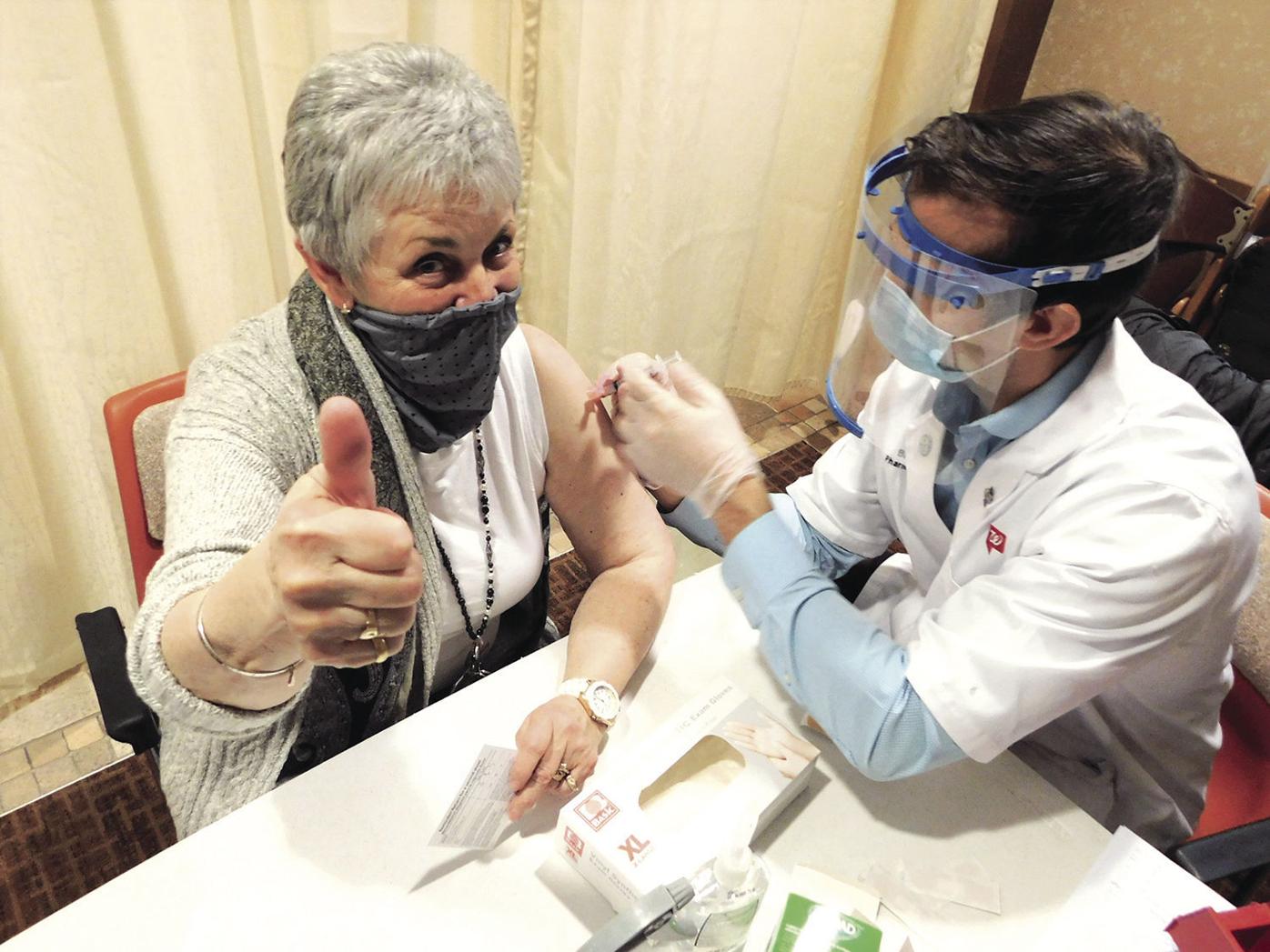 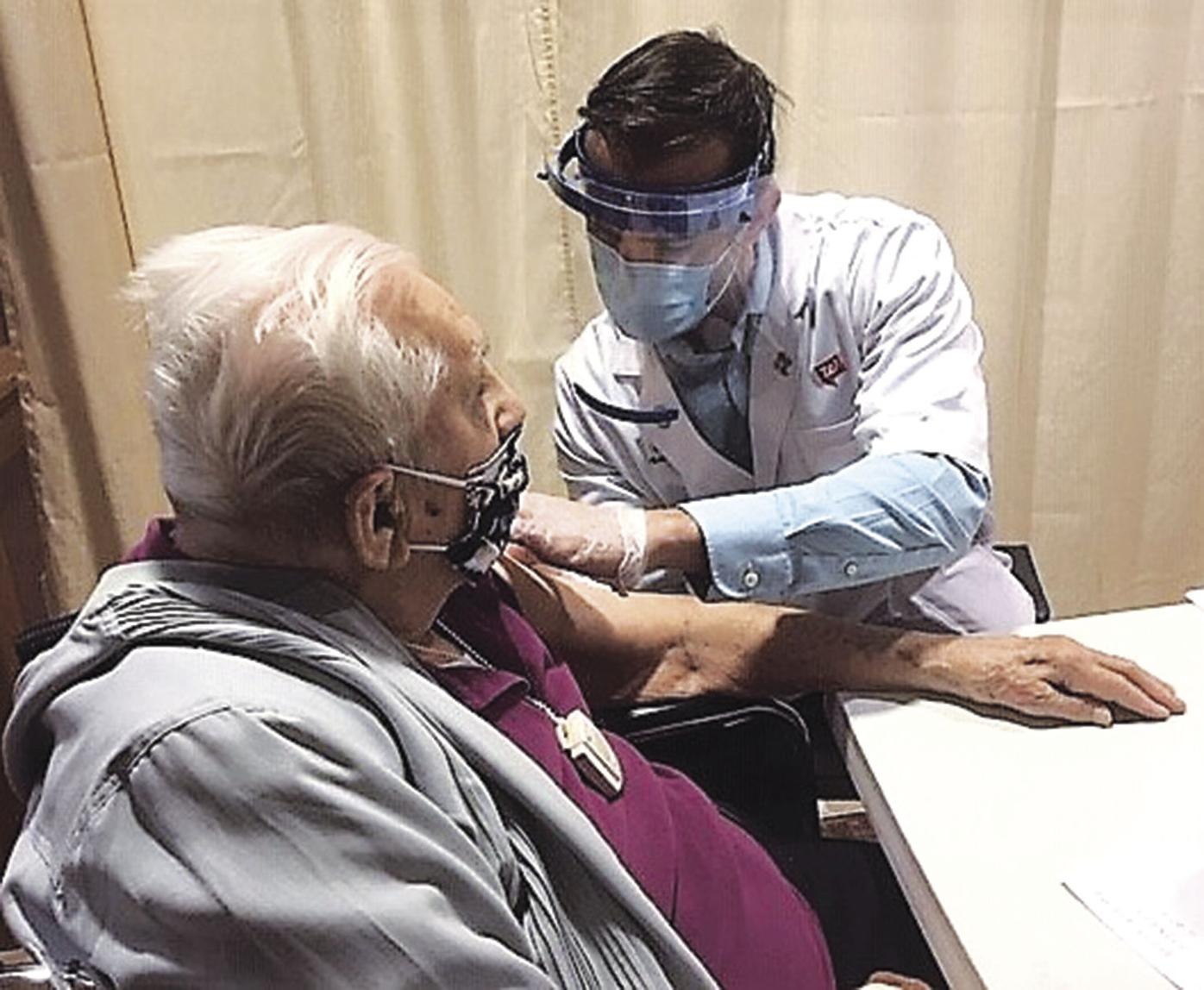 Staff at Shorehaven in Oconomowoc escorted residents, monitored post-vaccine symptoms, signed posters, posed for selfies, and compared vaccine stickers during vaccination for COVID-19. “This is an historic moment, and I’m right in the midst of it,” said 100-year-old resident Ted Knap.

Staff at Shorehaven in Oconomowoc escorted residents, monitored post-vaccine symptoms, signed posters, posed for selfies, and compared vaccine stickers during vaccination for COVID-19. “This is an historic moment, and I’m right in the midst of it,” said 100-year-old resident Ted Knap.

With state health officials announcing that law enforcement and firefighters will be eligible to receive the COVID-19 vaccine next week, the Watertown Fire Department is already ahead of the game.

Watertown Fire Department Chief Kraig Biefeld said many in his department are already receiving their second doses of the vaccine.

“The Watertown Fire Department was able to receive the vaccine earlier and most of the personnel that received it have received their second dose,” Biefeld said Tuesday.

Because the city’s fire department provides EMS, it was allowed to get the vaccine sooner.

“For the fire department, we had an average number of members that wanted the vaccine right away,” Biefeld said. “We have some who wanted to wait to see how the vaccine side effects were and only a few who do not want to take it.”

Biefeld said it was important for the department’s members to get the vaccine, because they have been dealing with the dangers of the COVID-19 virus on a daily basis on its EMS calls, going into homes and transporting patients who have the virus.

“For me, to get the vaccine was important to not only make sure that we are there for the community when they need us, but we have a daughter that has a poor immune system and because she cannot get a vaccine due to her age, I wanted to make sure that there was one less person who could bring the virus to her,” the chief said.