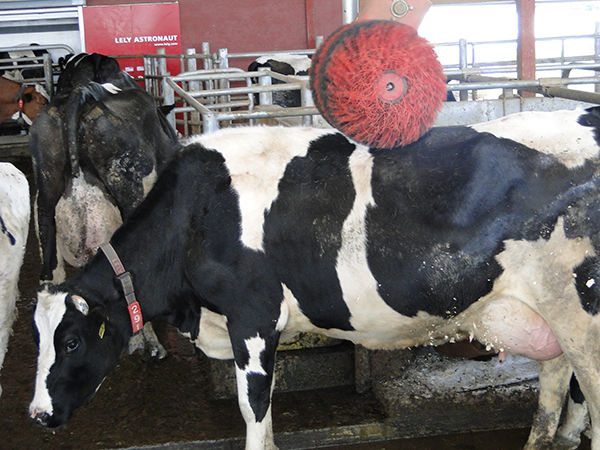 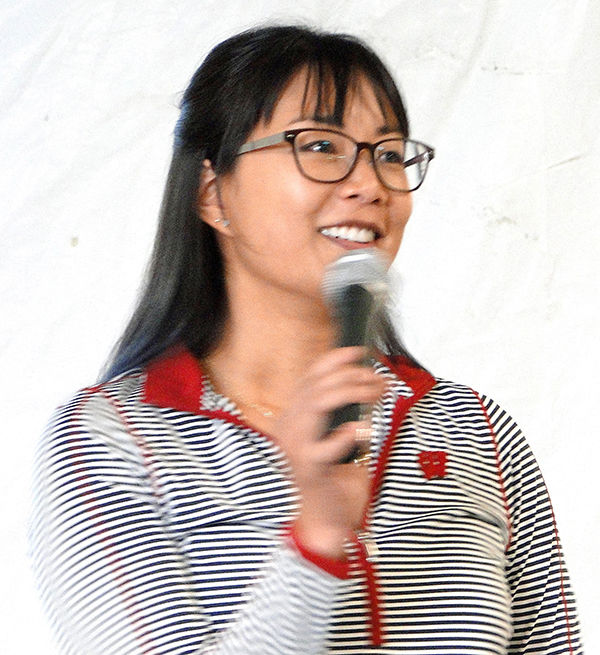 Dr. Jennifer Van Os is a researcher and professor at the UW-Madison where she focuses on animal welfare and consumer concerns about animal care.

Dr. Jennifer Van Os is a researcher and professor at the UW-Madison where she focuses on animal welfare and consumer concerns about animal care.

LOMIRA — “Our cows are black and white but the issues are not,” said Dr. Jennifer Van Os, a researcher and professor at the University of Wisconsin-Madison.

Before earning her degree, however, she said she was just like the other millennials in her age bracket who are interested in where their food comes from.

She describes millennials as those born between 1981 and 1996 who have a deep desire to make the world a better place. They grew up with computers, video games and cell phones.

“Why do we care what they think?” she said. “Because they make up the majority of the workers in the U.S. and are 40 percent of the consumers.”

Van Os did not grow up on a farm and after college she went to California where she got into surfing and horseback riding and was on the front end of the group of people who were interested in where their food came from.

She read Michael Palin’s books and describes him as a good writer who had no understanding of agriculture.

She and other millennials were also interested in documentaries like “Cowspiracy: The Sustainability Secret” a production claiming that livestock farming is destroying the earth and “Eating Animals”, another documentary that has a lot of false information about farming.

“The producers of these documentaries are in the business of storytelling,” she said. “They are not trained in investigative reporting and they know nothing about agriculture. They are entertainers.”

Van Os said the reason they are so successful in influencing consumers is because their storytelling techniques get at people’s emotions.

Eventually she started to think a lot about how this false information that is not science and fact based was hurting agriculture. That’s when she went back to school to learn more about animal welfare.

“As a millennial, I felt I had good intentions but as time went by I realized farmers do, too,” she said.

In her studies she looked at shared values of consumers and dairy producers. Where there are differences she is then able to help dairy farmers learn how to address the issues.

She said consumers are concerned about pain the animals may have when it comes to things like lameness or dehorning. Relaying the message about how animals are cared for to alleviate pain will therefore be important.

Consumers like to see animals socially happy so sharing stories about how calves are moved in groups and stay with their “friends” will help consumers get a better understanding of management practices.

“Don’t use economics in an argument,” she said. “Statements like, ‘we take care of our cows because they take care of us’ mean nothing to consumers.

“The writing is on the wall that changes are coming,” Van Os said. “We don’t want the same thing to happen in dairy that happened with the chicken industry.”

She stresses the importance of looking at research regarding various systems of raising animals.

In California, for instance, the original law regarding how chickens can be raised resulted in more chicken mortality because the system that consumers wanted was not the system that was healthiest for the chickens.

She advises farms to be transparent about what they are doing and acknowledge the shared values — things where consumers and producers see eye to eye.

“Don’t sugar coat things, but be honest because they will see right through you,” she said. “Knowing what consumers care about will help in knowing which things to emphasize in conversations.”

She uses cow brushes as an example. Mentioning that they keep cows clean is an economic reason for using them but pointing out how much the cows enjoy them will be more important.

Stressing cow comfort from the cow’s point of view rather than the economic point of view will go a lot further with consumers, she said.

As a dairy scientist she is continually striving to learn more about animal welfare.

She said, “I welcome collaborations with others who seek to promote the sustainability of the dairy industry and to improve quality of life for dairy animals.”

Van Os made her remarks at the joint meeting of the Dodge-Fond du lac Forage Councils, hosted by the Michel’s family at Lomira.

What began as a 49-cow farm in 1982 has grown into an operation involving 325 cows. Cows are milked twice per day in a 40-cow stanchion barn with 20 units.

Visitors had an opportunity to tour the farm and see the family’s modern calf facility.

The Michels enjoy the opportunity to welcome visitors to their farm to learn about where their food comes from.

As a part of the Ag Ambassador’s Day on the Farm Program, area school children spend a day learning about farming. The Michels have been hosts four times for the program. Each time more than 800 children from all over Fond du Lac, Oakfield, Campbellsport, Lomira and Eden are bussed to their farm for a day of experiences to expand their knowledge about agriculture. They have also hosted the Fond du Lac County Dairy Breakfast and other events.