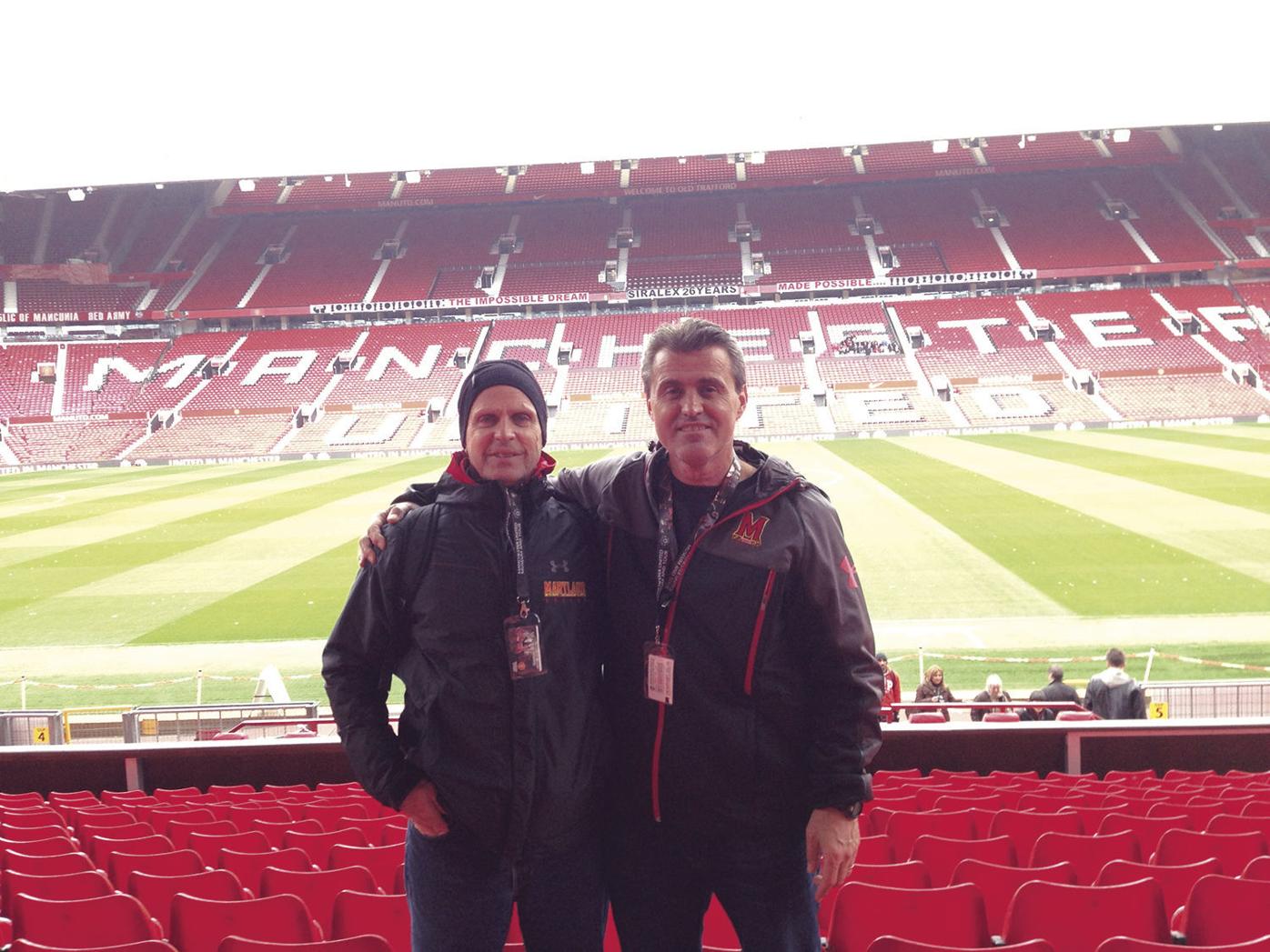 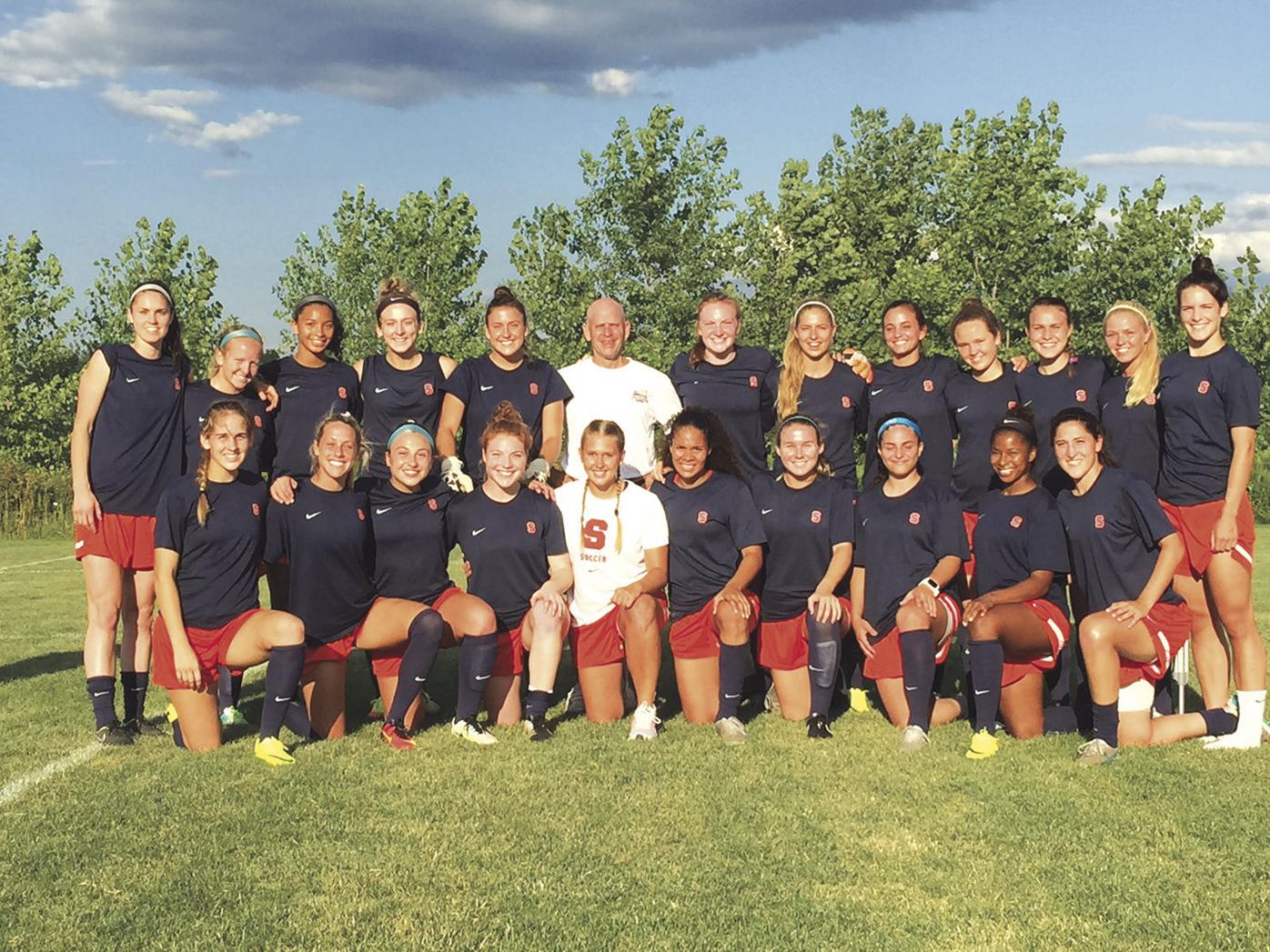 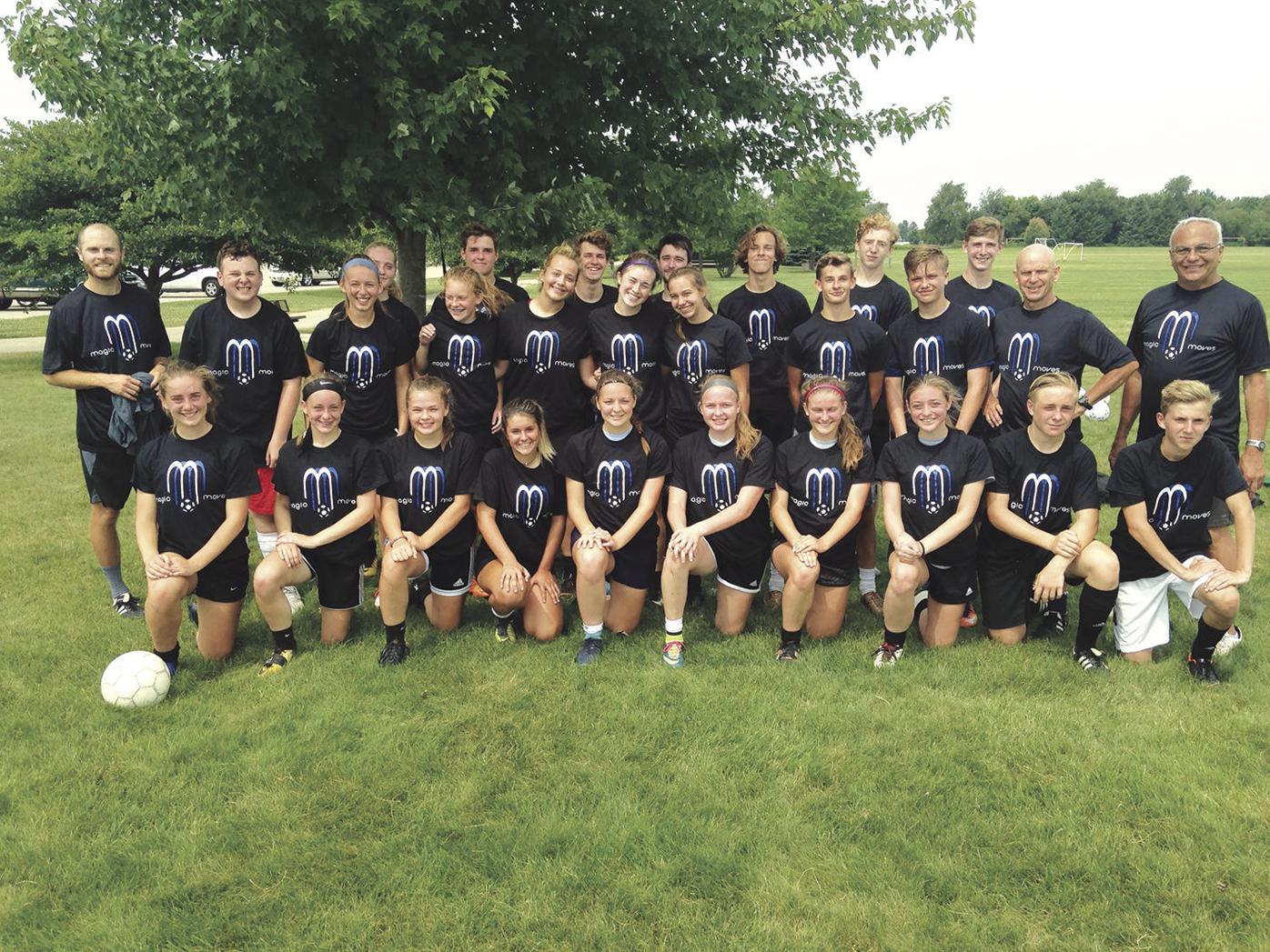 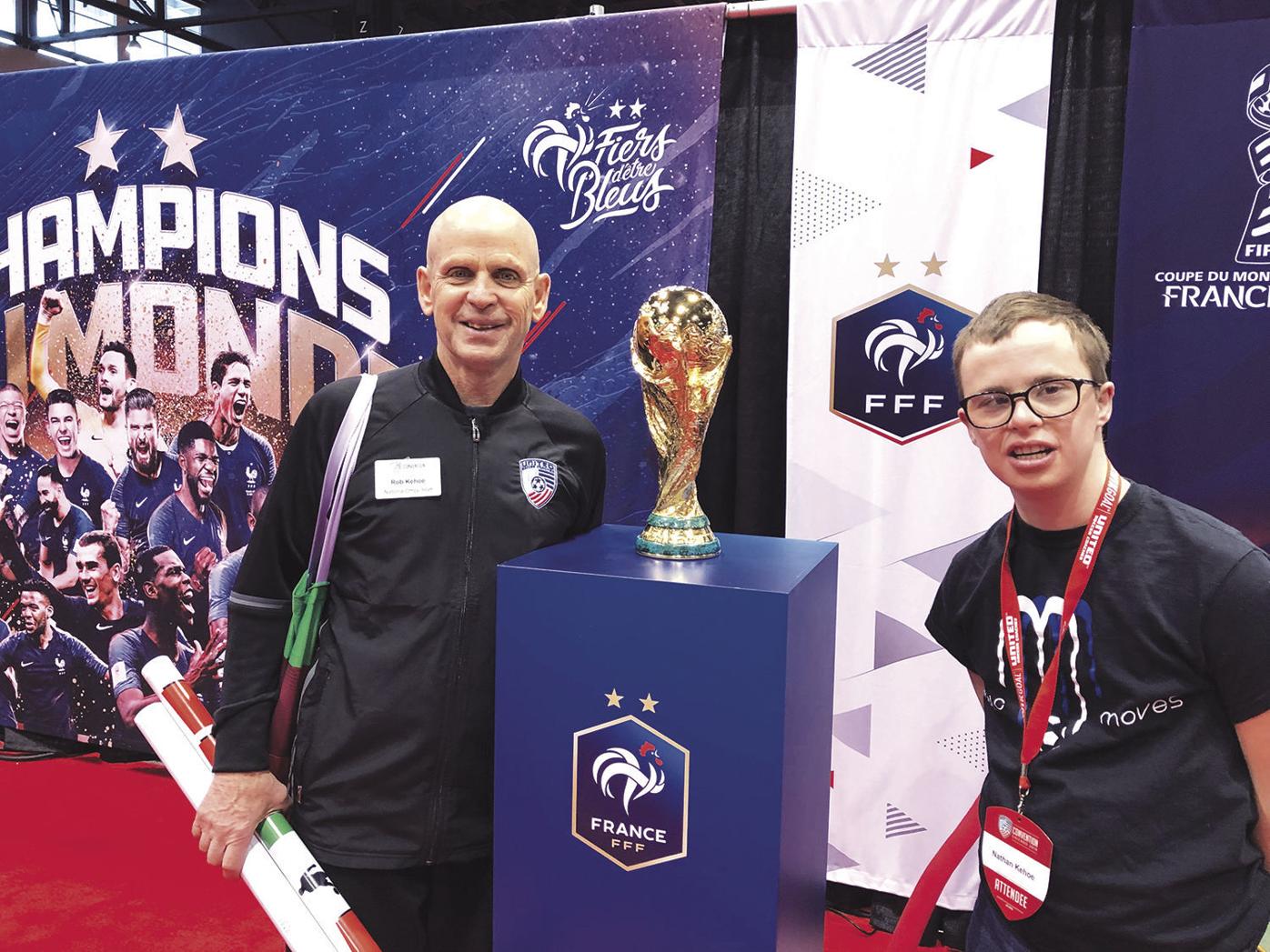 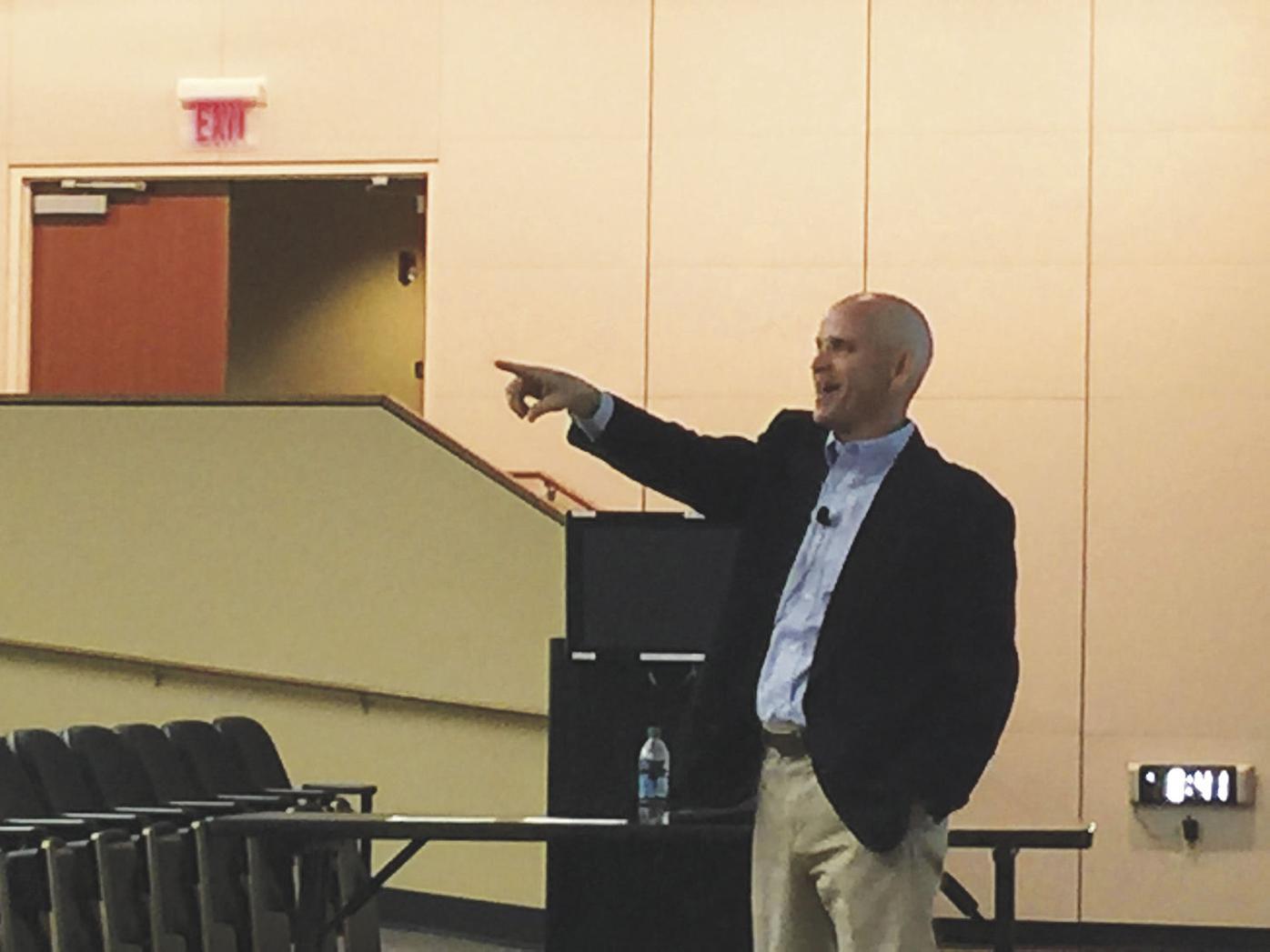 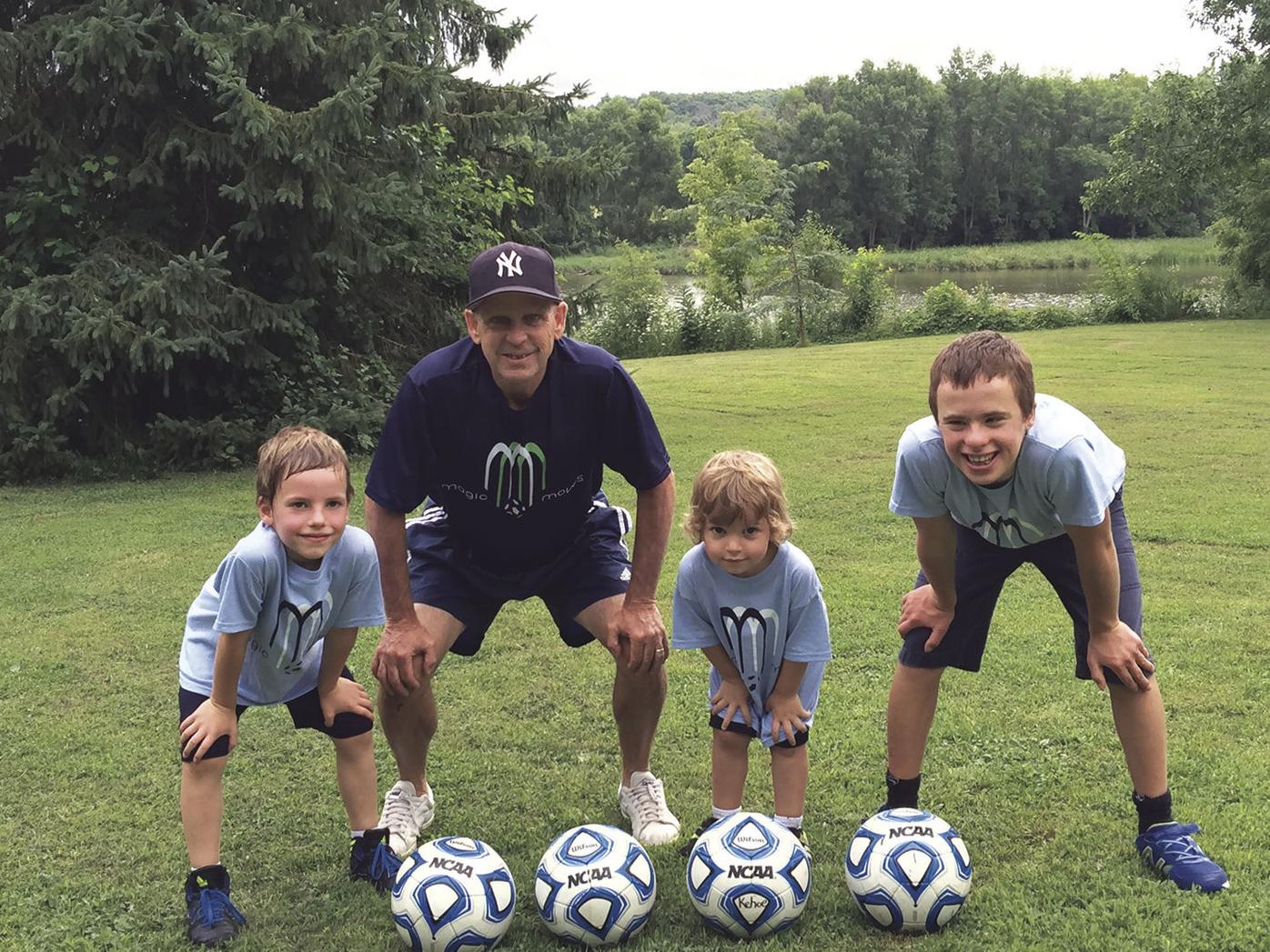 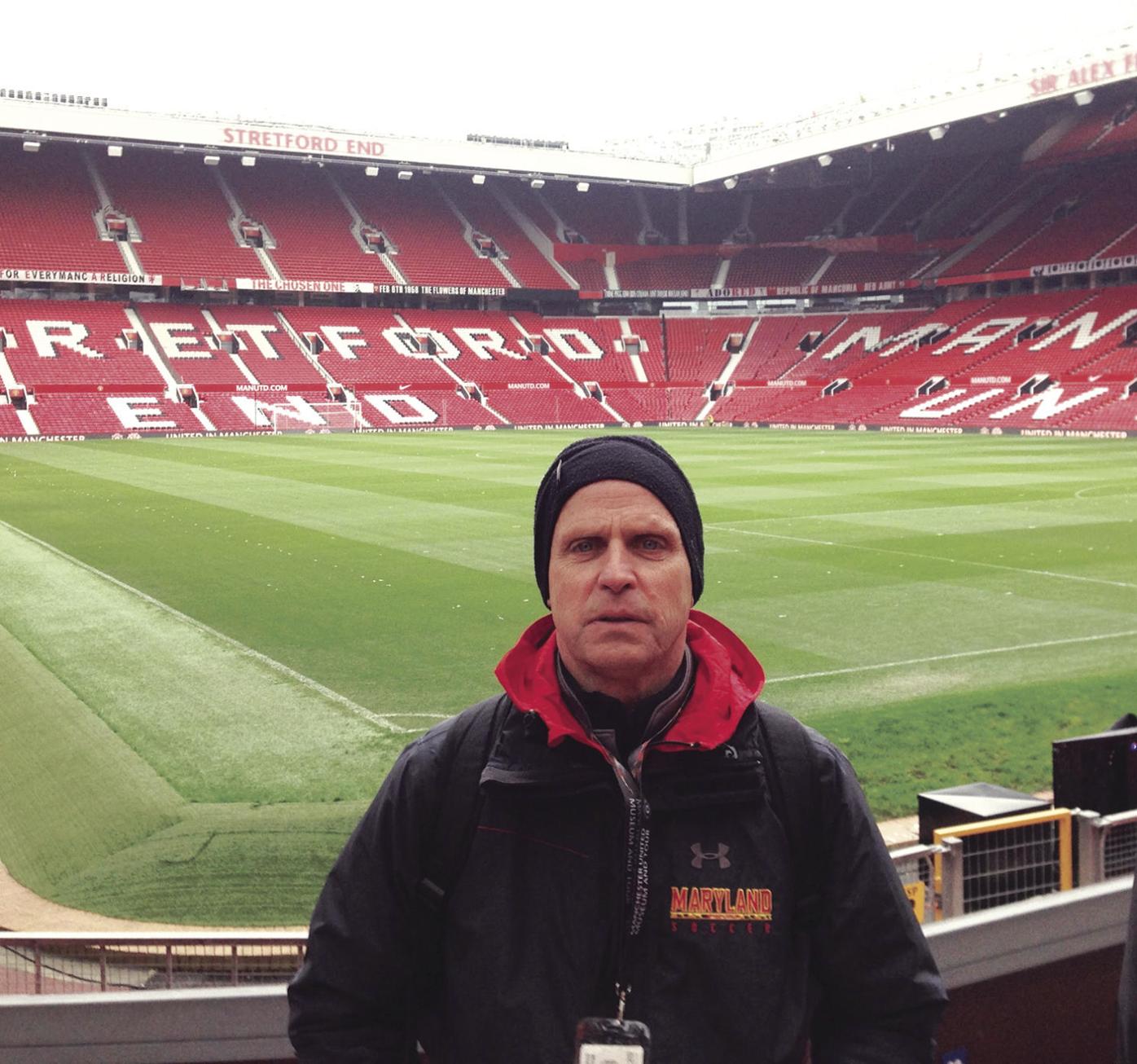 JEFFERSON — Moving from California to Wisconsin, Robert Kehoe sought recreational opportunities for his young sons when he signed them up for youth soccer, a game he’d never played.

Little did he know that simple decision would change his life.

Kehoe grew up playing the traditional sports of football and basketball. When his high school coaches suggested he check out soccer, he thought “Why?”

He began working in juvenile corrections and later developed a leadership training program.

Moving to Wisconsin with his growing family, soccer seemed like the right fit for his active boys, and as he learned about the game, Kehoe’s love of the sport grew.

“I was very impressed with how the coaches were teaching the game,” Kehoe said. “Everyone always had a ball. They were always involved, not so much sitting on the sidelines.”

Kehoe started helping with his sons’ teams, coaches for which were affiliated with the University of Wisconsin-Milwaukee.

After a couple of years, Kehoe started coaching himself through the youth program.

Shortly thereafter, Bob Gansler, the UW-Milwaukee head men’s and women’s soccer coach, was tabbed to head up the U.S. soccer team as they attempted to qualify for the 1990 World Cup.

“I started working with the UW-Milwaukee team around 1989 or 1990,” Kehoe said. “I really connected with the players and teams. Watching the game played at that high level instilled a lifelong passion in me.”

In 1991, assistant coach Sasho Cirovski, with whom Kehoe developed a particularly close bond, became head soccer coach with the University of Connecticut-Hartford. At Cirovski’s invitation, Kehoe starting working with that team, which under the new coach went from the bottom of the pack to playing in the NCAA tournament.

In 1993, having turned UC-Hartford’s team around, Cirovski moved on to the University of Maryland, which saw a similar arc, winning the national championships four straight years.

Cirovski credited Kehoe and “Winning Ways” as one of the ingredients in his teams’ success.

It was only natural that Kehoe became involved in the organization now known as United Soccer Coaches and its annual convention, which draws up to 15,000 attendees.

In 2008, Kehoe accepted the position as United Soccer Coaches’ Director of College Programs. He’d actually been offered the job several years before but turned it down, as the organization had wanted him to relocate to Kansas.

By this time, Kehoe and his wife Michelle were well established in the Jefferson area, having moved to Rome and later to his current address in rural Johnson Creek, and their five sons all had ties in the local community Andrew, the oldest, attended Jefferson High School for a couple of years before homeschooling. Robert and Brian graduated as homeschoolers. Nicholas attended Fort Atkinson High School, representing the school at state in swimming.

Their youngest son, Nathan, remains at home. A 2018 Jefferson High School graduate, Nathan moved on to the “Eagle Pathways” special education program until the pandemic hit and he chose to transition fully to the working world. Nathan works a few days a week at the Piggly Wiggly, where he has a smile and a sincere greeting for every customer.

When the coaches association approached Kehoe about the job a second time, he negotiated to work remotely so he could stay in Jefferson.

In the past dozen years, the position has seen a lot of growth.

The job entails working with the NCAA on legislation, recruiting, financial aid, and regulations; overseeing the collegiate ranking system; communicating with the U.S. soccer federation; serving as a liaison with professional soccer leagues and more.

Kehoe also took part in the steering committee that formed the Intercollegiate Coaches Association Coalition, which brings together coaches from all different collegiate sports to communicate in a united way.

The coaches association works directly with the NCAA on legislation, planning, championships and other factors impacting all sports.

During the pandemic, the association led the “Save Our Sports” drive, reacting to the trend of colleges cutting less prominent sports programs. The group put out a survey and garnered 110,000 signatures within a couple of days for its petition.

In keeping with his life plan to “retire” at the age of 70, Kehoe recently stepped down from his 12-year position with United Soccer Coaches, but he plans to continue his consulting business, Winning Ways, and its offshoot, Winning Ways Training.

He said he’s eager to get back more directly into teaching.

“It’s really rewarding to help people define their goals and chart their path to achieve their dreams,” he said. “Sports is a vehicle of education, providing tools for improving people’s lives. Even when the light goes out in your athletic arena, you still have the habits you’ve built up over the years to live vibrant lives with balance, purpose and discipline.”

In the near future, Kehoe and his son Robert will concentrate on heightening the consulting business’ web presence and developing a web app to allow more people to participate remotely — especially important while the pandemic keeps people from assembling in large groups.

Reflecting back on his soccer connections, Kehoe said, “Looking at this little ball, it’s been a gift of amazing grace. I could never have imagined the experiences I have enjoyed and the relationships I’ve built through my introduction to soccer, and how much I have gained through being immersed in this game.”