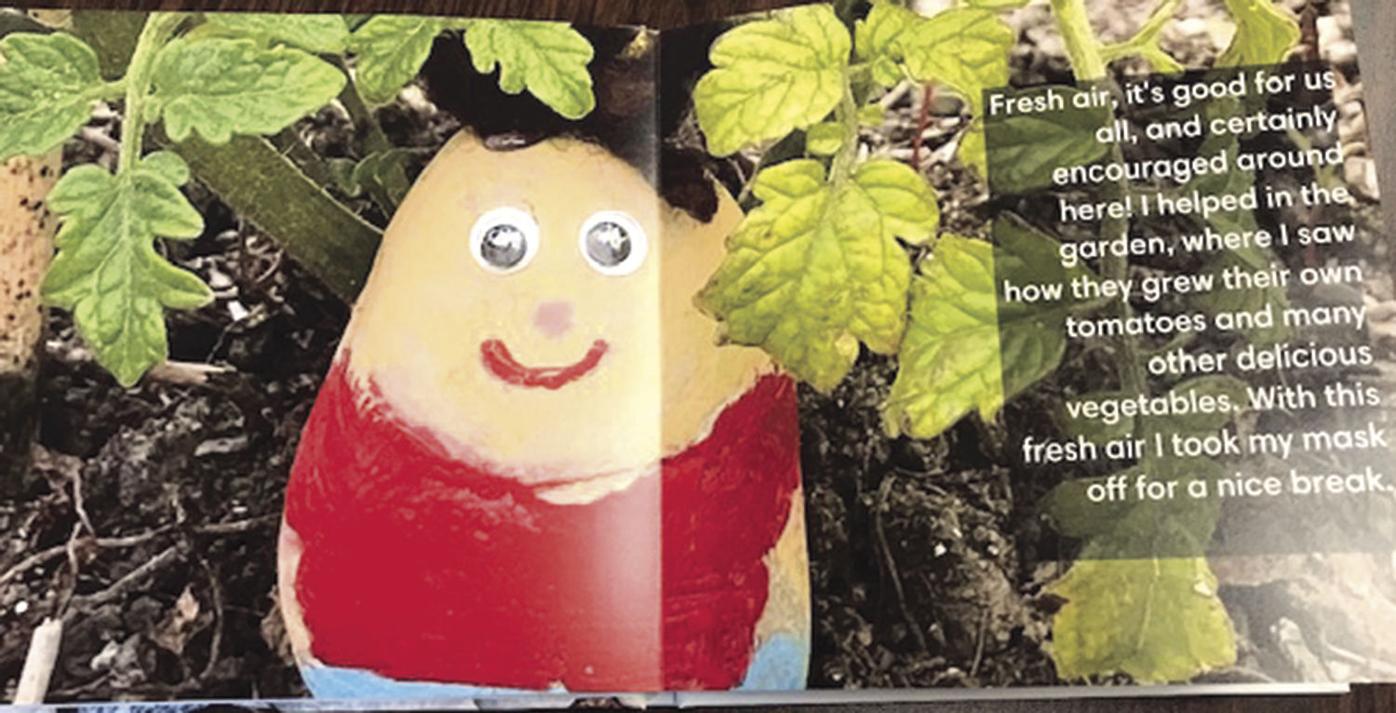 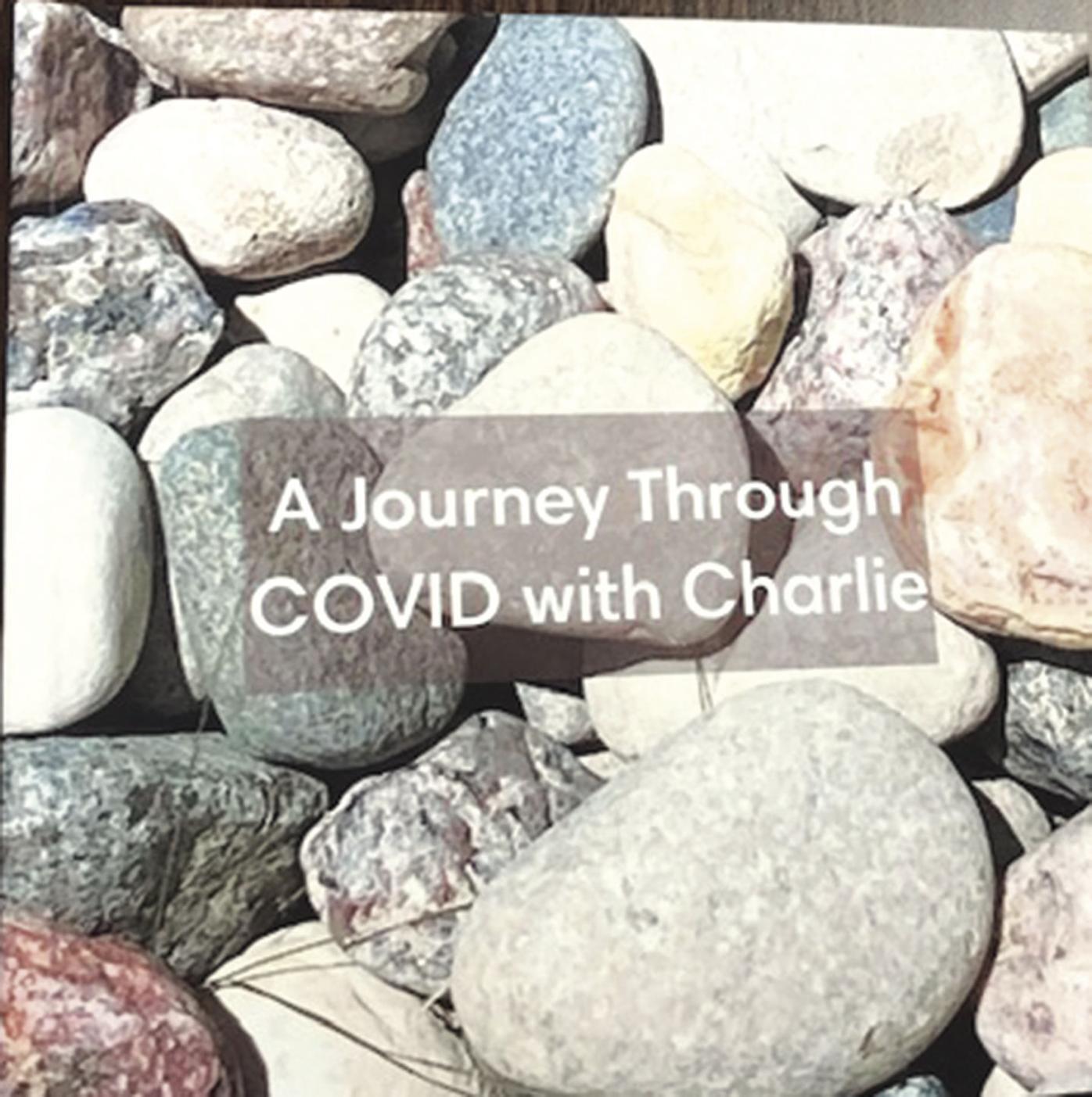 The residents at The View Communities in Johnson Creek write a book about a pet rock’s experience with COVID-19. 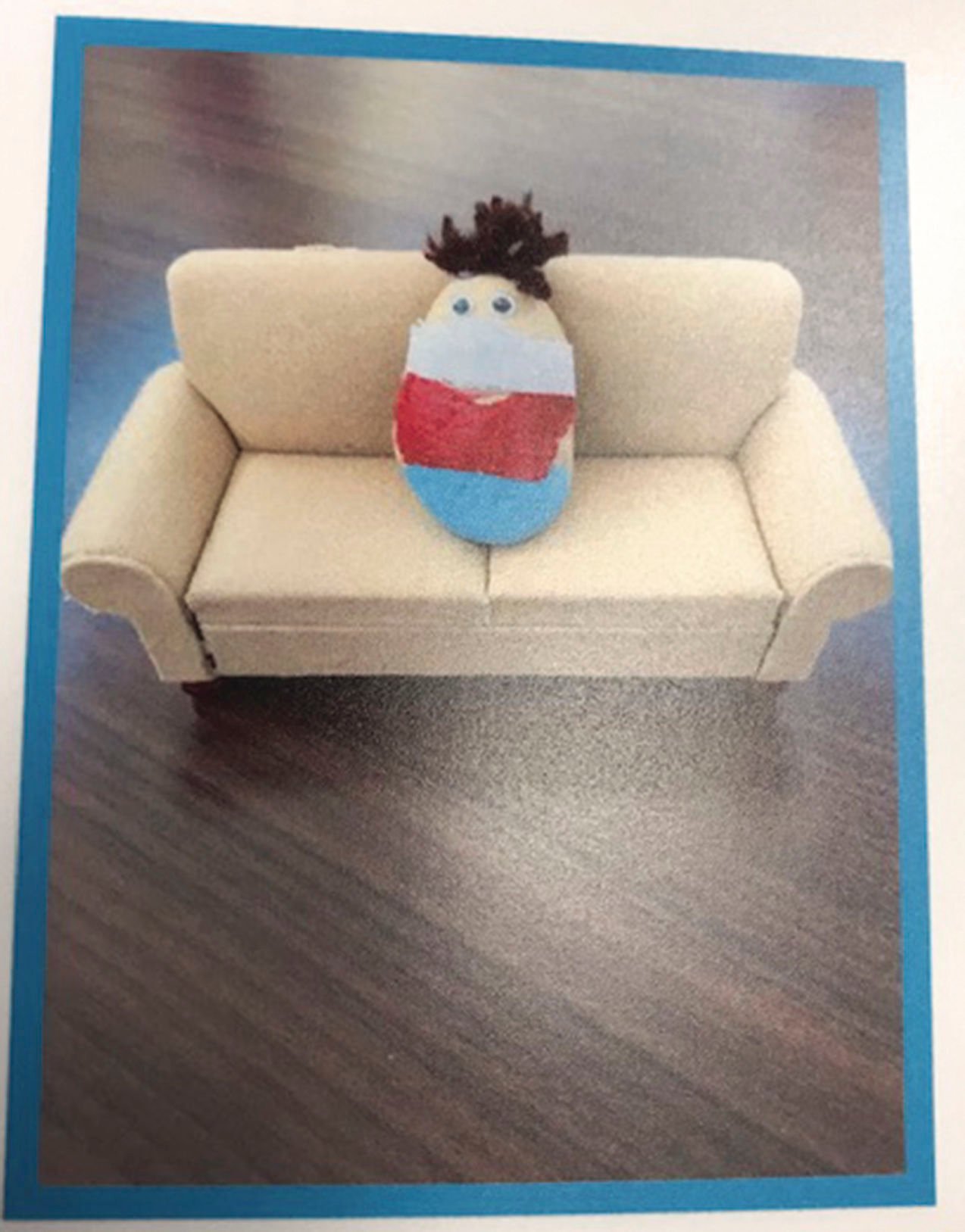 COVID Charlie on his specially-designed couch at The View Communities.

COVID Charlie is the main character in a book written by residents at The View Communities in Johnson Creek.

The residents at The View Communities in Johnson Creek write a book about a pet rock’s experience with COVID-19.

COVID Charlie on his specially-designed couch at The View Communities.

COVID Charlie is the main character in a book written by residents at The View Communities in Johnson Creek.

JOHNSON CREEK — Hanging out with a pile of rocks has brought fame to one rolling stone at The View Communities in Johnson Creek.

That stone has been named COVID Charlie. His job, according to a page in a book written by residents, is to help people smile.

Residents at The View Communities were looking for rocks to paint one day when they discovered Charlie. “It was something to occupy their minds and record what was going on in 2020,” said Colleen Roberts, community relations director for The View.

Three of those residents painted a red shirt and blue pants on Charlie. A mask made of gauze was put over the three-inch tall stone. Eyes and a mouth were also added.

As the pandemic continued to spread throughout the village, the state and country, the ‘View Family’ of approximately 30 residents began to record the events of the year. Charlie was their “pet rock,” which soon became the main focus of activities and events at the community.

Those residing at The View remembered back to the 1970s and the popularity of pet rocks, Roberts said. But many of the caregivers do not know about pet rocks but enjoyed the fun the residents were having taking the rock on bus trips, setting him near the dominoes and taking him along to a luau event, she added.

Those trips and experiences were recorded and upon Robert’s suggestion, a book was produced, “A Journey through COVID with Charlie.”

The 14-page book begins, “The sun was shining bright, birds were chirping, bees buzzing and the wind was calm.”

The cover of the cardboard book is a picture of landscaping rocks, what Roberts calls Charlie’s gene family.

“Here I lay, an ordinary rock ...” There are several photos of Charlie throughout the book in his red shirt and blue pants, along with his wild hair style. On one page he has his mask off as he is pictured outside among the greenery.

Roberts, who started working at The View in May, proposed making the story into a book. “We made it fun and funny,” Roberts said. “He really cheered up a lot of people. I think it is cute.”

The Snapfish book was put together by a colleague of Roberts. The print is in large type for both children and older adults.

There are several editions of the book available at The View and Roberts is working to get the books at the Johnson Creek and Oconomowoc libraries. She is hoping to have residents read the books at children’s story times at those libraries and other libraries. “I have to shop around and see who wants to do it.”

Despite the decrease in COVID-19 cases, Charlie remains active and visible at the assisted living facility. Most days he is propped up on a small couch that was made especially for the rock. He can also be seen at events throughout the facility.