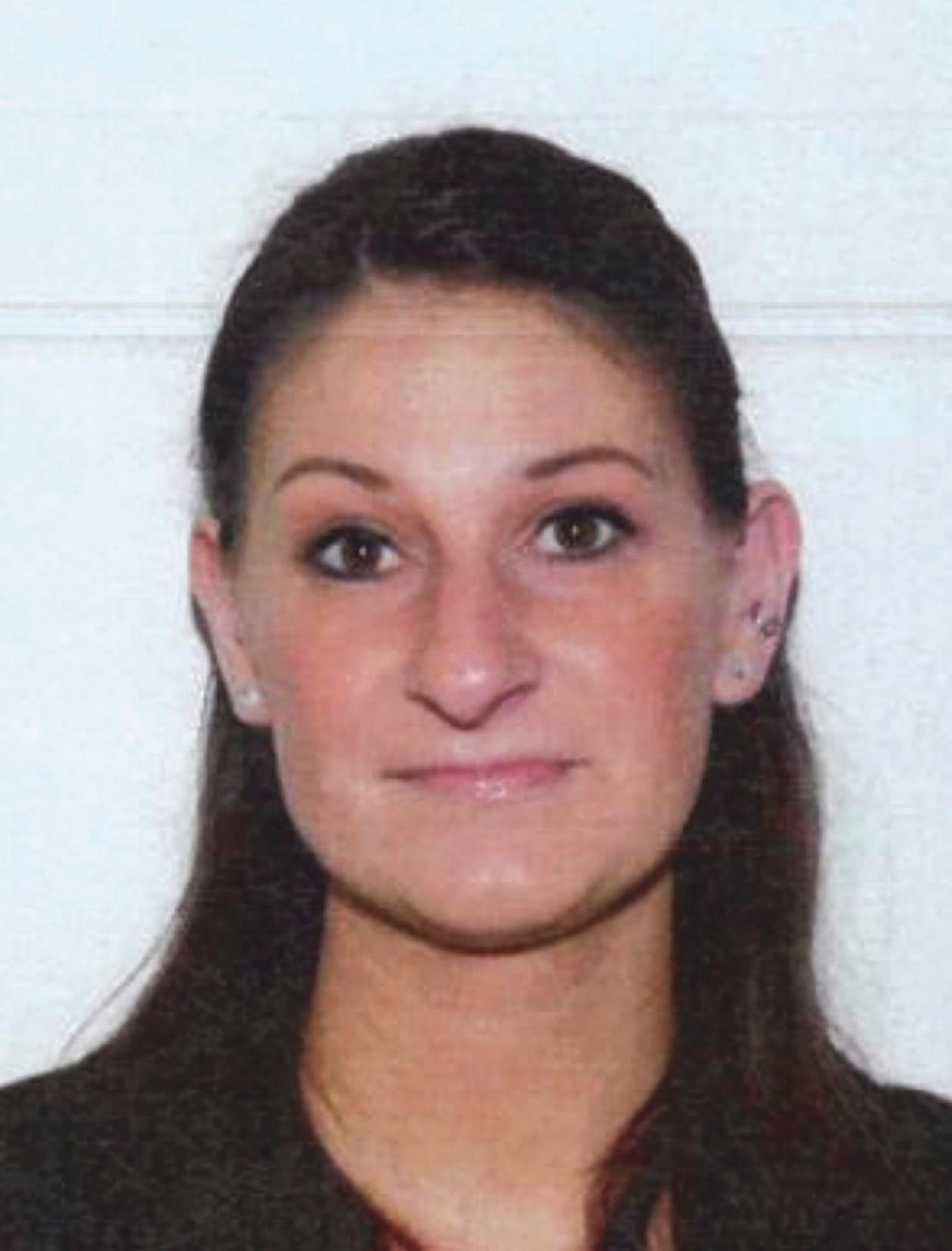 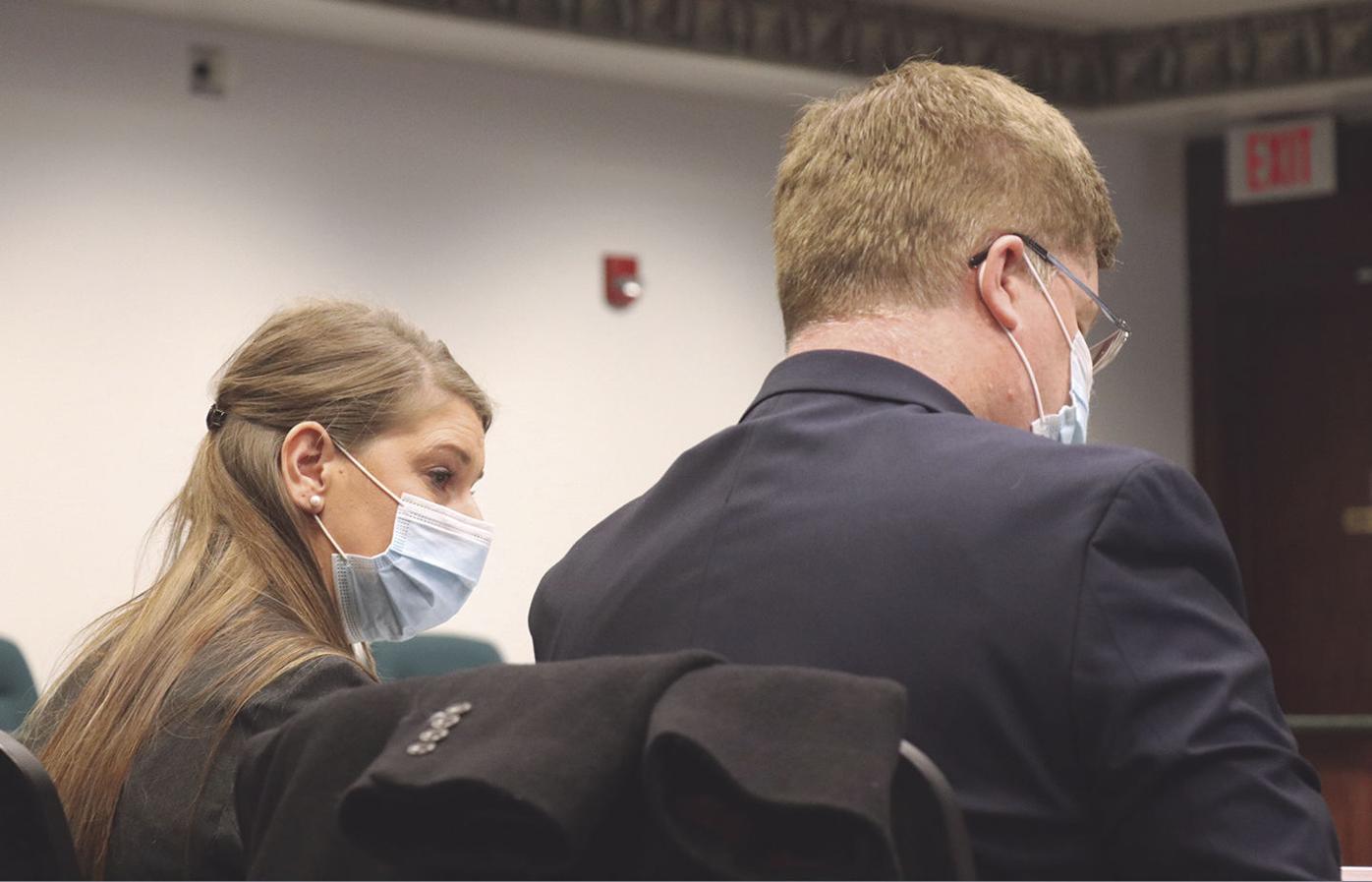 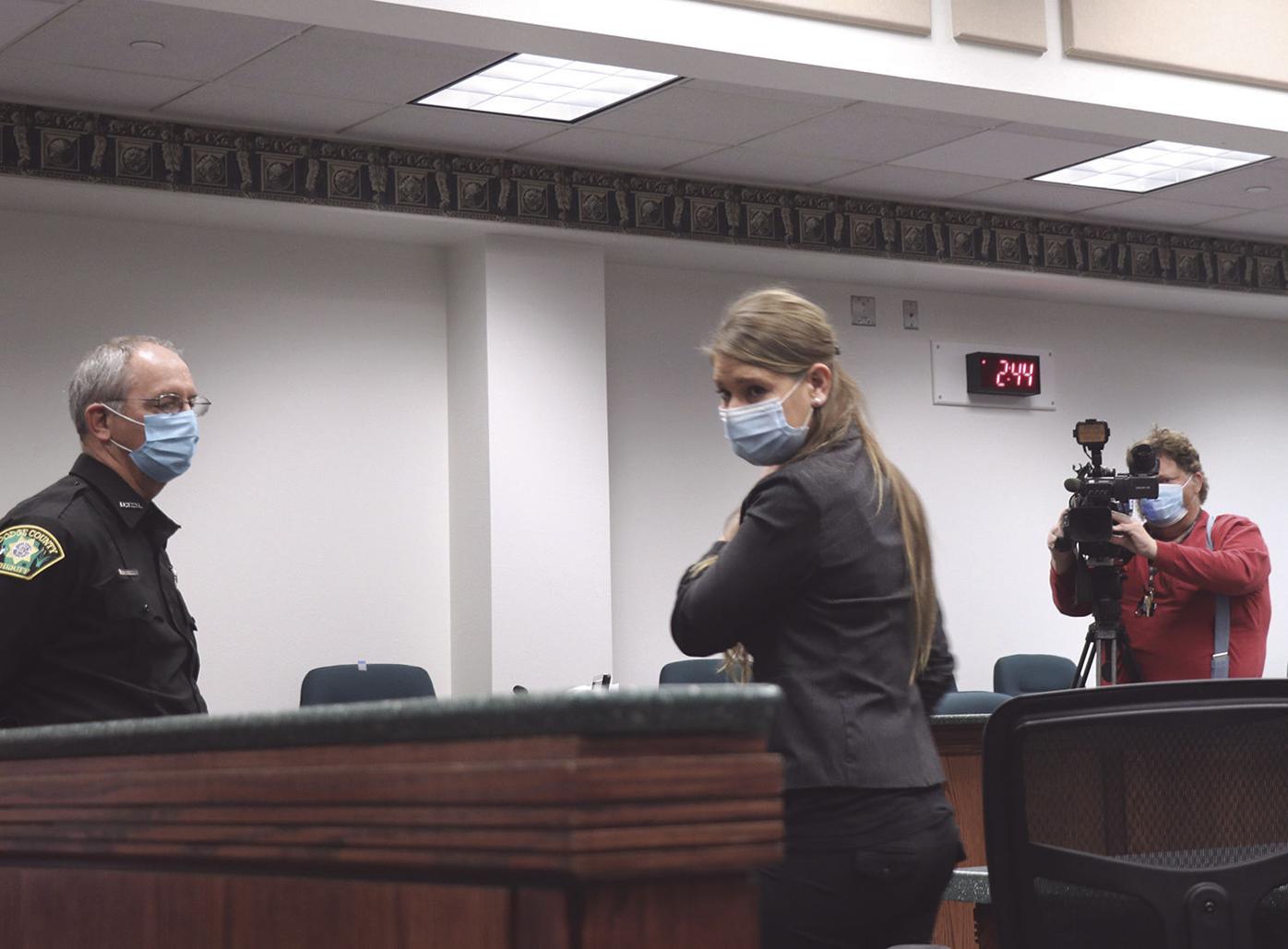 Janelle Gericke looks back at her family before she was led away following her sentencing Friday to two years in prison.

Janelle Gericke looks back at her family before she was led away following her sentencing Friday to two years in prison.

JUNEAU — While the Lake Mills community mourned the loss of firefighter Christopher Truman in January 2019, prosecutors reported Janelle Gericke was attempting to break into his residence. It was an addiction to opioids that led her to use the obituaries as an avenue to find possible targets for burglaries.

The former deputy was found guilty Friday of two felony counts of burglary and a felony count of attempted burglary.

Dodge County Circuit Court Judge Brian Pfitzinger sentenced Gericke to serve two years of initial confinement and three years of an extended sentence. Gericke also may not have any contact with the victims. She may not possess drugs or drug paraphernalia without a valid prescription nor be in the presence of anyone who does. She must participate in counseling and/or treatment as deemed appropriate.

“You knew your responsibility as a sworn law enforcement officer and you dropped the ball,” Pfitzinger said.

Wisconsin Assistant Attorney General Adrienne Blais read two statements from former coworkers of Gericke who had been burglarized by her as she searched for opioids and was recognized on home security footage.

Gericke would rummage through the person’s bathrooms and medicine cabinets, which is one of the more personal areas of their homes searching for drugs, Blais said. She suggested a year jail sentence with the first month being served without Huber privileges and a withheld sentence with five years of probation.

Jefferson County Sheriff’s Office Chief Deputy Jeff Parker spoke at the sentencing and said members of law enforcement should abide by a higher standard than the public and told her she took an oath of office to uphold the law.

“I felt we lost the main thing that every agency strives to maintain and that is public trust,” Parker said.

Gericke’s attorney, Thomas McClure, agreed with Blais’ recommendations, but asked for a modification so she could watch her young daughter when her husband was at work and serve her sentence in Jefferson County.

In a tearful and emotional statement, Gericke told the court addiction drastically changes a person.

“I can’t go back and change the choices that I made,” she said. “My disease turns people into individuals we never thought we’d be. It leads us down a path of darkness. Addiction does not think about who you hurt. It does not care about your wellbeing or what is at stake.”

She also said in her statement she wants to help others who struggle with addiction and plans to attend University of Wisconsin-Whitewater for a degree in social work.

According to the criminal complaint, it describes seven instances in which Gericke was seen in person or on surveillance video outside of people’s homes. Her targets included people she knew to be at the funeral of loved ones, coworkers, acquaintances and even one person she knew to be dead.

Although it appears she didn’t take anything from the houses she was in — the complaint lists an expired checkbook as the only item reported missing— Gericke was caught inside the home of a family who had just returned from a funeral and on a security camera outside the home of a coworker who was out of town.

The sheriff’s office began a criminal investigation into the crimes Feb. 24, 2018, according to the complaint. That is when Deputy Jeremy Franke responded to a report of a Watertown burglary at the home of an 82-year-old man.

More than a year — and several homes later — a pregnant Gericke was recognized on security footage by sheriff’s deputies and the investigation was handed over to the State of Wisconsin Department of Justice’s Division of Criminal Investigation.

The DOJ investigation tied Gericke to several of the homes through video, fingerprints, surveillance and eyewitness identification, according to the complaint.