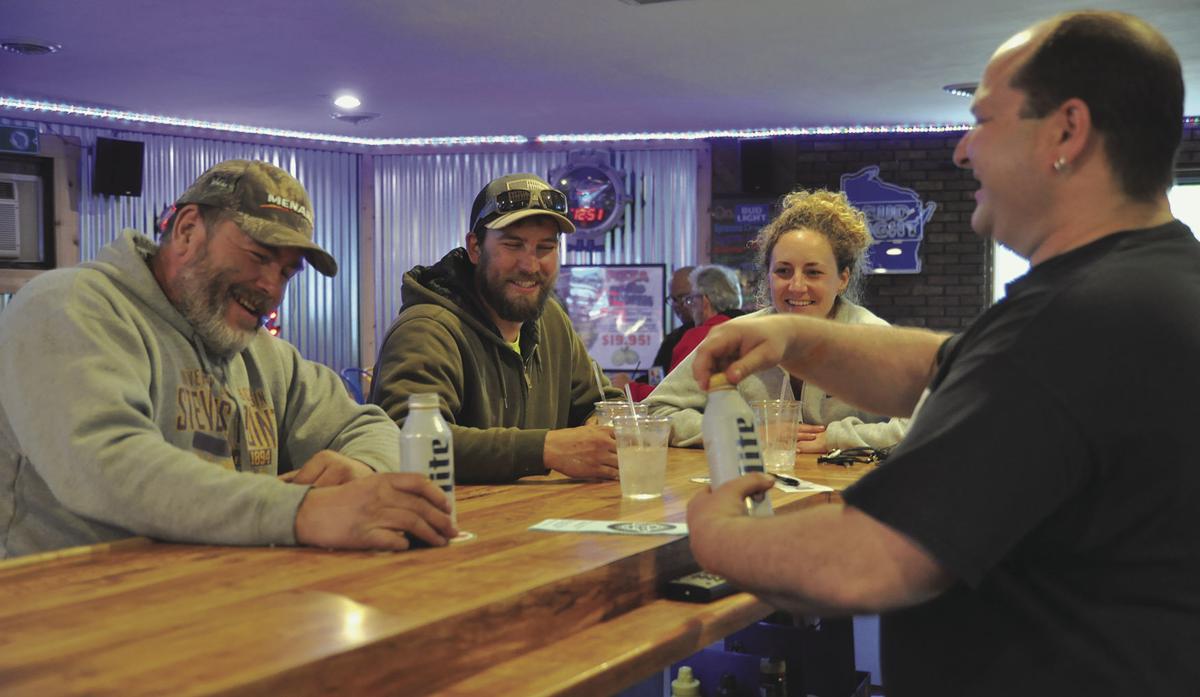 Bigg’s Bar and Grill Manager Josh Harris serves a cold beer to William Liebhart, from left, who was enjoying his Thursday lunch hour with Jacob Gross and Kaylyn Nord. 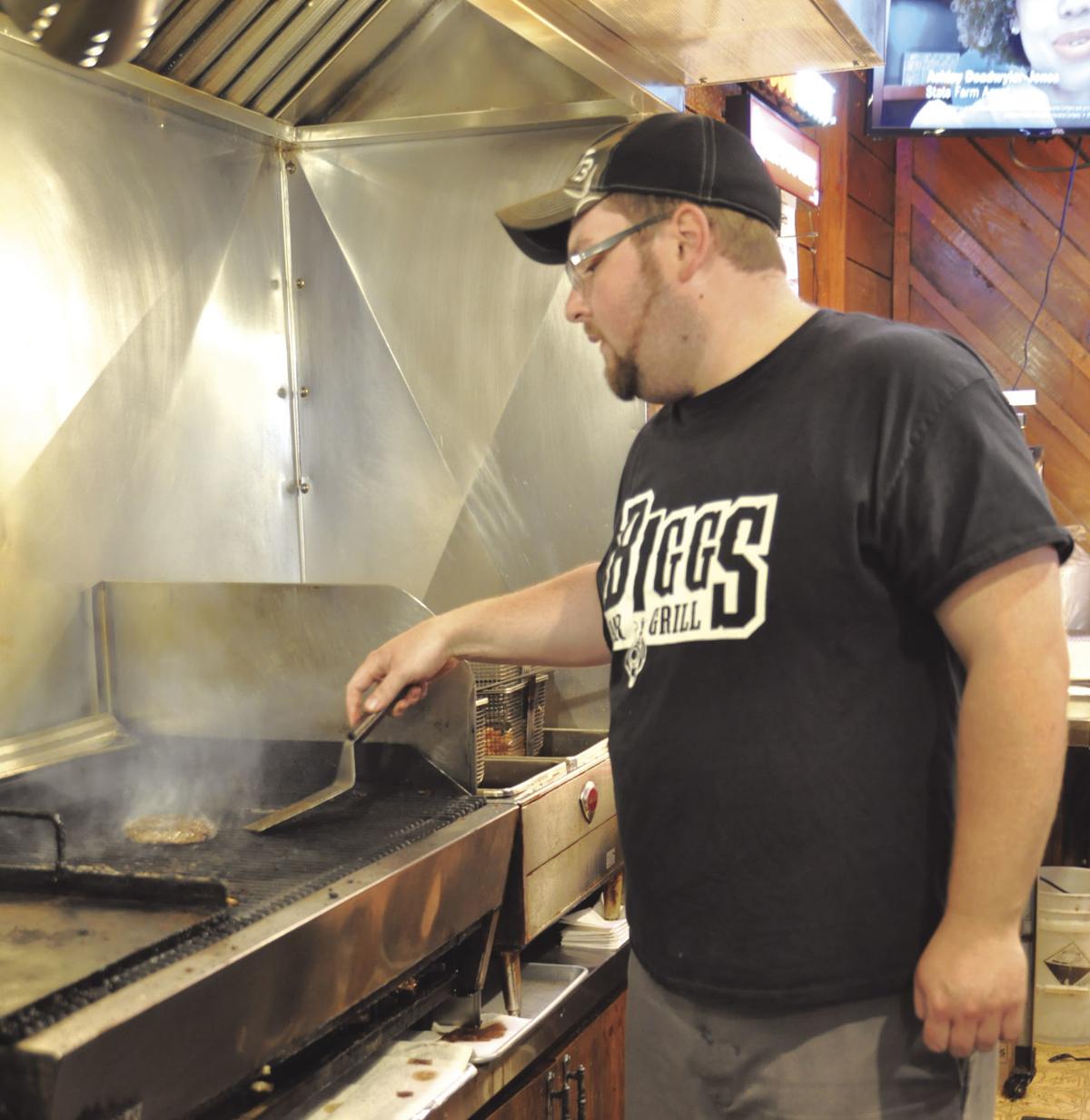 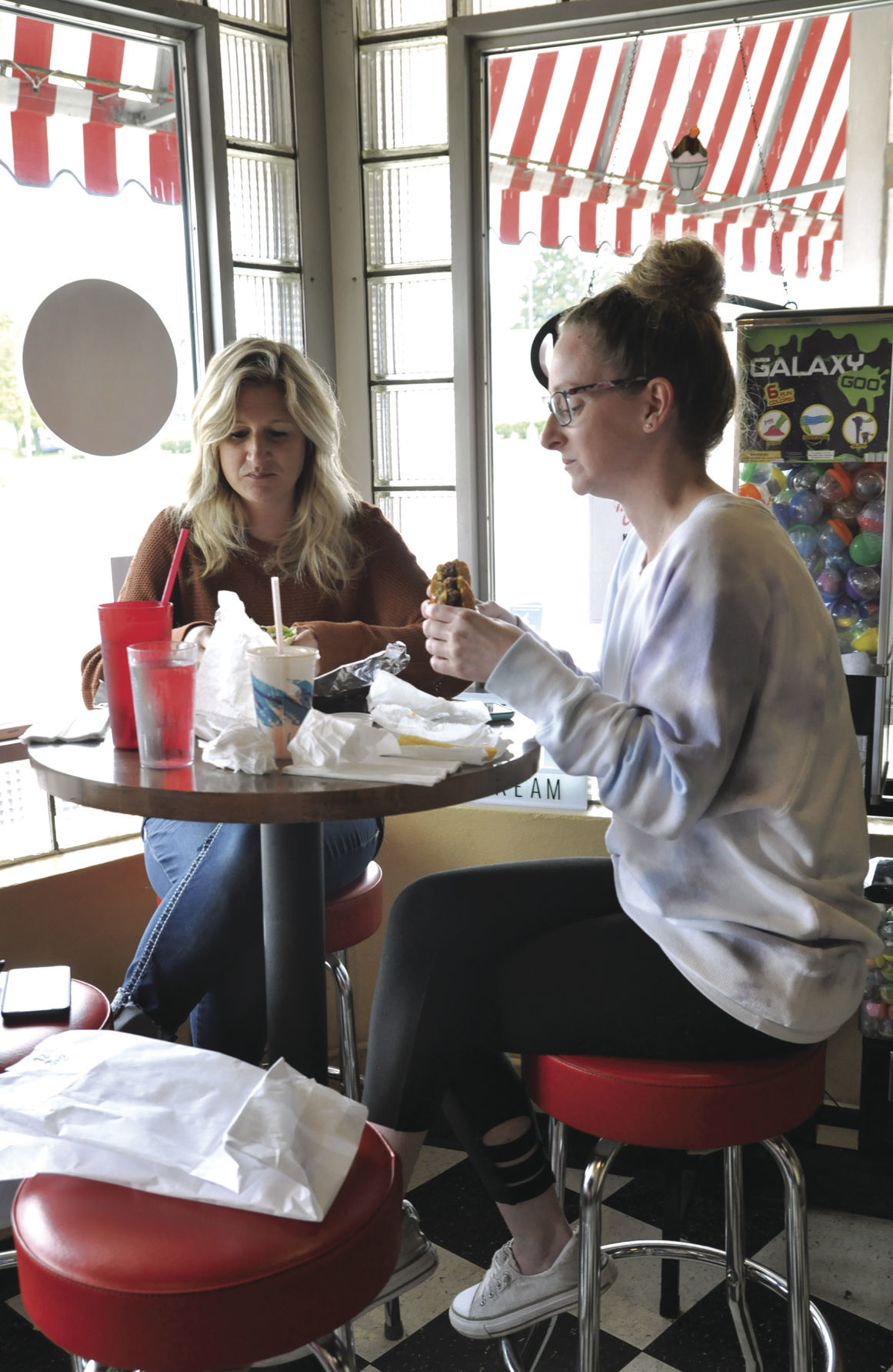 Bigg’s Bar and Grill Manager Josh Harris serves a cold beer to William Liebhart, from left, who was enjoying his Thursday lunch hour with Jacob Gross and Kaylyn Nord.

“It’s long overdue,” said Josh Harris, Bigg’s and Grill manager. “What can I say that is not cliche? I’m very happy the order has been lifted.”

“We have been receiving a lot of questions about businesses opening,” she said.

McFarland said the city can’t provide legal advice to business so she encourages business owners to consult with their legal counsel and assess their own individual risk and liability.

“This is a fluid situation and more information will be forthcoming,” she said. “As possible administrative rules or other measures are potentially determined, we will do our best to keep the city informed.”

Although several local restaurants, barbers and hair stylists were not open Thursday, they are likely to open in the near future.

Bismarck’s Main Street Bar, Main Street Cafe, Taqueria Maria’s and Zwieg’s Grill are not yet open to the public, but are still offering take-out orders.

Mullen’s Dairy Bar co-owner Adam Keepman said he has been open since the Safer-at-Home order was in effect, but he was only preparing take-out orders for his patrons.

“All the food is prepared and wrapped to go,” Keepman said Thursday. “If people wish to stay in and eat here they are more than welcome to do so. It’s up to them.”

McFarland said in light of the state supreme court’s ruling, the city has been working around the clock to ensure consistency with other municipalities.

“At this time, the city intends to issue recommendations consistent with the Wisconsin Economic Development Corp. and other national guidelines,” she said. “We will continue to monitor the situation and make adjustments as needed. The order was overturned, and the virus is still in our community.”

McFarland recommends local businesses follow the advice of the WEDC so residents can do their part to remain safe.

Wednesday’s decision also meant no enforcement action will be taken against an area bar that opened before the Safer-at-Home order ended.

On Saturday, while the Safer-at-Home order was still enacted, Sixth Gear Bar located on Highway 33 in the Town of Beaver Dam reopened their doors.

Dodge County Sheriff Dale Schmidt said he had discussions with the owner before they opened and covered possible outcomes and repercussions. He said he visited the business on Saturday, urged social distancing and took photos as well as gathered information for a report. Follow up investigations took place on Sunday, Tuesday and Wednesday. Sixth Gear was closed Monday.

Schmidt said after the Wisconsin Supreme Court ruled to strike down the Safer-at-Home order, the investigation into Sixth Gear Bar is complete and he has determined no violation of law has taken place because the order allegedly being violated was deemed unlawful. He added that the case is being closed effective immediately with no further action being taken by his office.

In his decision, Schmidt cited Wisconsin Attorney General Josh Kaul, who wrote, “Agencies should not make arrests or take any other legal action based on the terms of the Safer-at-Home order. While there is some language in the order creating uncertainty as to whether a stay was issued, DOJ does not believe that the supreme court’s ruling was stayed and, in any event, would not want anyone enforcing an order the supreme court has found to be unlawful.”

Schmidt said last month he issued a statement that he had concerns over the legality and constitutionality of the Safer-at-Home order.

“I stated I had concerns and we would evaluate the situation, using the legal discretion given to law enforcement by the state, prior to making a decision on enforcement. This was done to ensure no one’s rights would be infringed upon,” Schmidt said. “Every violation that was brought to our attention was investigated and followed up on. The vast majority of those we contacted complied with our requests for voluntary compliance.”

“Those are the two documents I took an oath to support, just as every other elected official in our state, and I take that oath very seriously,” Schmidt said. “As your sheriff, you should expect nothing less of me. I did not make the decisions unilaterally, but rather brought my concern to the legislature, who brought that concern to the courts. The proper process took place in the evaluation of this order with the proper entity, the Wisconsin Supreme Court, making the final decision.”

He encouraged the public to continue social distancing from one another and abide by the Centers for Disease Control guidelines.

“Please use common sense as we proceed in the coming days and weeks,” he said. “It is important that we continue to do our best in keeping our communities as safe as possible.”