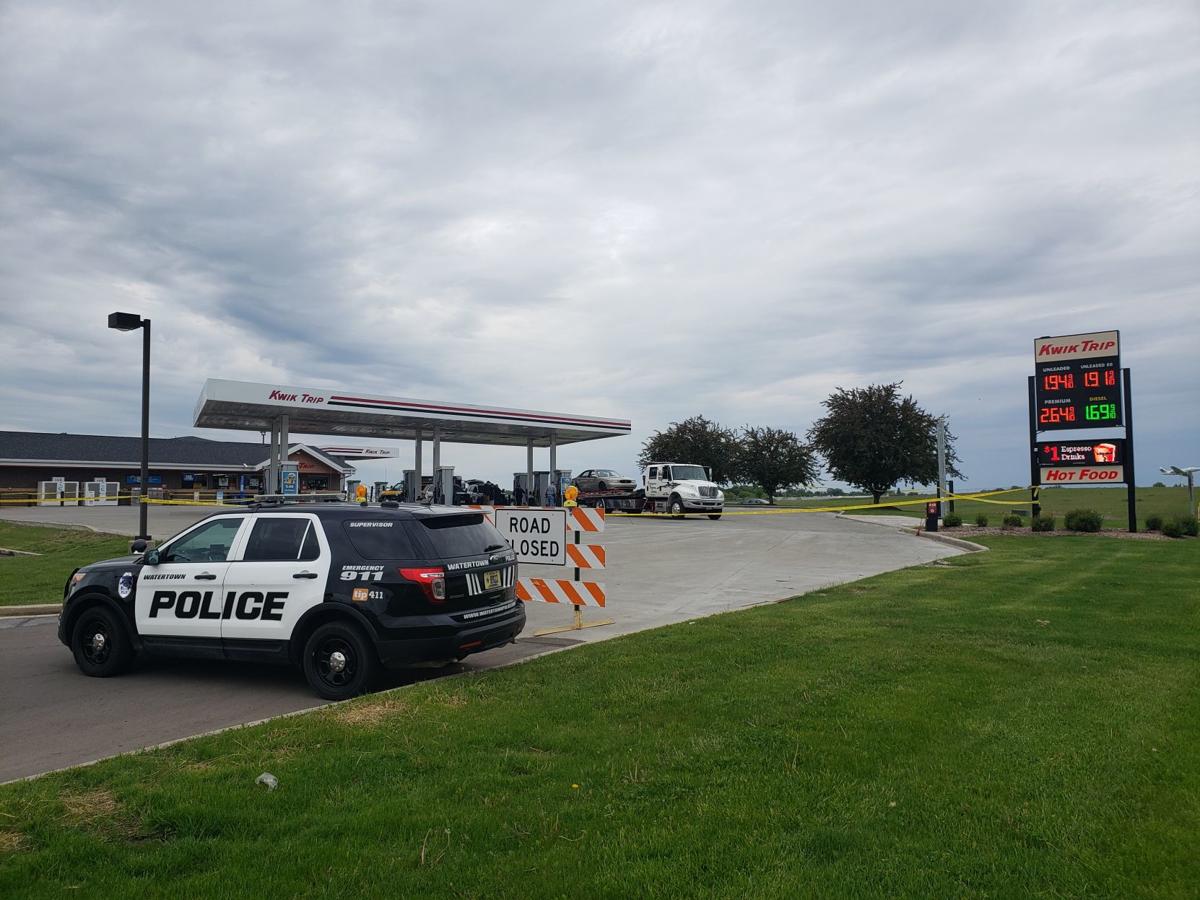 Authorities were loading a Buick on a flatbed truck Monday morning after an officer-involved shooting Sunday night in the parking lot of Kwik Trip on South Church Street in Watertown. The car was involved in the shooting.

Investigators were still at the scene Monday morning of an officer-involved shooting at the Kwik Trip in Watertown the night before.

Authorities were loading a Buick on a flatbed truck Monday morning after an officer-involved shooting Sunday night in the parking lot of Kwik Trip on South Church Street in Watertown. The car was involved in the shooting.

Investigators were still at the scene Monday morning of an officer-involved shooting at the Kwik Trip in Watertown the night before.

The Wisconsin Department of Justice Division of Criminal Investigation is investigating what has turned out to be a fatal officer-involved shooting in the parking lot at Kwik Trip on Church Street in Watertown Sunday evening.

An unidentified white male was shot by a Watertown police officer in a confrontation following a traffic stop and the Jefferson County Medical Examiner’s Office said late Monday afternoon that the man had died. The male was injured and taken to the hospital by ambulance; the officer was not injured.

“I was notified this afternoon of the death of the gentleman involved in the police-involved shooting on Sunday,” Jefferson County Medical Examiner Nichol Tesch told the Daily Times, adding she could not disclose the man’s identity Monday afternoon. “After speaking with the Department of Justice Communications Office, I was advised that they will be responsible for releasing any further case information.”

According to the DOJ, an officer from the Watertown Police Department initiated a traffic stop in Watertown for a burnt-out taillight.

Law enforcement had been looking for the man to question him about his involvement in a domestic incident, according to a DOJ statement.

“Non-lethal means were deployed prior to an officer discharging his firearm and striking the white, male subject. A firearm was found on scene,” the statement said.

The DOJ said law-enforcement personnel immediately attempted lifesaving measures on the man, and paramedics later transported him to a nearby hospital.

No law enforcement personnel or other individuals were injured during the incident, the statement said.

The involved officer from Watertown Police Department will be placed on administrative leave, per department policy.

All involved law enforcement are fully cooperating with DCI during this investigation, the DOJ announced.

DCI is continuing to review evidence and determine the facts of this incident and will turn over investigative reports to the Jefferson County district attorney when the investigation concludes.

No additional details were available at Daily Times press-time Monday.