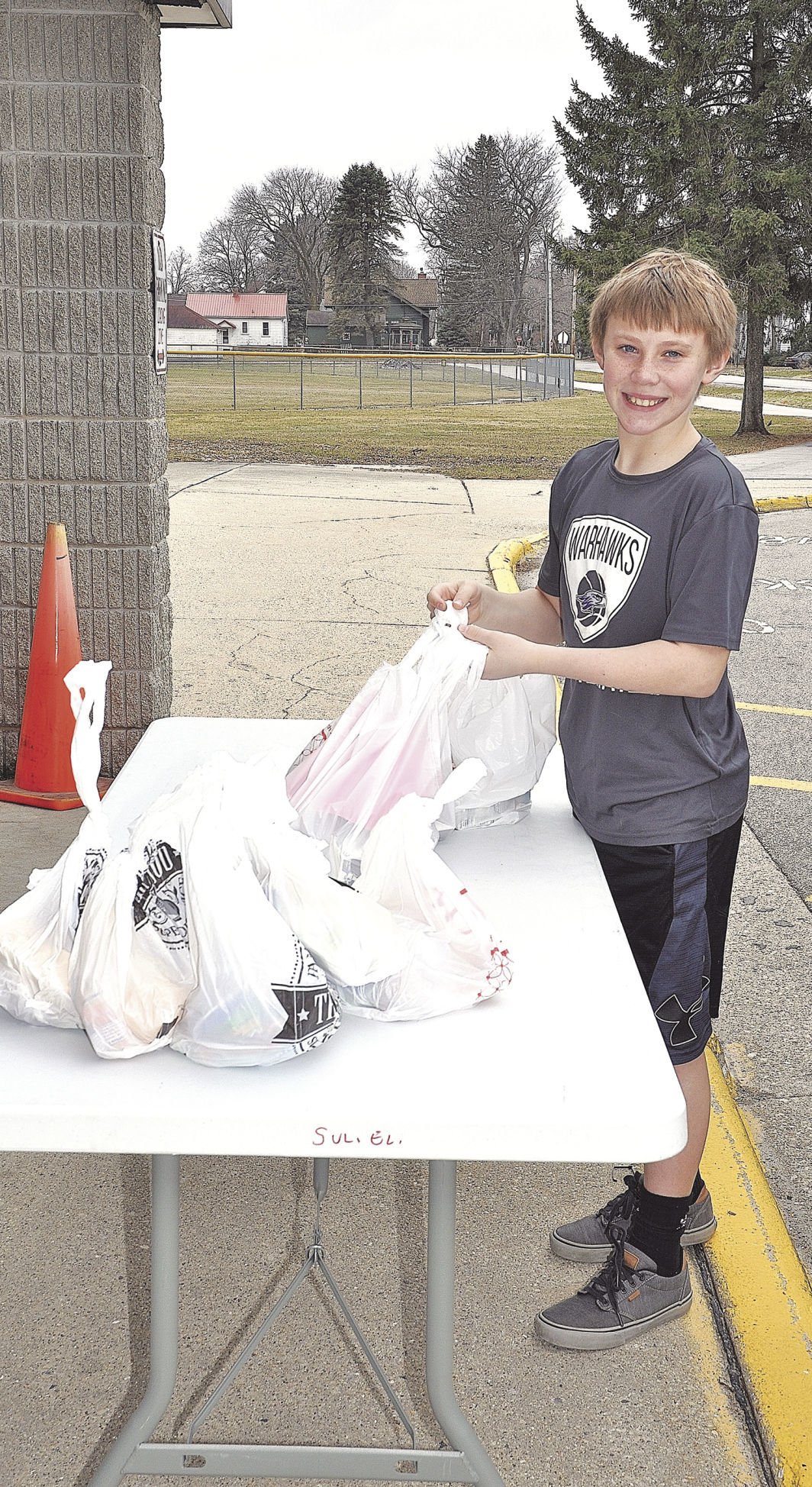 Eli Luebke, a sixth-grade student in Jefferson, picks up meals for his family. 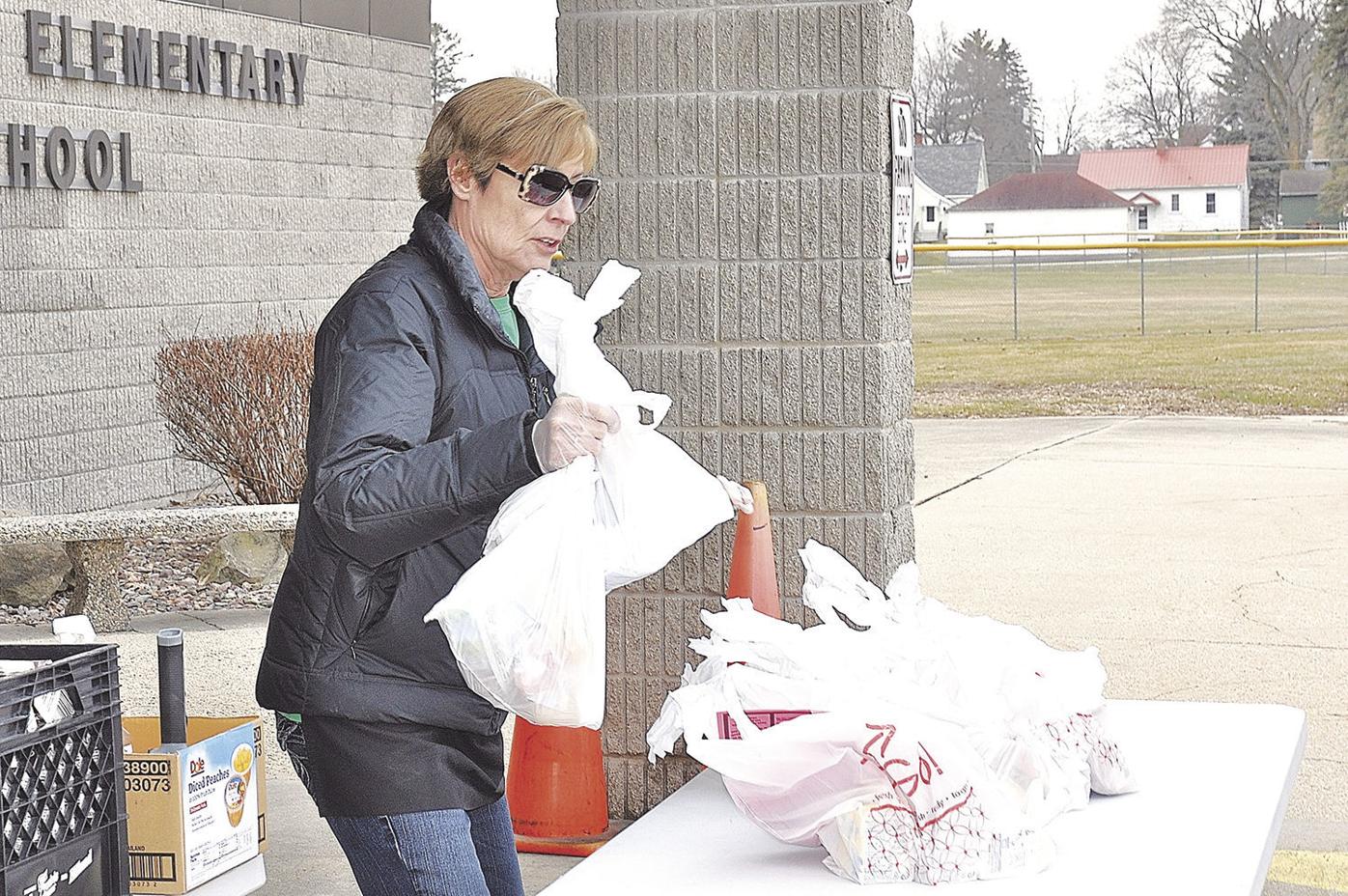 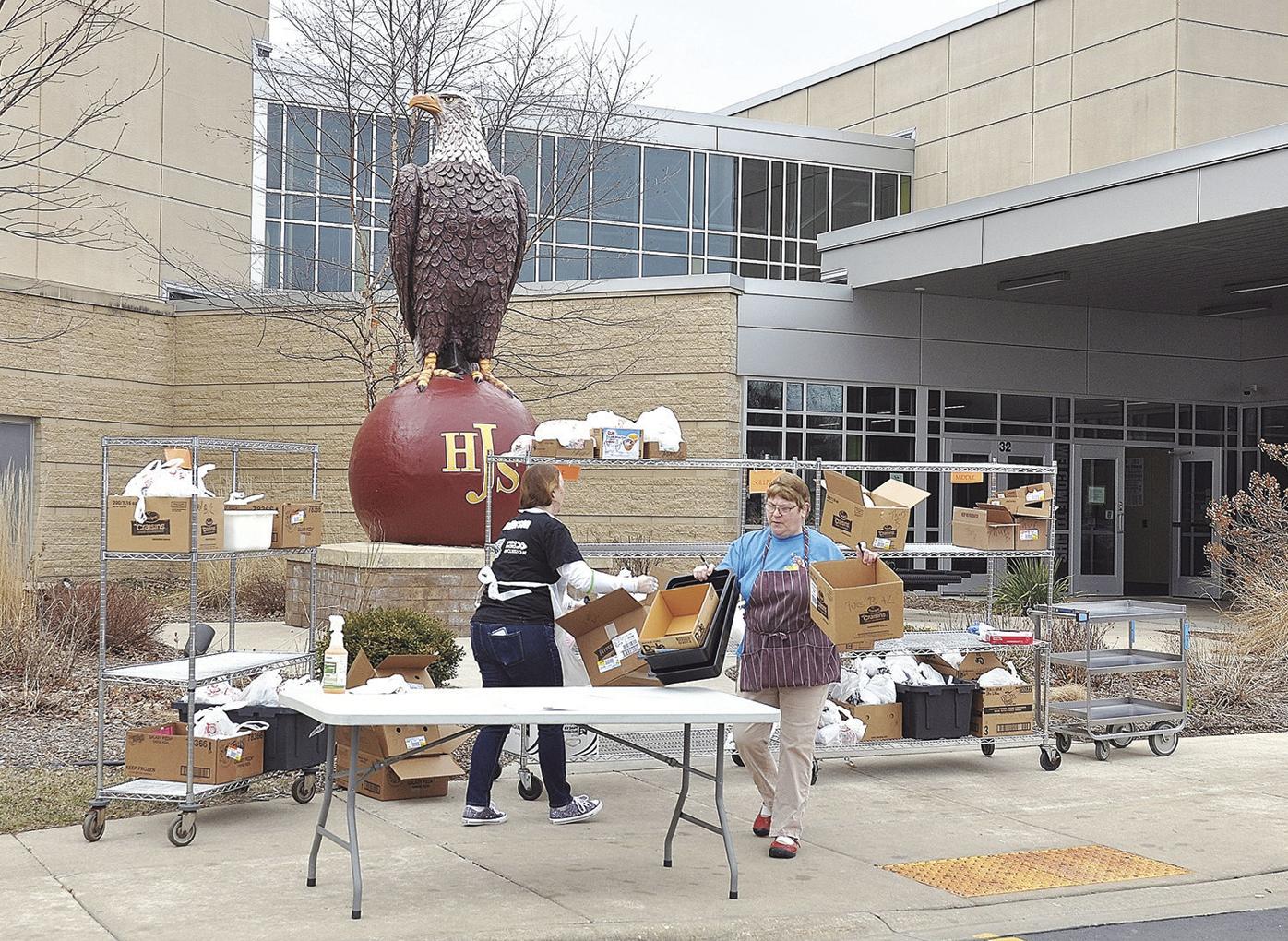 Eli Luebke, a sixth-grade student in Jefferson, picks up meals for his family.

JEFFERSON — Over what was supposed to be spring break, Jefferson schools Student Nutrition Director Rebecca Blyth had a few days to completely reorganize how the district’s food service program would be run.

With the coronavirus looming, schools closed for the foreseeable future and ever-increasing restrictions placed on people’s work and personal lives, Blyth and other school district officials knew the schools had a role to play in assuring all families had continued access to nutritious meals.

Over the break and the weekend that followed, coordinators rehauled the system.

Last week, the school board gave the go-ahead to administrators to call in essential employees during the extended school closings, and food service workers were among those called in.

But Blyth did not want to put too much pressure on her regular food service staff, many of whom are elderly and potentially at greater risk if they caught the virus.

Of the department’s 20 regular workers, seven are continuing to work during the school closures, while Blyth sought replacements for the others from among other school staff, especially paraprofessionals who might ordinarily be serving as classroom aides.

Last week, the district surveyed families to gauge interest in the food distribution, and the response was strong.

District officials stressed that all families are able to participate free of cost. The distribution is open not only to those who qualify for free- and reduced-price lunches, or even to those who already have food service accounts with the district, but to all families with children in the area.

Initially, planners had thought to require that the children had to be in the car in order for families to pick up the meals.

However, that swiftly changed as planners considered the varied circumstances families might be facing — with some adults continuing in their essential jobs, some working out of their homes, some facing sudden unemployment or drastic hours cutbacks...

Then there are those children who can’t easily travel with the parents, or shouldn’t leave home for one reason or another. As a result, officials recalculated and now parents and guardians are allowed to pick up food with or without children in the vehicle.

There are two pick-up days per week, with families picking up multiple days’ worth of meals at each distribution. Tuesday’s distribution — the first for the Jefferson district — included five meals per person (breakfast and lunch) to last through Thursday, while Thursday’s distribution would include six meals for the rest of the week.

Distributions at each site began at 11 a.m. Tuesday and ran for an hour.

How the process works is that families drive up in their vehicle to either of the two distribution sites — Sullivan Elementary School or Jefferson High School.

Remaining in their vehicles, families tell workers how many children they need meals for. Then the families drive up to the distribution tables, which have just been cleaned. One person the vehicle gets out to pick up the food, and then the table is cleaned and disinfected again before the next family’s food is set out.

In addition, those taking part in the process are instructed to maintain six-foot “social distancing” at all times to prevent the spread of illness.

For the first day of distribution, the district prepared meals for 100 at the Sullivan site and 330 for the Jefferson site.

The response on the first day was great, Blyth said, though she would like to see even more families participate.

Families, for their part, had effusive thanks for the workers who had assembled the meals and assisted with the distribution.

“You guys are doing fabulous,” one mom shouted as she returned to her car, meals in hand.

The employees who had newly taken on food distribution roles received online training before reporting to their new duties.

“This is something new for us, non-congregate feeding,” Blyth said. “During the summer school program we’ve had congregate feeding, where the food must be consumed on site. Obviously, that wasn’t going to work under these circumstances.”

The meals distributed to families included a mix of shelf-stable, perishable, fresh and frozen foods, all individually wrapped.

For example, the Tuesday distribution included frozen pizza, and there was also a grilled cheese sandwich that would have to be warmed. The goal is to provide a variety of food with good nutritional balance. Fresh fruit, fresh vegetables, crackers, cereal, cheese, yogurt, white and chocolate milk and a variety of juices rounded out the offerings.

As soon as the first distribution was over Tuesday, it was back to work for Blyth and her staff. Only nine people could work at a time in four different shifts to prepare the next batch of meals.

“Yesterday, we had the packers working, getting all of the meals bagged up,” Blyth said.

At noon, when Tuesday’s distribution officially wrapped up, another batch of workers would be starting their shift, unpacking new deliveries of food, re-washing all of the produce, and removing the lids from boxes so that the packers slated to work the next day would have an easier start.

Blyth said that she was delighted that a couple of Jefferson Police Department officers showed up at the high school for the first distribution to make sure everything went smoothly.

They were very welcoming of all and wound up helping with the whole process, she said.

As the process continues, Blyth said she’ll be looking for input from community members as to how to make the process even smoother and how to make sure the district is reaching everyone. Depending on the need, she said, it’s possible that the district would even move to distribution in several neighborhood sites. Delivery is even a possibility down the line, given extreme circumstances.