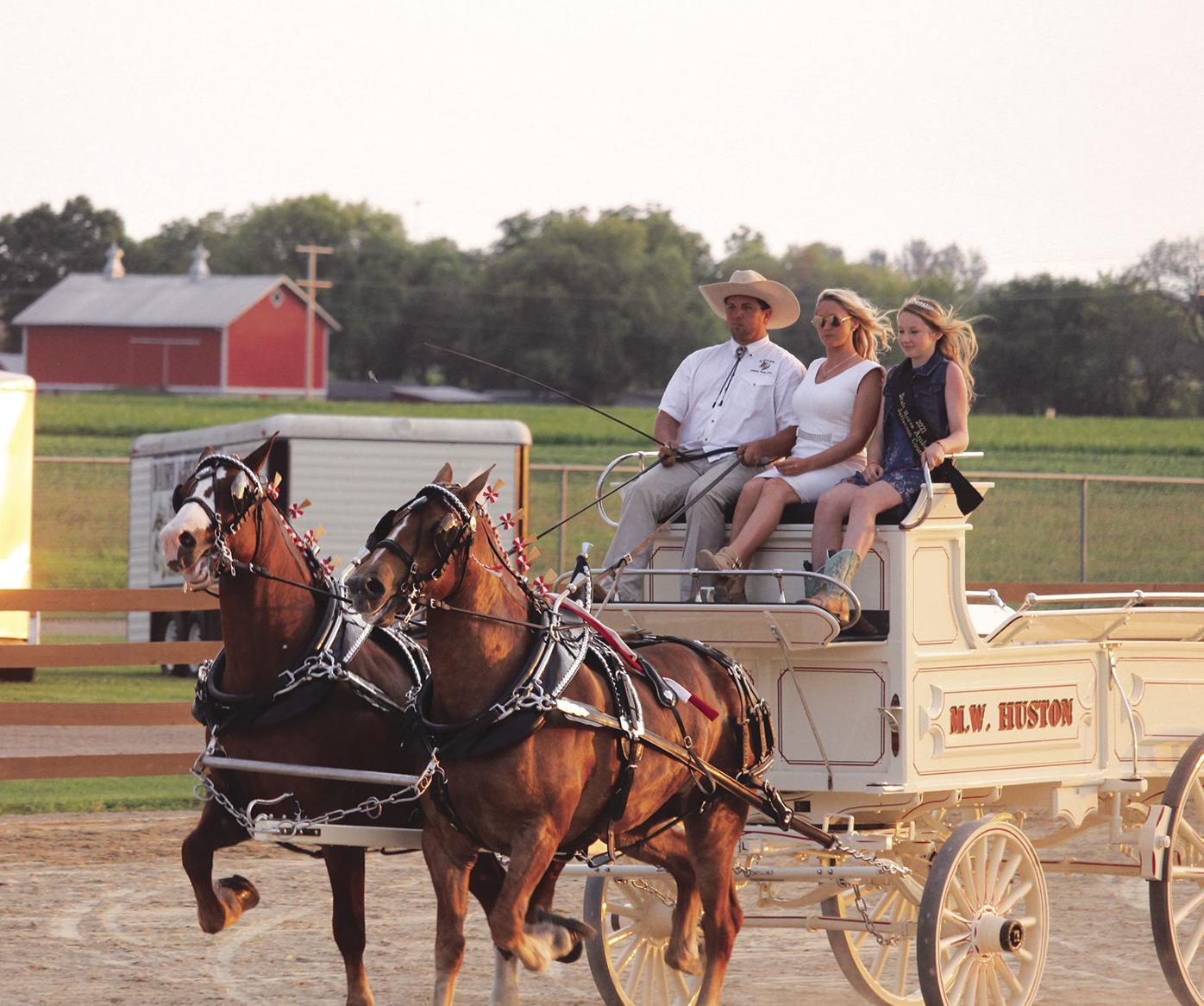 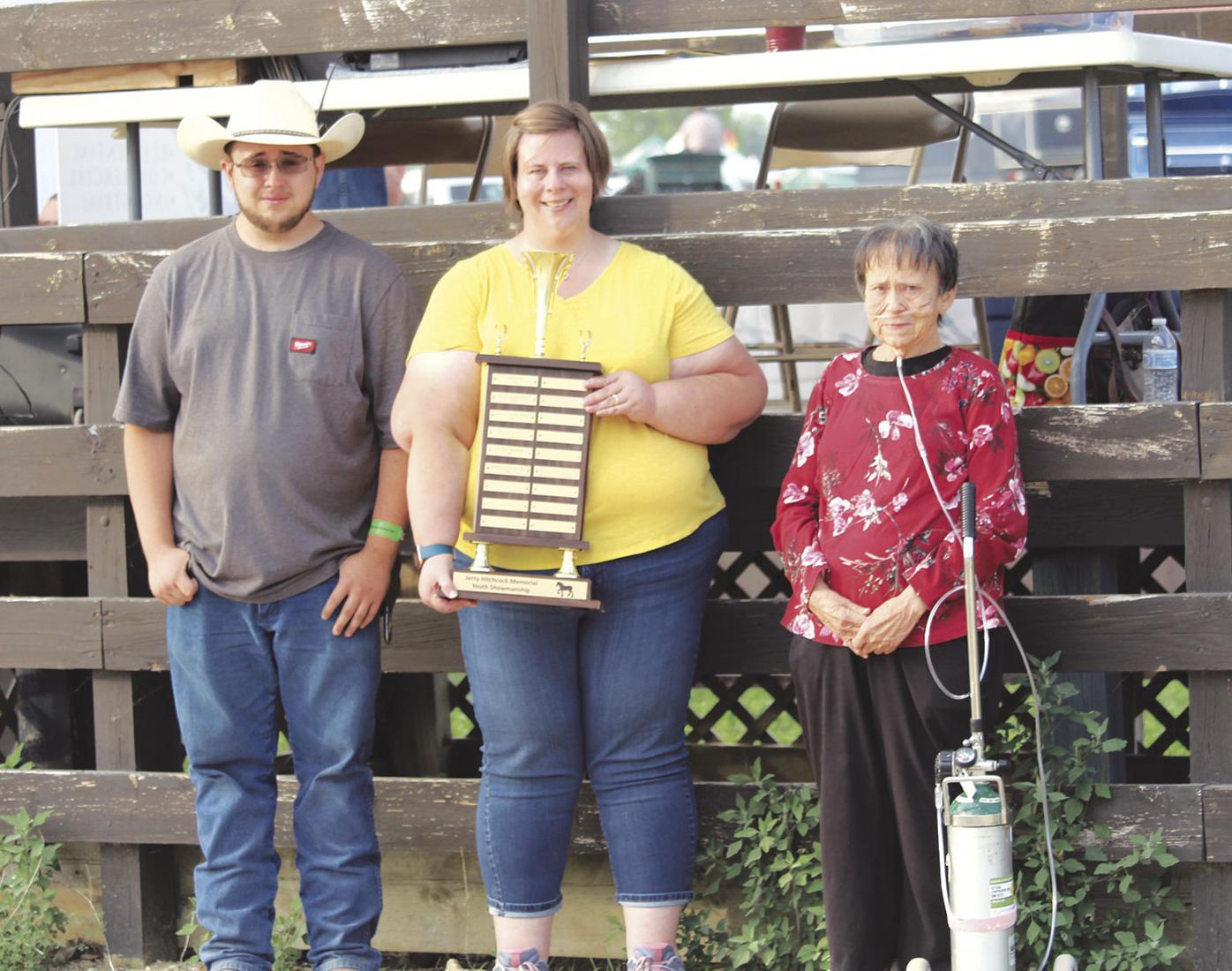 The weather was great for everyone and the animals, the organizers said. The draft horse barns were full.

The association had Belgians, Percherons and Clydesdales represented.

On Friday, July 9, the halter classes and a decorating class were held in which the exhibitor had to braid the forelock, mane and tie the tail in 30 minutes. Friday night was the cart and team classes that included men’s, ladies and junior exhibitors.

On Saturday night, July 10, there was the six-horse hitch followed by the 4 up hitch and unicorn.

The Jefferson County Draft Horse Association ambassador Caitlyn Farrell was present. She had to write a paragraph on why she wanted to be ambassador. She is going to be a freshman at Fort Atkinson High School this fall.

The association also awarded the Jerry Hitchcock award to Nick Fischer of Sullivan. The youth exhibitors that wanted to try to win this award had to exhibit in showmanship at halter, junior cart and junior team. Their placings determined the points they earned and top point getter received a trophy. Fischer is the grandchild of Jerry Hitchcock, who the trophy is named for.