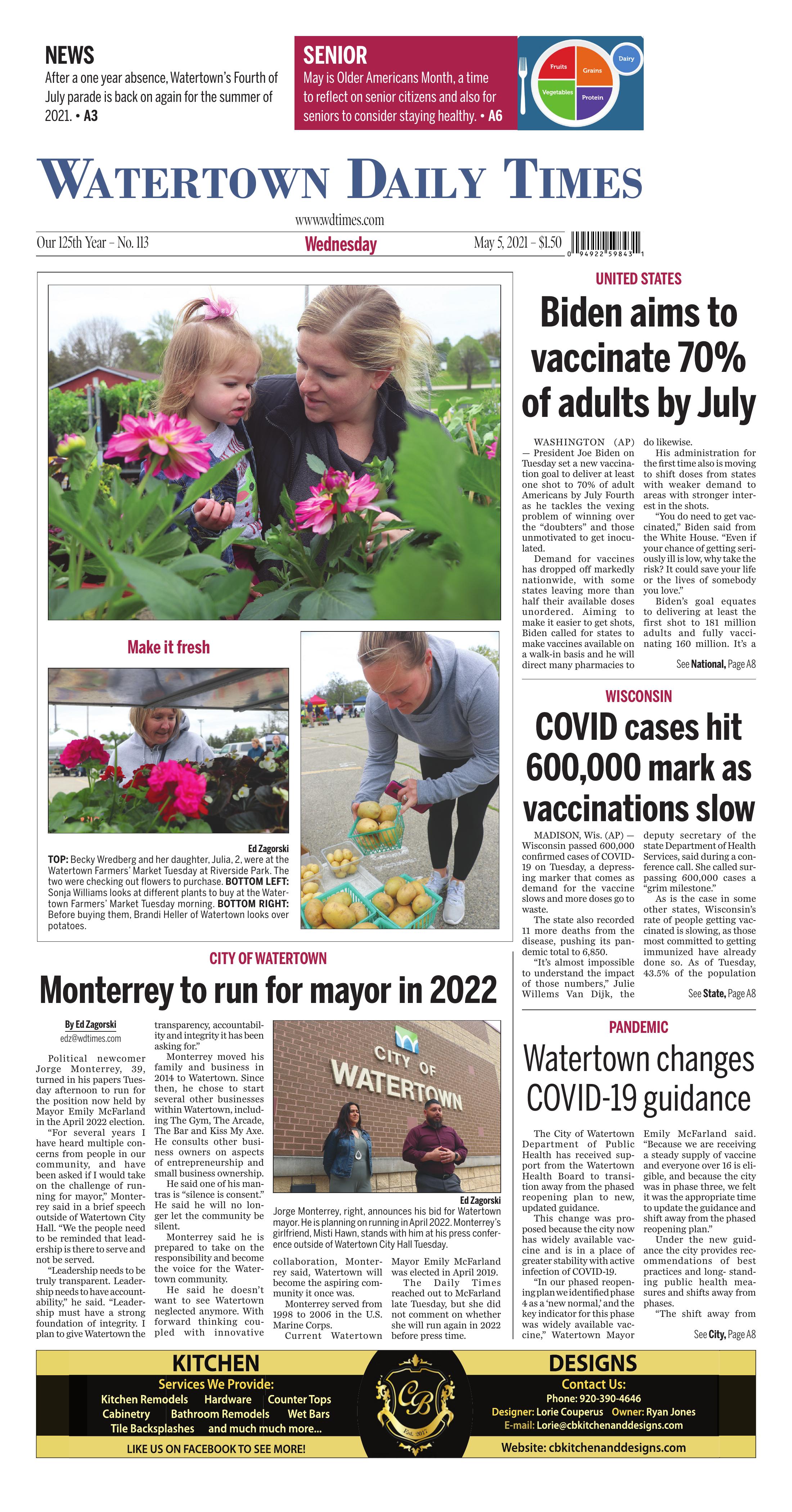 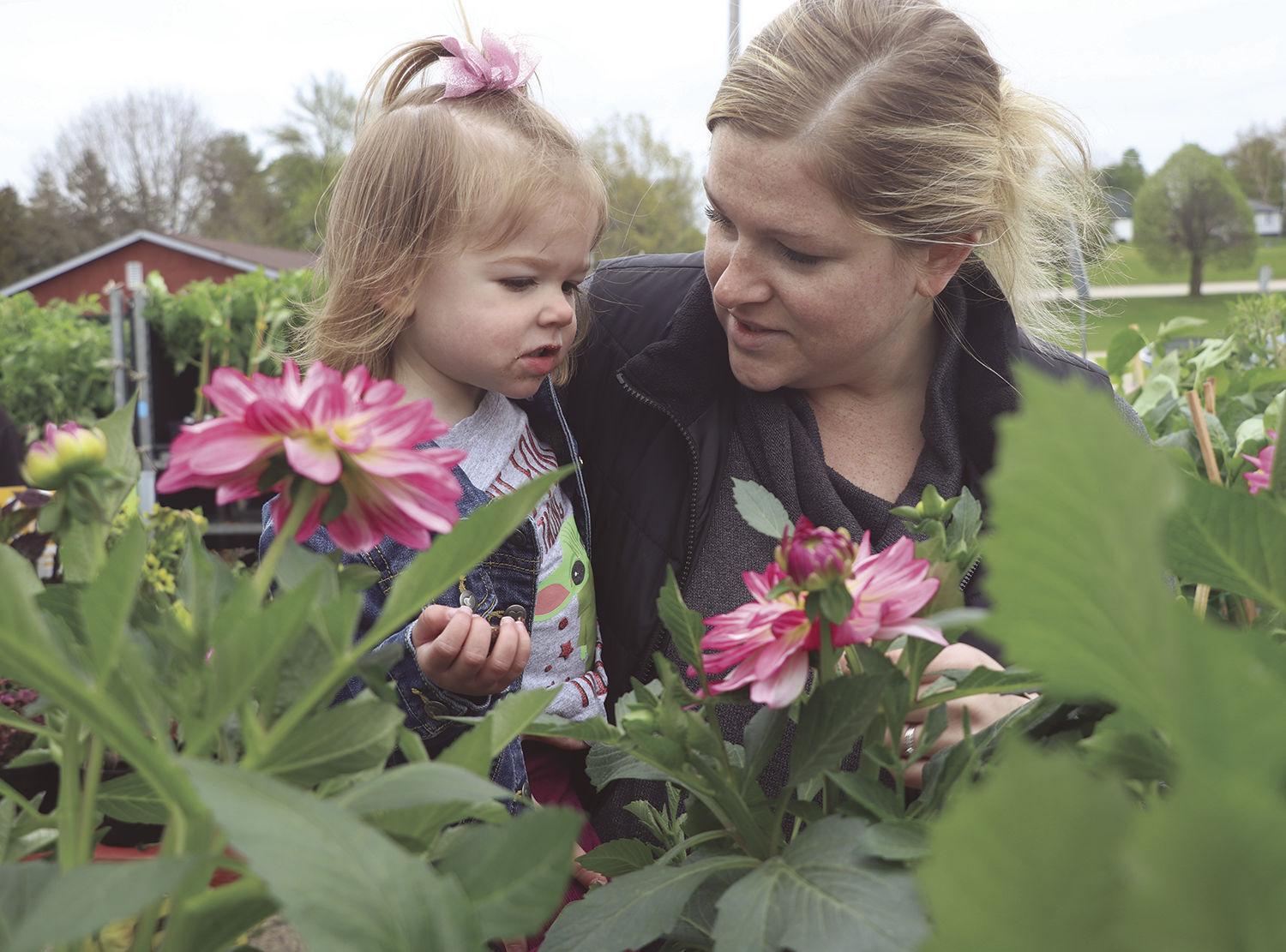 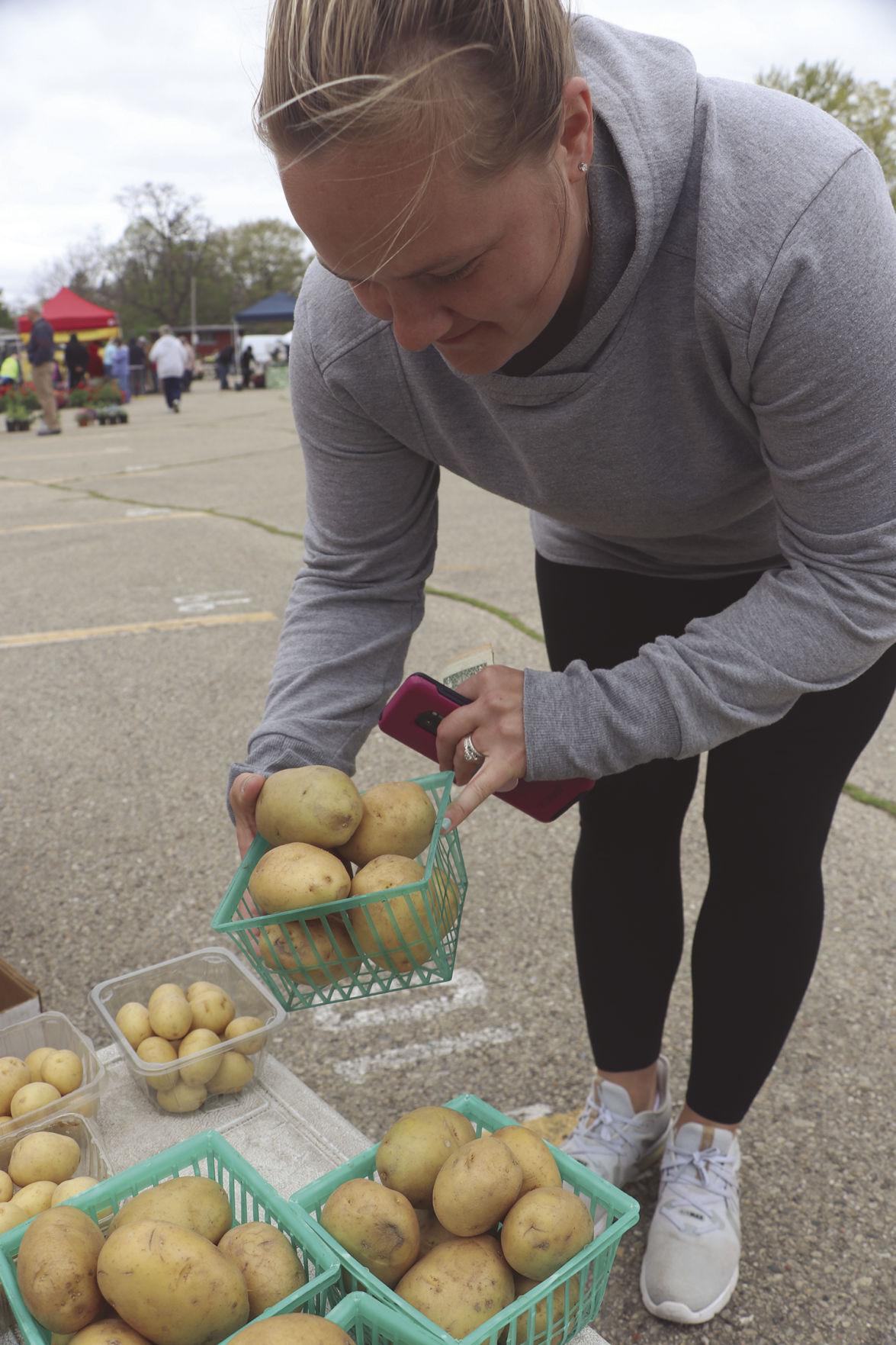 Before buying them, Brandi Heller of Watertown looks over potatoes.

Jorge Monterrey, right, announces his bid for Watertown mayor. He is planning on running in April 2022. Monterrey’s girlfriend, Misti Hawn, stands with him at his press conference outside of Watertown City Hall Tuesday.

Political newcomer Jorge Monterrey, 39, turned in his papers Tuesday afternoon to run for the position now held by Mayor Emily McFarland in the April 2022 election.

“For several years I have heard multiple concerns from people in our community, and have been asked if I would take on the challenge of running for mayor,” Monterrey said in a brief speech outside of Watertown City Hall. “We the people need to be reminded that leadership is there to serve and not be served.

He said one of his mantras is “silence is consent.” He said he will no longer let the community be silent.

Monterrey said he is prepared to take on the responsibility and become the voice for the Watertown community.

He said he doesn’t want to see Watertown neglected anymore. With forward thinking coupled with innovative collaboration, Monterrey said, Watertown will become the aspiring community it once was.

The Daily Times reached out to McFarland late Tuesday, but she did not comment on whether she will run again in 2022 before press time. 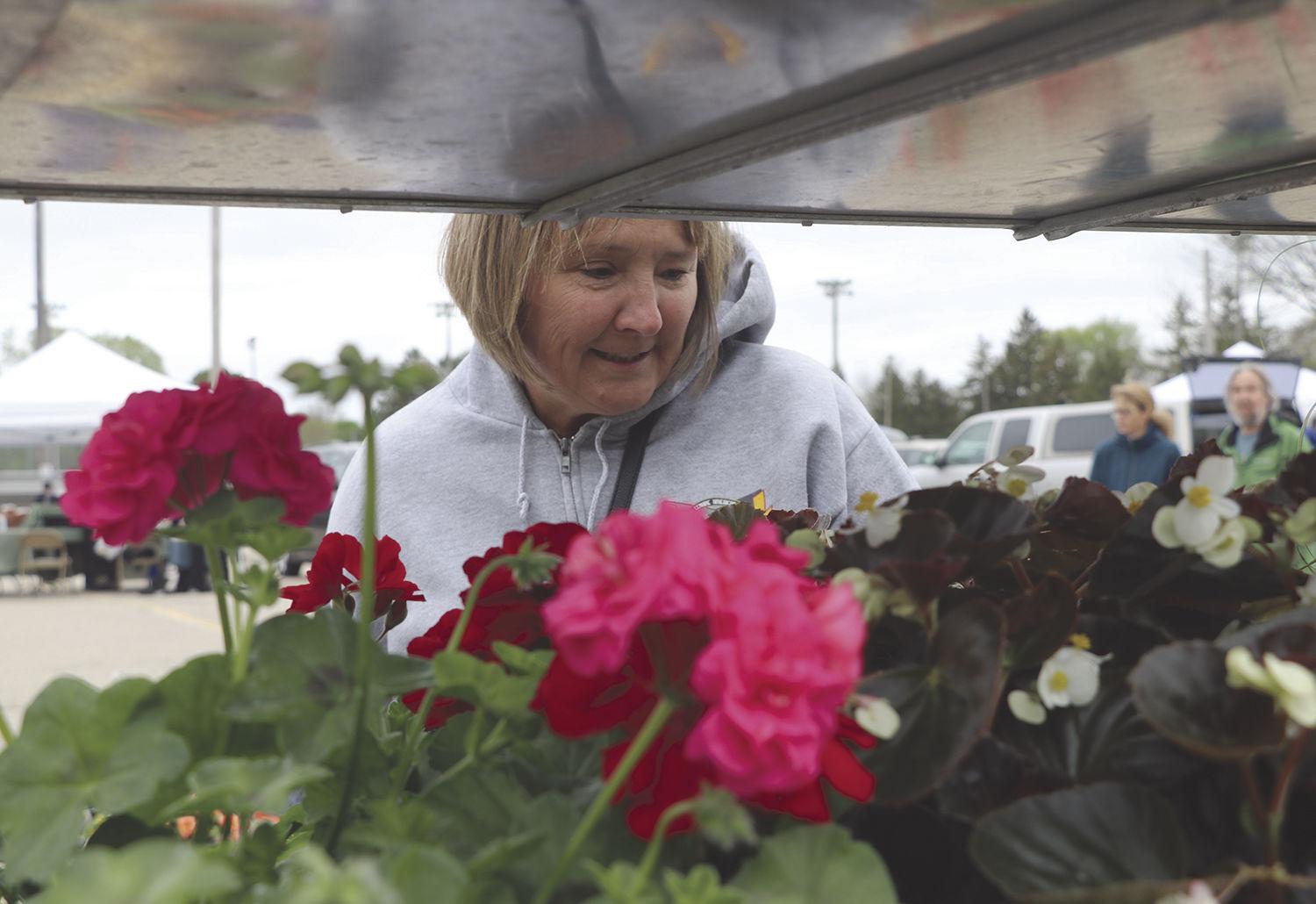 The City of Watertown Department of Public Health has received support from the Watertown Health Board to transition away from the phased reopening plan to new, updated guidance.

This change was proposed because the city now has widely available vaccine and is in a place of greater stability with active infection of COVID-19.

“In our phased reopening plan we identified phase 4 as a ‘new normal,’ and the key indicator for this phase was widely available vaccine,” Watertown Mayor Emily McFarland said. “Because we are receiving a steady supply of vaccine and everyone over 16 is eligible, and because the city was in phase three, we felt it was the appropriate time to update the guidance and shift away from the phased reopening plan.”

Under the new guidance the city provides recommendations of best practices and long- standing public health measures and shifts away from phases.

“The shift away from phases to standardized guidance is the biggest change,” Watertown Health Officer Carol Quest said. “Because we no longer have phases, the presentation that is provided on Wednesday of each week will look different as well.”

The new presentation will include key numbers, both about cases and vaccines, as well as provide relevant and timely information and updates.

While progress in the community has been promising, the city will continue to evaluate and monitor the numbers closely and will respond accordingly should that be necessary.