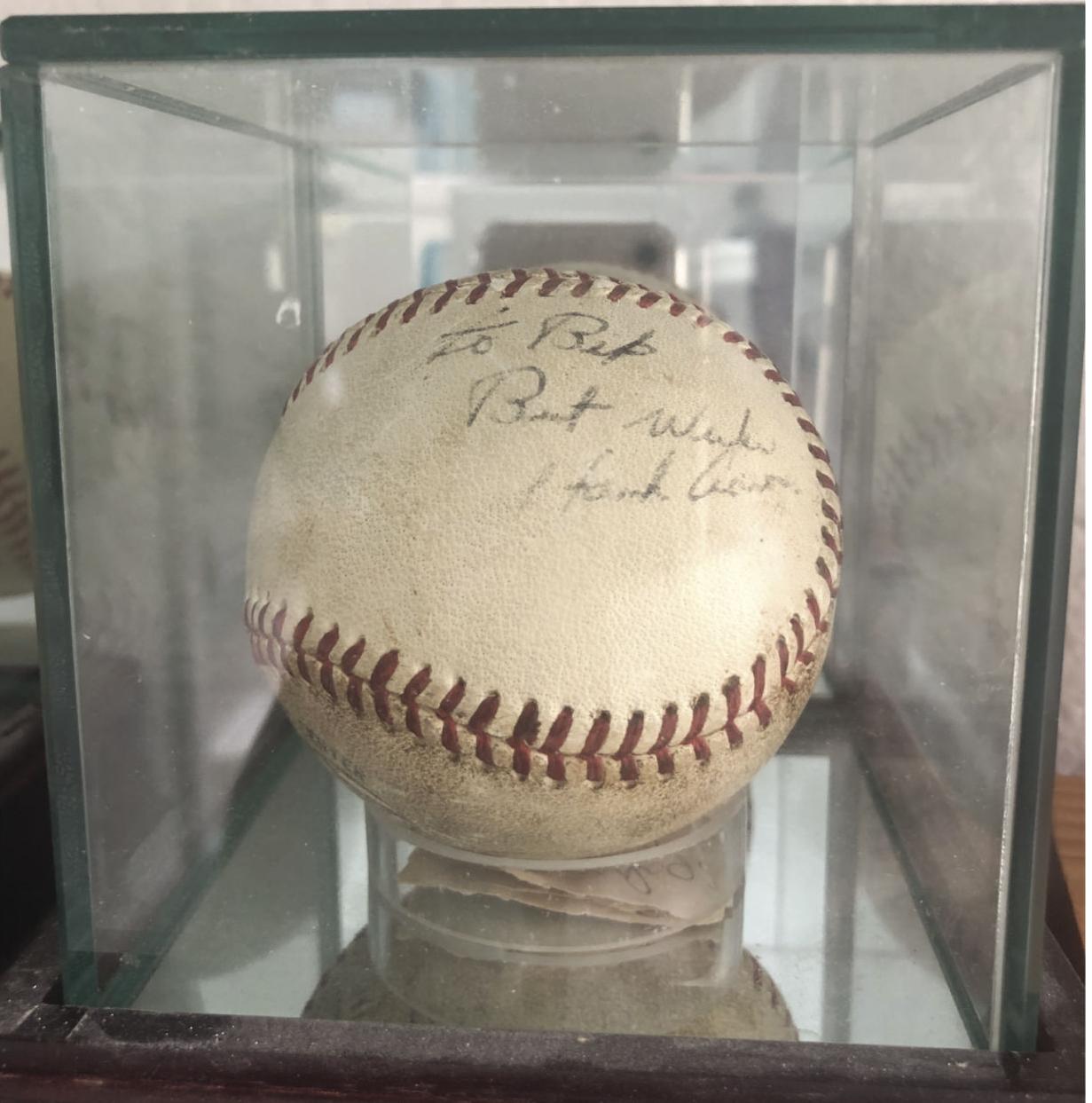 The baseball signed by Hank Aaron for Waldo “Bip” Potter. 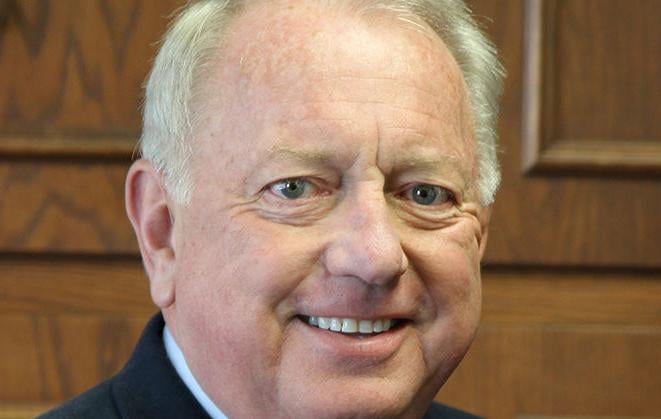 The baseball signed by Hank Aaron for Waldo “Bip” Potter.

Autographed baseballA few weeks ago I wrote about some local recollections of baseball great Hank Aaron. One of them was a large photo I had autographed by Hank. The photo was of the last time he was at bat in the Major Leagues.

I also wrote in a subsequent column about a Hank Aaron autographed baseball for an old friend of mine Waldo “Bip” Potter. After Bip was paralyzed late in life and lived at his home, Bip’s son, Wayne, wanted to do something for his dad. Wayne was an acquaintance of Hank Aaron who visited Wayne occasionally at his workplace, a lumber yard in the Milwaukee area. Wayne asked Hank if he would sign a baseball for Bip as a way to cheer him up and Hank quickly obliged. I said that although Bip died years ago, the baseball still is in the hands of the family.

Well, I received several letters and emails from various family members and they confirmed the ball did pass through the hands of different members.

One of the contacts was from Melissa Hartnett, a great granddaughter of Bip, who how has possession of the ball and she assured me it will remain with her and the family a long, long time. Melissa sent along a photo of the ball encased in plastic. What a cherished memory, probably going back over 65 years.

This week my wife and I received our second COVID-19 vaccinations at the Watertown Senior and Community Center and everything went as planned. The shots given here in Watertown are all from Moderna which requires two shots, a month apart.

When we went to the senior center a month ago, vehicles were parked everywhere and there were lines of people waiting to go through the various stations leading to the actual shot itself.

We were envisioning the process would take a long, long time, but to our surprise it went amazingly quick.

We arrived at the center about 15 minutes before our scheduled appointment, went through the lines quickly and amazingly our first shot was in the arm 1 minute before the scheduled time. We then sat quietly for 15 minutes to be sure there were no immediate bad reactions, and then we were free to leave.

This week worked about the same but the number of people at the center was less than the first time. Again, we spent probably all of 25 minutes, including the 15 minute post vaccination resting period, in the center.

Most people who know we have now received both shots ask if we had any noticeable side effects. I had virtually none. On the first day, I felt a bit less than perfect, maybe 95% of full steam but the second day all was just fine. My wife had a little stiffness, chills, etc. but again it was only for a single day.

From our experience, a little discomfort for a day is far better than getting the virus and feeling crummy for days and days.

We were impressed with the way Carol Quest and the health department coordinated these clinics. It was highly organized and people got their shots right on time and with minimum advance waiting time.

In our first visit there were four stations set up at the center and the second time there were three stations.

Lots of volunteers and professional workers were on hand to ensure the smooth operation.

More are scheduled in the near future and it won’t take long before the majority of those who want the vaccine will have it in their arms.

Carol, your team did an excellent job!