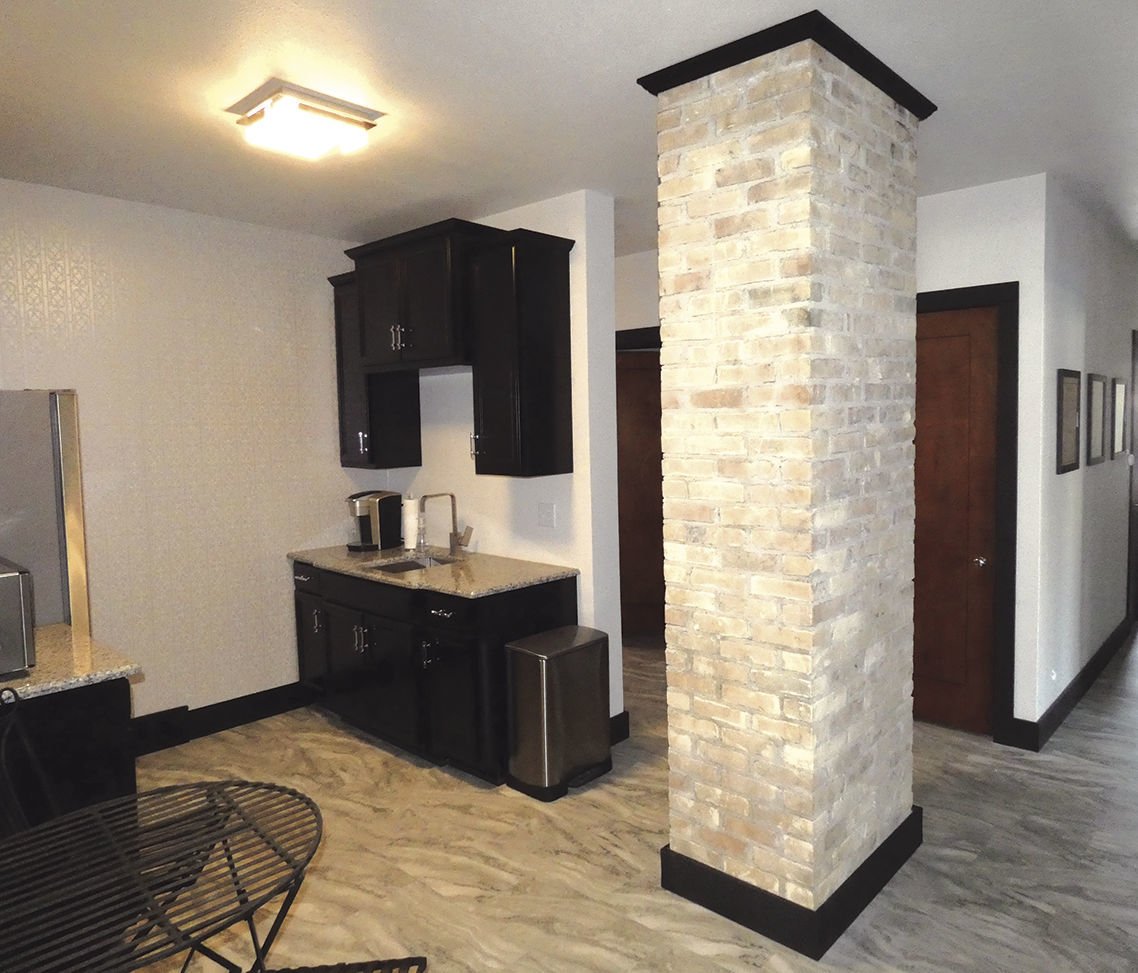 Part of the interior redesign of the DECO building included exposing an old chimney in the space which Dan Rahfaldt said, “Probably hasn’t seen the light of day in 80 years.” 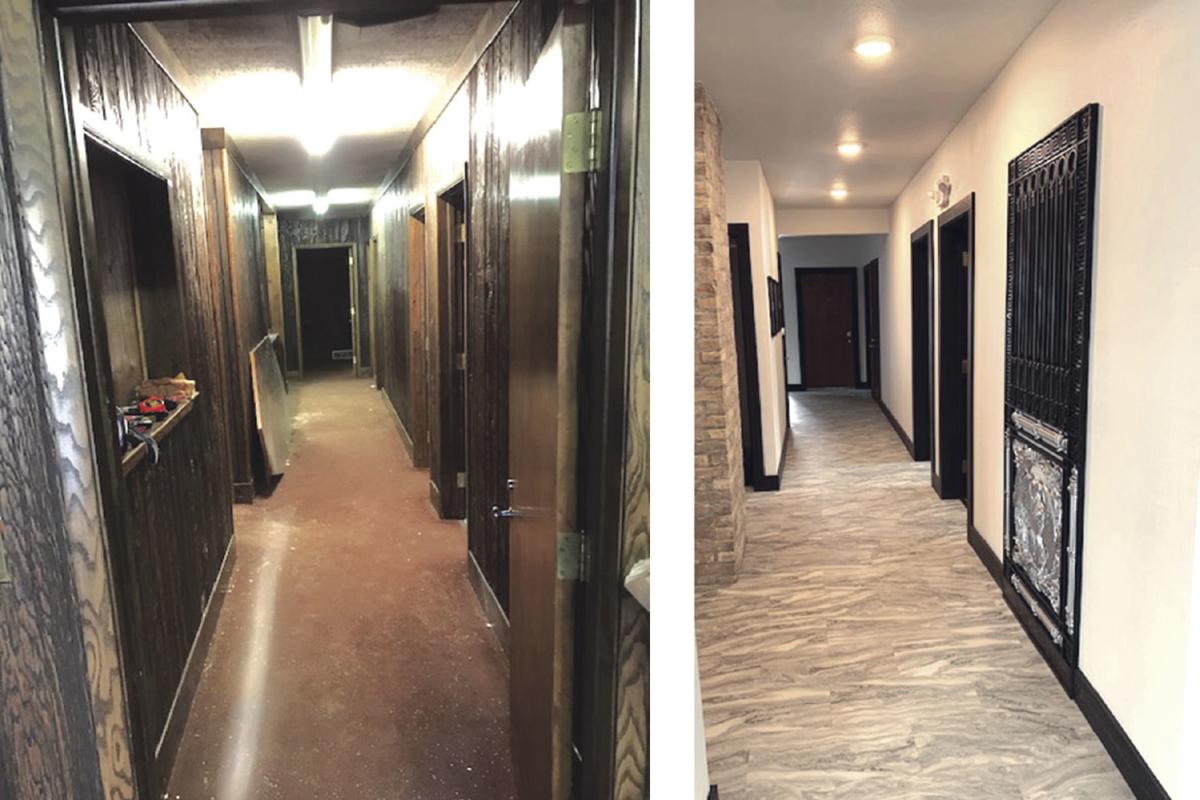 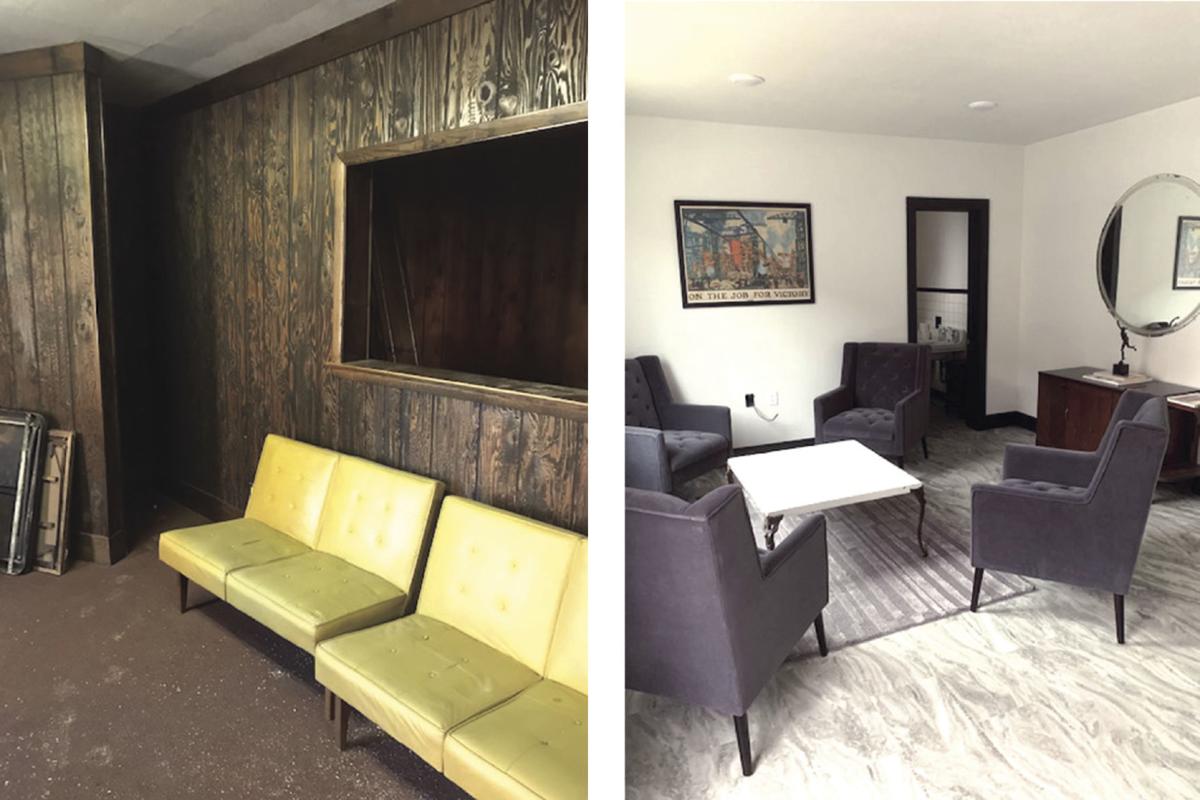 This picture shows what the lobby of the DECO building, 114 S. 4th St. looked like before, left, and after, right, redevelopment.

The DECO building, 114 S. 4th St., has had an interior makeover completed by Dan and Kim Rahfaldt, owners of Deerfield Properties, which is dedicated at redeveloping downtown Watertown properties.

Part of the interior redesign of the DECO building included exposing an old chimney in the space which Dan Rahfaldt said, “Probably hasn’t seen the light of day in 80 years.”

This picture shows what the lobby of the DECO building, 114 S. 4th St. looked like before, left, and after, right, redevelopment.

The style known as art deco is not as prevalent as it once was.

Once a dominant architectural style for the United States and many parts of Western Europe during the 1930’s, art deco is noticed mostly for its simplicity, with straight edges, symmetry and repetition of patterns. One may think of the design as something seen in the visuals of The Great Gatsby or the Empire State building, a monument to the design of the era.

Watertown has its own monument to this once-fashionable trend, now mostly lost to history, and for the first time in decades, that building is now ready for the modern era.

The “DECO” building, 114 S. 4th St., was a play on words by current owners Dan and Kim Rahfaldt as both an homage to the art deco exterior of the building as well as its new purpose as the “Downtown Economic COmplex.” The nondescript, boxy orange brick building may seem old-fashioned upon first appearance, but the interior is anything but.

The Rahfaldts, owners and operators of Deerfield Properties which has specialized in the development of properties in downtown Watertown, saw the space as an opportunity to create something new for the area, while maintaining its original, unique look. This has been the mentality for Deerfield Properties since its first renovation at 202 West Main St. when Dan was simply looking for an office outside of his home to complete his industrial sales.

“We are not looking at flipping buildings, we are looking to create and redevelop existing inventory,” Dan said. “We want to create a nice enough space that people are attracted to with nicer finishes.”

That is exactly what the pair did at the DECO building.

First built in the 1930’s, the building was owned by a doctor, who made the space his office since 1965. In many respects, it seemingly didn’t leave that era and for the past decade sat completely dormant. Upon their arrival at the space, the Rahfaldts said it was dirty and dingy with dark, wooden paneling adorning every inch of wall at the 2,400-square-foot space.

“It was dark,” Kim said. “You felt enclosed when you were coming in.”

Typically, the pair try to keep some historical aspects of the buildings interior, as a look back to what the space may have been like, but not in this case.

“There was nothing historical here,” Dan said. “It had it’s ‘50s or ‘60s era renovation, but it was in complete disrepair.”

Now when entering the space, guests are greeted by clean, white walls and white tile floors, which shine from the sunlight coming through two large windows near the front door. Light seemingly falls into the corner of each room as each of the buildings eight offices have windows providing natural light to the space. New carpets sit beneath the feet of each guest entering the office rooms.

What once was a reception area, complete with a check-in counter cut through one of the walls, is now a modern kitchen space for all residents of the space to use. Only a few items in the space are original, including the entryway bathroom, a newly exposed chimney and the office-room doors. Otherwise, the space has no direct ties to its past.

The space’s eight offices can be broken into three suites, according to Dan, and the building also has six bathrooms, including two private baths attached to offices and one ADA-compliant bathroom near the kitchen. Four of the offices are currently occupied, including one by Dan, but he’s not hoping to stay if a tenant can be found.

“I am willing to move out,” Dan said with a laugh.

For the Rahfaldts, renovating the spaces is more than just keeping the building’s historical value or giving them some money toward a new project. It’s about helping the city they have both been a part of since 1994.

“We’re not looking to do new development. We want to take the inventory (in the city) and make it better,” Dan said. “We want to make it more salable to help bring more businesses and attract business to downtown and we’re excited for the changes like the library expansion and the Town Square.”

The couple is currently trying to rent out space for the building and are actively looking for tenants. The hope for the Rahfaldts would be to bring in people quickly so they can put their full focus on their current project, a commercial warehouse space on O’Connell Street, and their next project of adding three apartments to the second and third floor of 200 West Main Street.

“We just want to see Watertown improved on top of making an investment,” Dan said. “(We’re) more than happy to sell this and go do another one.”

“We are looking for the next opportunity,” Kim said.

More information on the property and the other properties being done by the Rahfaldts can be found on the Deerfield Properties website.