You are the owner of this article.
Edit Article Add New Article
1 of 5 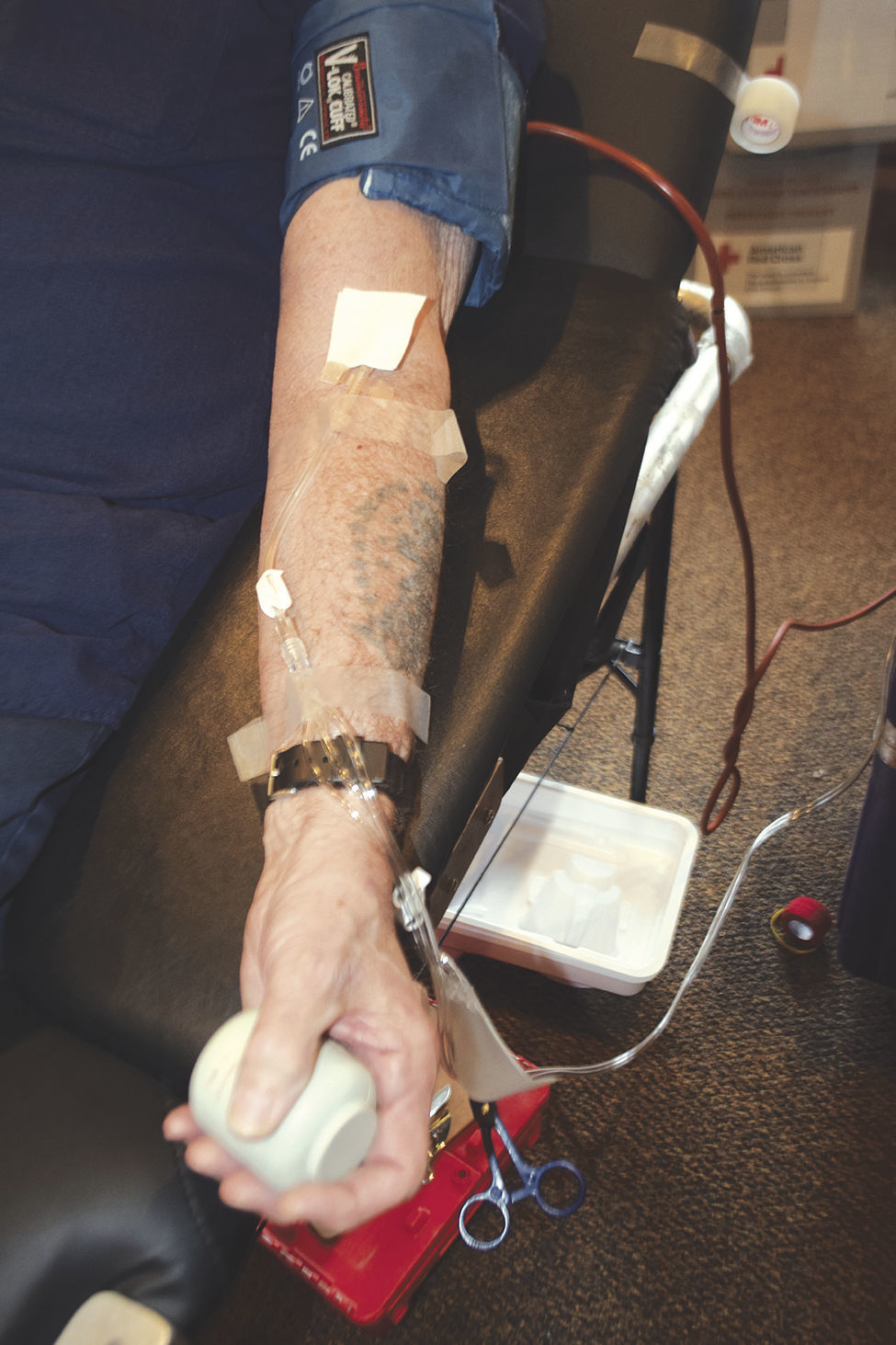 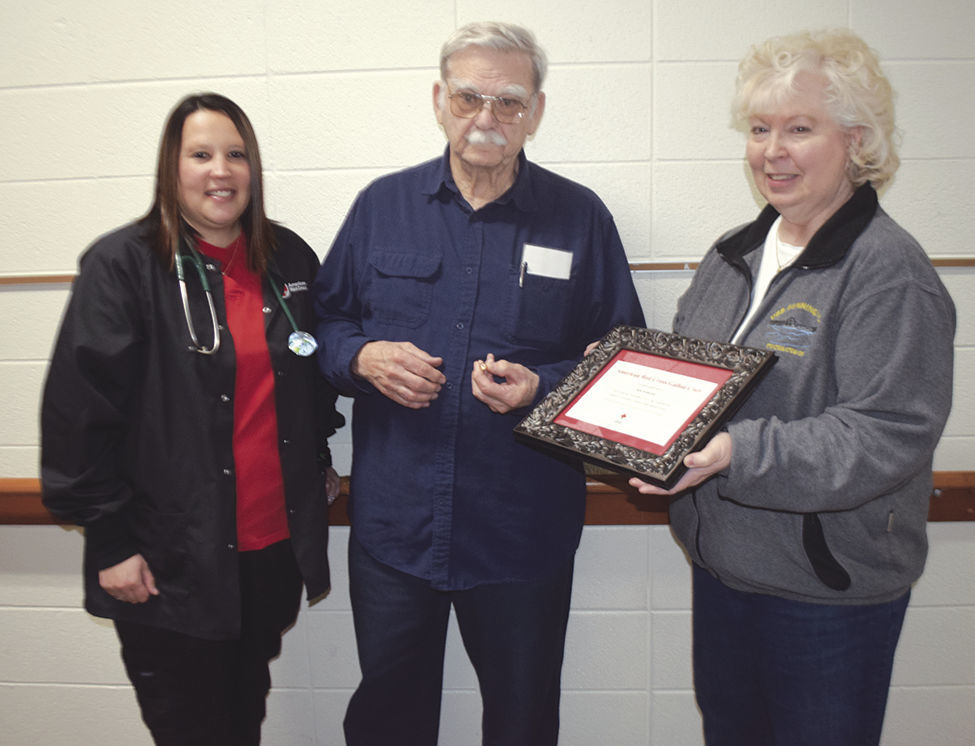 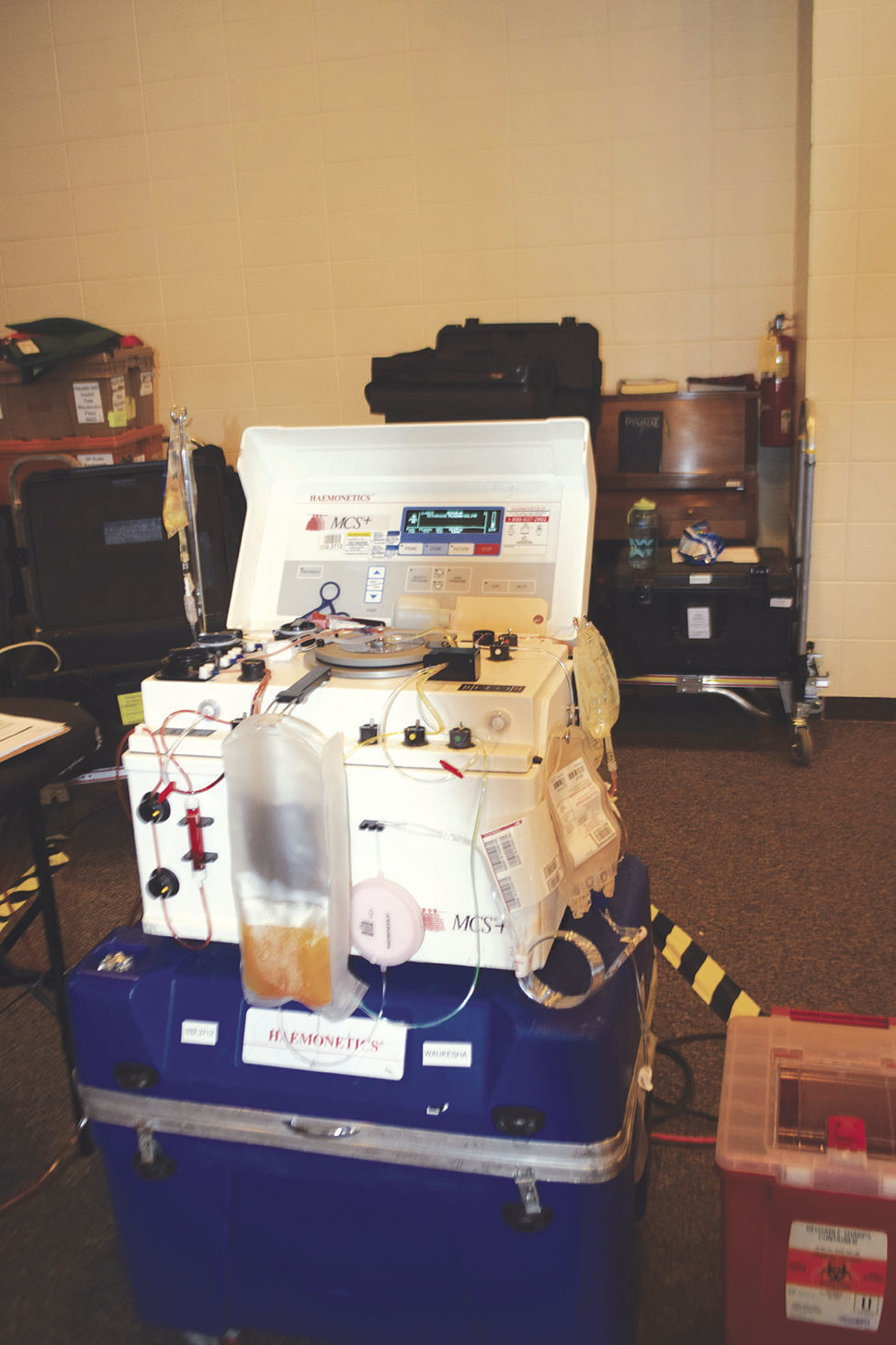 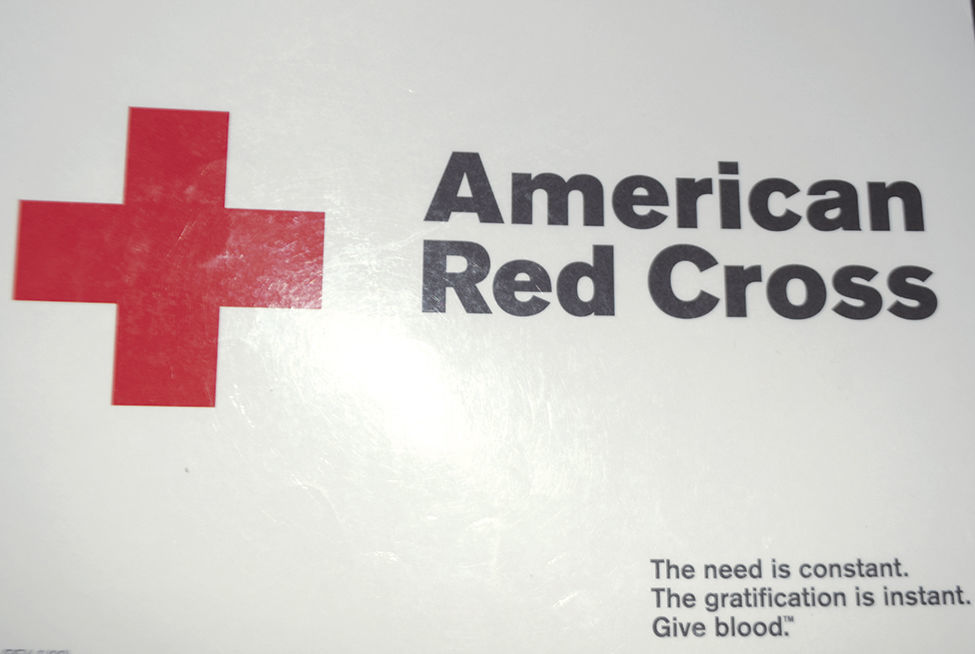 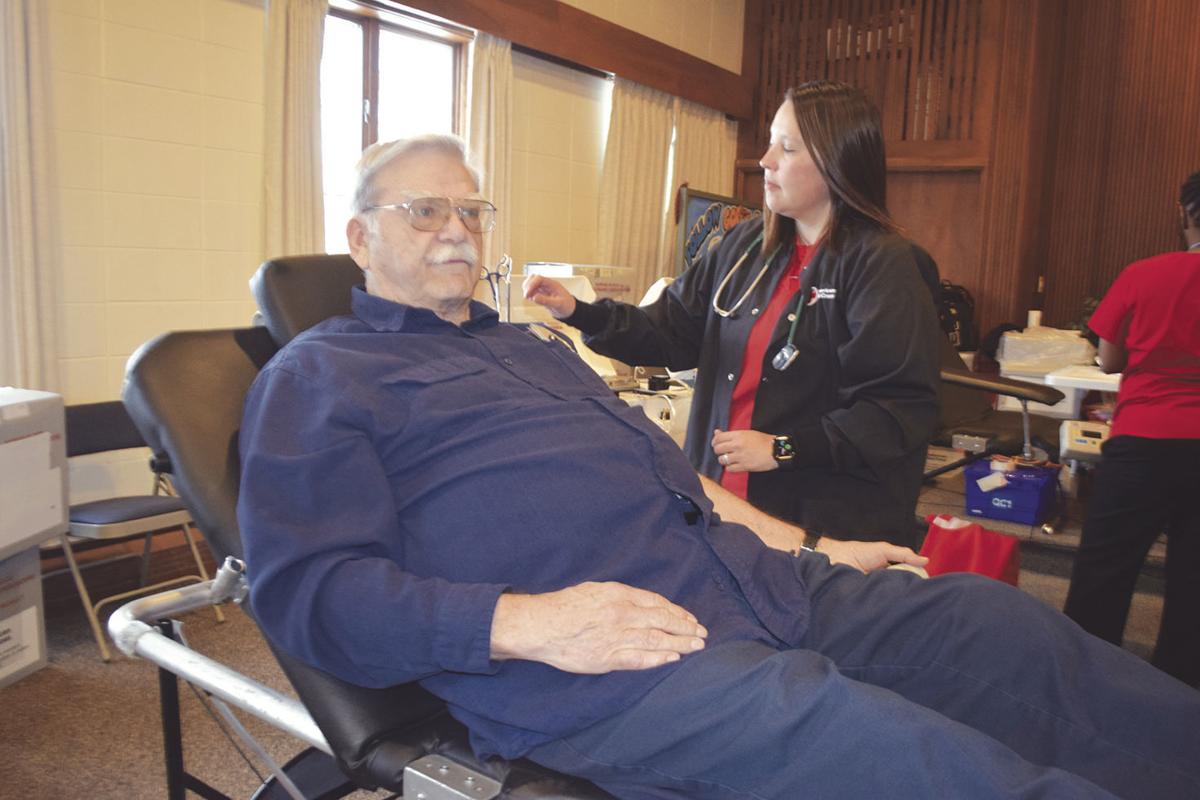 Bob Webster of Watertown has donated 25 gallons of blood over the years. He first started donating blood in either late 1956, early 1957. Assisting at the blood drive was Kim Balboa-Sullivan of the collection staff for the American Red Cross.

Bob Webster of Watertown has donated 25 gallons of blood over the years. He first started donating blood in either late 1956, early 1957. Assisting at the blood drive was Kim Balboa-Sullivan of the collection staff for the American Red Cross.

What started as a good deed for a young serviceman, turned into a lifetime of saving lives for one Watertown man.

"It is hard to say how many people he has saved," said Kim Balboa-Sullivan, American Red Cross collection staff during a recent Watertown community blood drive. "We don't see a lot of 25 gallon donors."

Balboa-Sullivan said that in her 10 years with the American Red Cross, she has only seen one or two people that have hit the 25 gallon level.

Each pint of blood donated helps up to three people, the Red Cross worker said. "Most of your blood goes to babies, or trauma cases," she told Webster at a pin and certificate ceremony held late last year.

Webster has type 0 negative blood, which is the universal blood type and can be given to anyone, especially infants and those in accidents where the recipient's blood type is unknown.

Since Webster began donating Power Reds, or doubles, it is difficult to know how many people he has helped, Balboa-Sullivan said. With a Power Red donation, one can give nearly twice the amount of red cells and help more patients. This type of donation uses an automated process that separates red blood cells from the other blood components, and then safely and comfortably returns plasma and platelets to the donor.

Donors receive cards from the American Red Cross indicating who received their blood. Webster received many cards over the years.

"It is like a good oil change for you," Balboa-Sullivan told the veteran blood donor at the ceremony held during a blood drive in Watertown. The certificate from the American Red Cross Gallon Club stated, "In grateful appreciation to Bob Webster who on Nov. 5, 2019 has completed donation of 25 gallons of blood to help patients in need. On behalf of the many people who have helped, we offer our sincere thanks!"

"He is in a select group," said Watertown's Red Cross Blood Coordinator Mary Petrie. She has known Webster since she was a child, as her father, Bill Connor was on the police force with Webster. Her mother, Mary Connor, was the blood drive coordinator prior to her taking over.

Petrie described Webster as a faithful donor, a good person and community oriented, being a veteran and a city police officer for many years. "We appreciate him coming back, and back and back," she added.

"I will go until I can't no more," Webster said. "It will all depend on my health. I am going to go one gallon at a time."

The 83-year-old said if he would have donated blood every time he was eligible, he would be at the 30-gallon mark. There were only rare occasions when he was unavailable on the dates of the community local blood drives.

Over the years, he has received many pins and certificates. He said he has a window-box full of pins and a stack of donor cards.

People can donate blood every 56 days. Those who donate double, need to wait 112 days between donations. Webster started out donating blood six times a year, but with doubles, now he donates three times a year.

Webster took a long pause when asked the first time he donated blood. It was in either late 1956 or early 1957, he said, as he held his head and recalled the day.

He was in the Marine Corps in California. One of his buddy's grandmother needed blood, he said. A bunch of guys went to donate and after supplying blood, the guys visited with the grandmother. The family took the recruits out to eat to a hamburger joint, he said.

It made an impact on the young man, although he did get light-headed after his first donation. He attributed it to the dancing the guys did after their good deed. "I should have known better," he said. "But, I still went back (to donate blood)."

He started donating regularly after the military, when he was in Washington, D.C. "I got into donating blood when I got in the police academy," the former police officer said. "The whole class would go to the blood bank," he added.

Webster, who was born in West Bend, came to Watertown in 1959 and continued to be a regular blood donor.

He recalled all the various locations the blood banks were held over the years,, including Lincoln School, Immanuel Lutheran Church on Ninth Street, the Armory on River Drive, Turner Hall and the current location at United Methodist Church. He said it was also held a couple of times in the cafeteria at the old high school.

He was an officer with the Watertown Police Department for 30 1/2 years. For 19 years, he worked second shift, making it convenient for him to get to the blood drive. If needed, he got off of work to donate.

After his retirement from the police force, he worked part-time at the Bethesda Print Shop for 16 years. "At noon, I went to the blood drives," he said.

For a hobby, he had a bicycle repair shop in the city for 30 years.

Over the years, the process of donating blood did not change much, except the number of questions increased for donors, Webster said. "It has gotten so restrictive over the years (with sicknesses and foreign travels).

"You go through the process, they stick you with a needle and you are done," the blood donor veteran said. "The staff has always been great."

While Webster is currently the top blood donor in the city, there are many on his coattails. Franklin Wegner is nearing the 25-gallon mark and Tom Schultz is at about 23 gallons, Petrie said.

And several have come close to the milestone, Petrie said. Her father was at 21 gallons when he passed away and Wes Alteis passed away a couple of years ago just shy of the 25-gallon mark. "We have a lot of faithful people that keep coming back."